This collection of films champion the imperative of taking matters into your own hands and how grass roots movements can change the world.

Brazen Hussies 2020 charts the women’s liberation movement which began by having conversations together, BIFF closing night film Firestarter: The Story of Bangarra 2020 and Looky Looky Here Comes Cooky 2020 are both a testament to the power of proudly telling your story, White Riot 2019 showcases how the punk scene dealt with racism and Vivos 2020 directed by artist Ai Weiwei, focuses on the Mexican families standing up to their government and demanding justice.

2. Firestarter: The Story of Bangarra 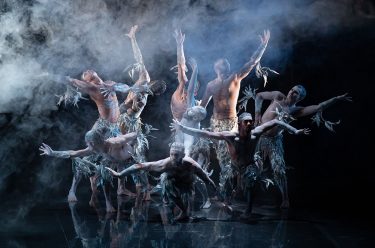