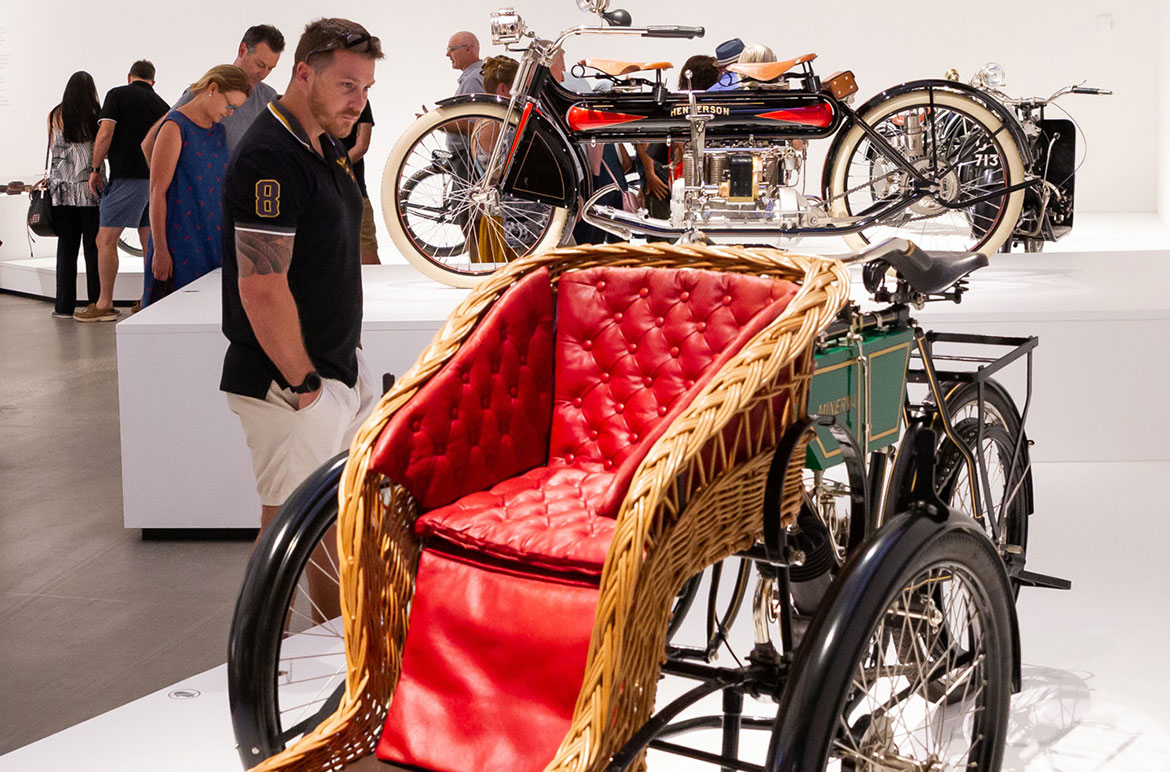 In the early 1900s, motorcycle manufacturers were still experimenting with the best position for a passenger. At the time, designers were largely focused on placing the passenger behind the rider, using a trailer; or in front of the rider, using a forecar. While in a forecar, the passenger was not subjected to exhaust fumes or road debris — as they would be in a trailer — but it did place them in a vulnerable position where they partially obscured the rider’s vision. Because of this, forecars were only produced for a few years. Sidecars were eventually developed to complement motorcycles and allowed a passenger to travel comfortably across great distances.

1 Minerva with Mills and Fulford Forecar 1903 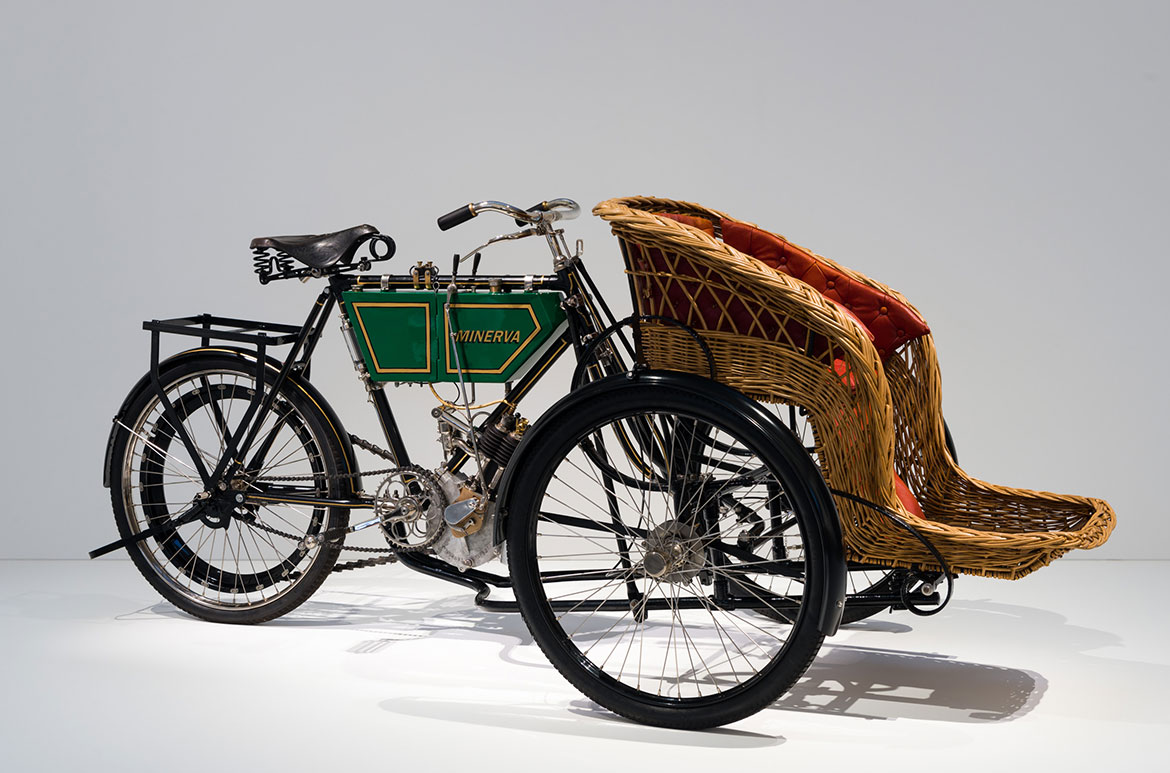 After manufacturing bicycles in the late 1800s, Minerva Motorcyclettes produced motorcycles from 1901 until 1908. While they were not among the first companies to make the switch, they did offer one of the first viable proprietary engines. As well as powering their own motorcycles, Minerva’s engines were supplied to many other European manufacturers, including Phoenix, Triumph and Peugeot. The Henderson Motorcycle Company was established in 1912 and went against prevailing single-cylinder and V-twin engine types from the start. In a shrewd move, founders William and Tom Henderson instead produced a series of in-line four-cylinder designs that were the fastest two-wheeled machines of their time.

Unlike other early twentieth-century motorcycles that used single-cylinder engines, the Henderson Four boasted a larger four-cylinder engine, inspiring the marque’s name. An engine of this size was more common in cars and demanded an elongated frame to support it, but the Henderson was fast, light and reliable, and set many long-distance and speed records This extra length also allowed a second saddle for a passenger to fit in front of the rider — the only question being where to put the extra person. This variant of the Henderson has the passenger sitting in front of the rider. This rare first-year model is rumoured to be one of only six left in existence. 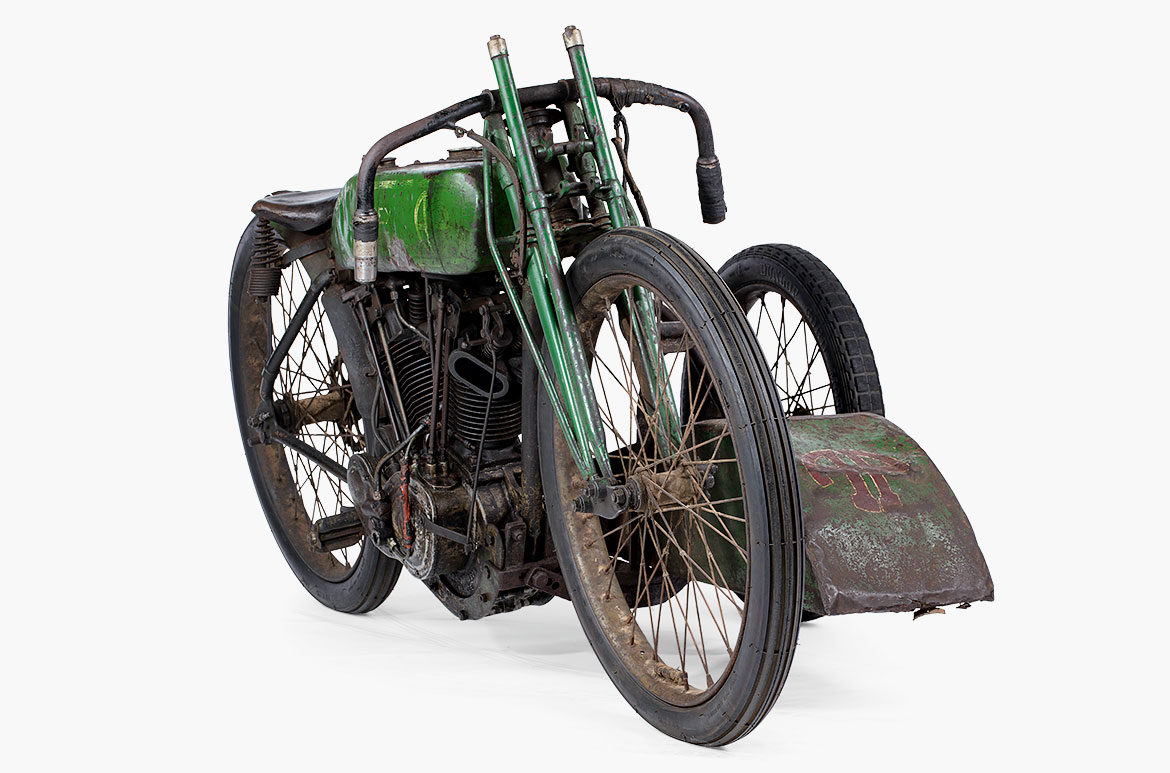 This original and unrestored example of a Harley-Davidson 8-valve racer features a banking sidecar, which was added to the motorcycle after it was purchased and can be angled to adapt to whatever tracks the bike was running on. The motorcycle was imported into Melbourne in 1932, and raced with great success by Rothie and Digger Smith and their brother-in-law Robert Bennell, all sharing rider and passenger duties. It was retired as a still-running, complete machine – rare for a bike of such historic importance.

Harley-Davidson built their last batch of countershaft 8-valve racers in 1927. By then, circuit racing in the United States had been confined to 350 cc machines, and hill climbing to 750 cc machines. This particular bike is believed to have last raced sometime in the 1930s, competing in Victorian dirt track events. The Indian Chief is a classic icon of American motorcycling, first released in 1922. In 1940 the model was upgraded to have a large, skirted fender and new sprung frame superior to rival Harley-Davidson’s unsprung body. While sidecars were always offered as a complement to the Chief, their streamlined design did not achieve the same iconic status. However, sidecars allowed a passenger to travel comfortably across great distances. 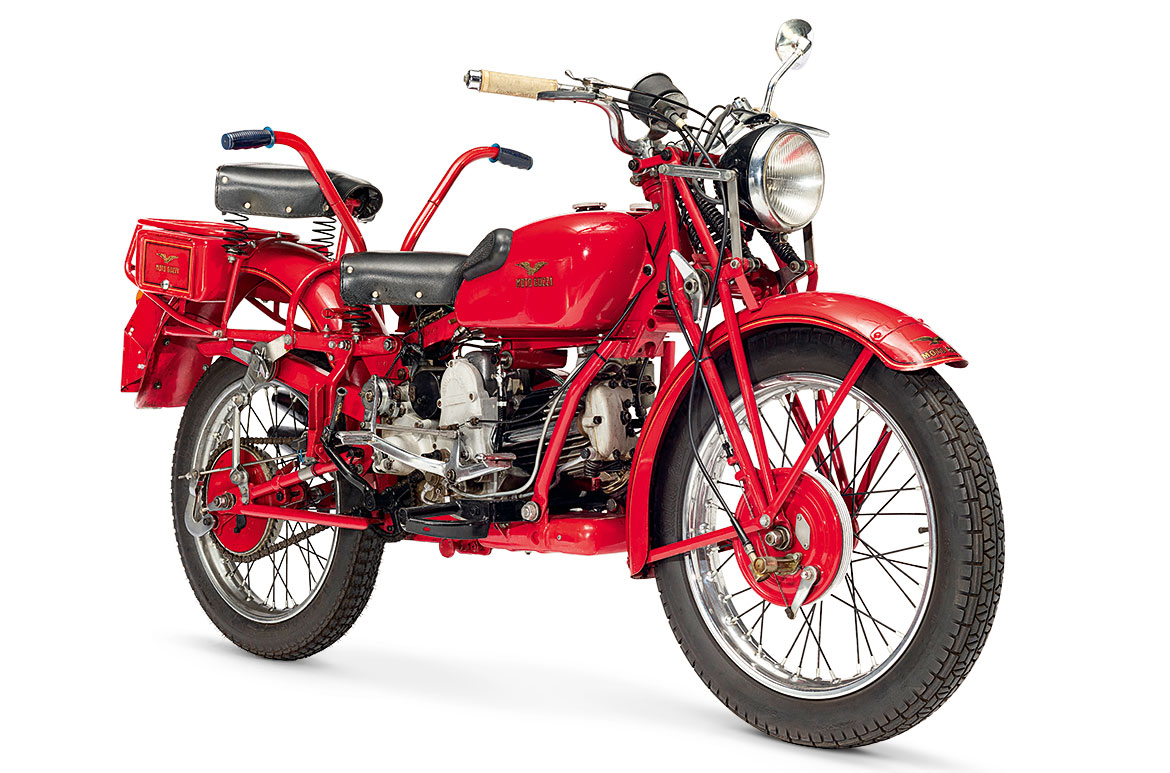 The Alce was originally built by Moto Guzzi for use by the Italian army in World War Two. This model was soon superseded by the Super Alce – or Super Elk in English – in 1946. The Super Alce offered an improved 18.5 hp motor with a higher top speed of 110 km/h. The dependable machine was fit for the rigours of military use, built to navigate all territories the Italian army was planning to enter, from the lush Mediterranean to dry North Africa and the snowy French Alps.