QAGOMA acknowledges the loss of greatly respected Brisbane artist, Madonna Staunton. Known principally for her delicate collages and small contemplative of works on paper, Madonna established her reputation during the 1970s and worked right up to late 2019 even in ailing health.

Staunton’s indomitable and generous spirit had a remarkable capacity to change and adapt, reintroduce and renew. She loved to give new life to previously unloved pieces of found paper, images and things, combining just a few bits and pieces in restrained, cool harmony. As former curator, Tim Morrell stated, “The play between randomness and precision animates virtually all Madonna Staunton’s assemblage work. Her sensitivity to tonal and formal arrangement always remains acute during this process and the results are austerely beautiful.”

Born in Murwillumbah, New South Wales in 1938, she made Brisbane her place of work, first exhibiting her paintings with the Royal Queensland Art Society from 1956 to 1961, and then the Brisbane Contemporary Art Society from 1966 to 1971. From the mid-1970s, Staunton abandoned painting and concentrated on collage, assemblage, and related media, for which she became known, though she also returned to painting in recent years.

Staunton was the subject of 30 solo exhibitions in her life time, and a contributor to many more group shows. A major survey exhibition was organised by the Queensland University of Technology and shown at the Queensland Art Gallery and at Perc Tucker Regional Gallery, Townsville in 1994. ‘Madonna Staunton: Out of a Clear Blue Sky’, was presented at QAG in 2015, highlighting her late return to painting alongside collage, assemblage and works on paper. Most recently, Brisbane’s Milani Gallery undertook a survey of her work from 1964 – 2019, to the delight of her many admirers. Given her sustained output, often under considerable physical limitations, her work is held across the country in many major public and private collections.

Always happier to seek a quiet life, Madonna’s contribution was recognised with awards including the National Women’s Art Award, Centre Gallery, Gold Coast in 1989. In 1996 she was awarded a Medal of the Order of Australia for service to the visual arts.

In a world that now seems obsessed with consumerism, Madonna’s quiet and considered works give such a sense of calm – the artist always having that sense of knowing when best to stop. With her passing, we acknowledge Madonna’s major contribution to Australian modernism over the last five decades. 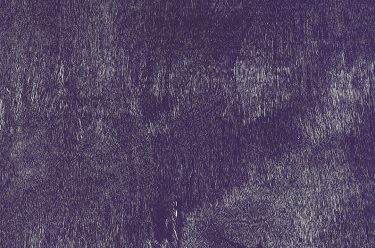