We are deeply saddened to learn of the recent passing of Monir Shahroudy Farmanfarmaian (1924–2019) on Saturday 20 April. Over a career of six decades, Farmanfarmaian created art that was at once radical and deeply invested in tradition. She drew from Iranian architecture, the traditions of Islamic geometry and pattern, as well as techniques such as reverse glass painting, mirror mosaic and relief sculpture. Farmanfarmaian revived and adapted these forms to make startlingly original and compelling works.

The geometric patterns began to infiltrate my own art. I used them not quite faithfully but with a minimalist twist, relishing the clean modern lines that appeared when the mathematical logic was distilled from the traditional designs Monir Shahroudy Farmanfarmaian

QAGOMA is privileged to hold in its Collection her largest and most-spectacular work, Lightning for Neda 2009. Through this huge 6-panel mosaic work, Farmanfarmaian commemorated a young woman who died in a pro-democracy protest in Tehran following the presidential elections on 12 June 2009. In the reflective shards of glass, we see ourselves drawn into a universe of perfect forms and shifting vanishing points.

The characteristic mirror mosaic of Farmanfarmaian’s work references an Iranian decorative form known as aineh-kari.  In each panel of Lightning for Neda, Farmanfarmaian used more than 4000 mirror shards to create myriad patterns across a sublime, glittering surface. The technique dates back to the sixteenth century, when glass was imported from Europe and would often arrive broken.

The artist’s intricate mirror mosaic and reverse-glass painting expands the hexagon into multiple geometric possibilities. These complex tessellations were the fascination of Arab scholars in the ninth century, who sought mathematical expression of the complex shapes. Over centuries, Islamic architecture and design have drawn on this knowledge to produce intricate patterns embellishing facades and interiors. In Lightning for Neda, Farmanfarmaian returns to this long Persian tradition to form an elegy for contemporary Iran. Farmanfarmaian’s life was marked by political turmoil. After studying Fine Arts at Tehran University from 1943 to 1944 she left for New York where, she attended Cornell University and later studied fashion illustration at Parsons School of Design in 1949. During these years in New York (1945–57), she was one of many artists turning to the emotional potential of abstraction and she socialised with Jackson Pollock, Lee Krasner, Willem de Kooning, Joan Mitchell, Louise Nevelson, Barnett Newman and Andy Warhol.

In 1957, she returned to Iran and developed her interest in Islamic geometry and philosophy, aineh-kari and Sufi symbolism, travelling frequently between Iran and Europe. In the wake of the 1979 Iranian Revolution, however, she found she was unable to return to her country. Almost all of her artwork and vast collection of decorative objects were confiscated. After living in New York for a further 24 years, the artist went home to Iran in 2003, where she remained until her death last Saturday.

Farmanfarmaian sought to recover a material culture that was rapidly disappearing while pushing the boundaries of modernist geometry. Her death, at age 97, marks a great loss. She was one of the most important contemporary figures of Iranian art and twentieth-century abstraction at large. 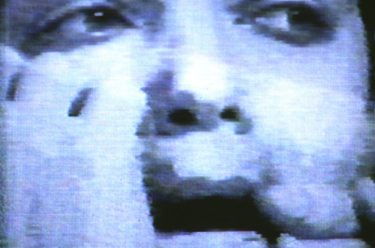