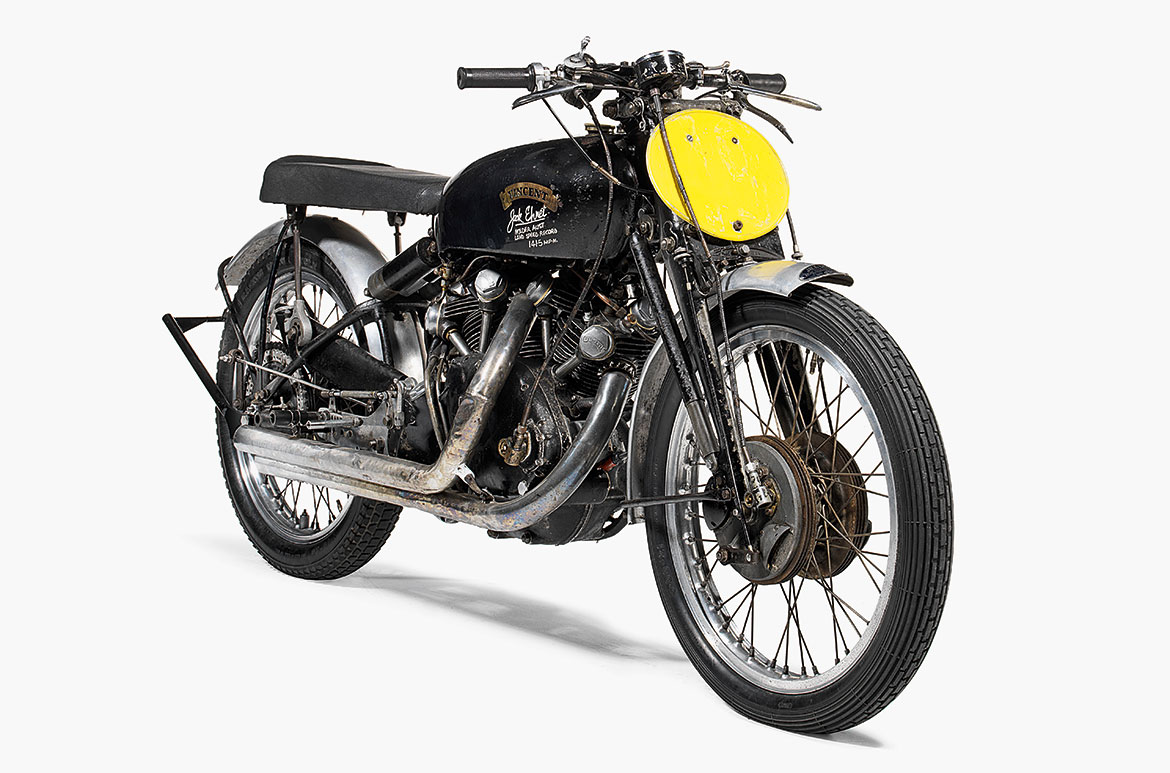 The 1951 Vincent Black Lightning holds a special place in Australian history when in 1953 Jack Ehtet broke the Australian land-speed record reaching an average speed of 227.7 kilometres per hour.

The Vincent Black Lightning developed from the 1936 Vincent Rapide, a V-twin designed by Englishman Phil Vincent and Australian Phil Irving that was the world’s fastest production motorcycle for its time. The innovative design has the engine ‘hang’ from a stiff backbone, rather than be surrounded by tubes, lowering the motorcycle and thereby improving its handling.

In 1953 this particular machine on display was used by Jack Ehret to set the Australian speed record at 227.7 km/h on a short stretch of road near Gunnedah, New South Wales.

Approximately 30 Black Lightning motorcycles were produced by revered British manufacturing company Vincent Motorcycles during the 1950s, purely for racing, and the motorcycle has been described as a ‘holy grail’ for collectors. Only 19 are believed to still be in existence. Western Australian collector Ian Boyd holds the world’s largest private collection of Vincent Motorcycles, including two Black Lightnings. 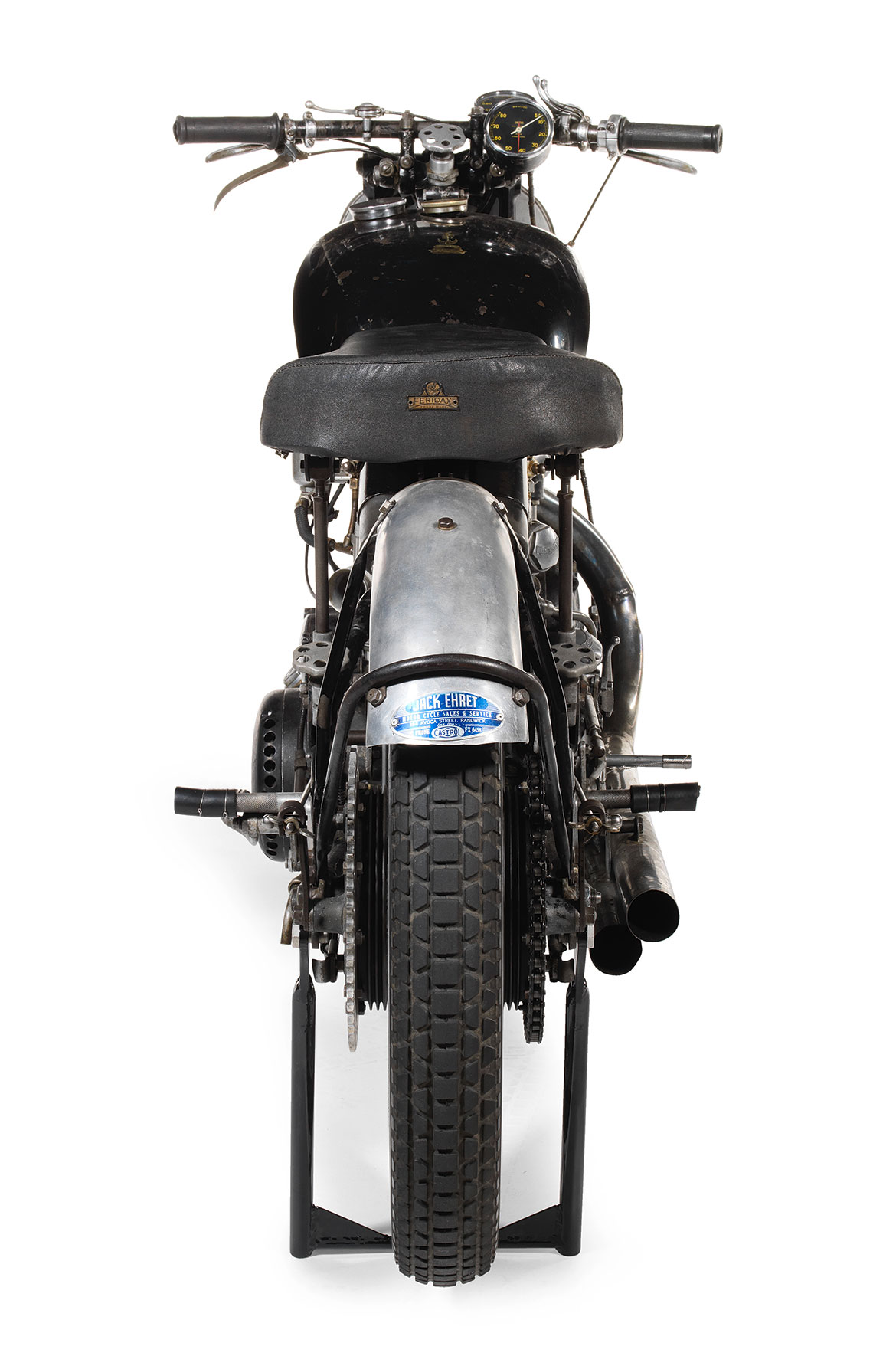 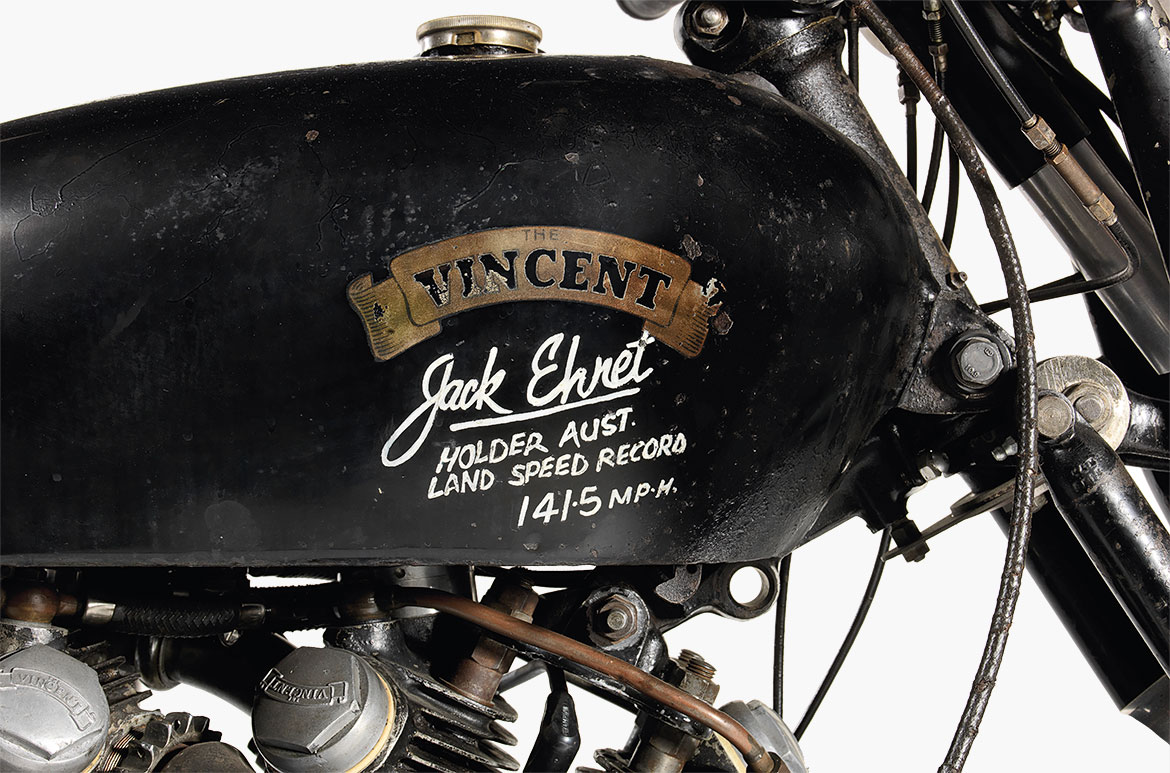 Watch: The most expensive motorcycle sold at auction