More than 37 senior, mid-career and emerging artists’ works, created and collected over the past 25 years, are showcased in ‘We can make another future: Japanese art after 1989’ at GOMA until September 2015. Here, we elaborate on the works themselves and the significance of this milestone.

Over the past few years, the Gallery has undertaken a number of exhibition and publishing projects that have enabled it to research and analyse significant areas of the Collection by region. These exhibitions have included ‘The China Project’ (2009), ‘Unnerved: The New Zealand Project’ (2010–11) and ‘My Country, I Still Call Australia Home: Contemporary Art from Black Australia’ (2013). In 2014, as part of a major season of Japanese art, cinema and design, the Gallery presents ‘We can make another future: Japanese art after 1989’. The exhibition is an opportunity for visitors to experience the breadth of Japanese art that the Gallery has accumulated since 1989, making it the most significant representation in Australia; for the Gallery to take stock of the Collection’s development, looking deeply into the development of Japanese art over the past 25 years; and to examine the Gallery’s role in introducing Japanese culture to audiences in Queensland and Australia over the period.

The framework of the exhibition has been influenced substantially by a happy coincidence regarding the development of the Gallery’s Collection and recent Japanese history. 1989 was the first of the current era in the Japanese calendar, known as Heisei or ‘enlightened peace’ after the reign of Emperor Akihito, which began in January. In September that year, the Queensland Art Gallery began its public engagement with Japan’s contemporary art through the landmark exhibition ‘Japanese Ways, Western Means: Art of the 1980s in Japan’, organised in collaboration with the Museum of Modern Art in Saitama as part of a sister state agreement between Queensland and Saitama prefecture. Featuring the work of no less than 42 Japanese artists, ‘Japanese Ways, Western Means’ included representatives of the Gutai, Mono‑ha and post- Mono-ha movements; the veteran international avant-gardists Ay-O and Yayoi Kusama; cuttingedge media art and installation works; and emerging superstars Yasumasa Morimura, Hiroshi Sugimoto and Mika Yoshizawa. Importantly, the exhibition enabled the acquisition of several key works, kick-starting the Gallery’s collection of contemporary Asian art and leading to an engagement with Japanese art through the APT and other exhibiting and collecting initiatives, which have lasted for a quarter of a century.

One upshot of this historical coincidence is that the Gallery’s Collection can serve as a tool for examining the development of Japanese art in the Heisei era and its relationship to broader social and cultural changes within Japan. By studying the Collection, it is possible to determine some of the major tendencies in the art of the recent past, to explore a few of the major preoccupations, and to place these in context. Several factors distinguish this period in Japanese art history from others: for instance, the Heisei era was the point at which Japanese art became truly international — affordable air travel and a general appetite for art produced outside Europe or North America allowed Japanese artists to become increasingly mobile, and their work became integrated into the global art market and curatorial repertoires. Also, Japanese popular culture, cinema, literature, design and architecture become globally successful, providing a rich context for the interpretation of the more specific aspects of the country’s art. At the same time, Japan endured a prolonged economic downturn, provoking widespread social questioning that affected the mood of the works being produced, as well as engendering new strategies by artists and art workers to make their practices sustainable.

To some degree, it appears contradictory to concentrate on the work of a single country at a time when it operates globally, but it is precisely this dual character that makes it so interesting: Japanese art operates both within and beyond its own context. In this sense it offers both a tool for studying the culture and an example of how that culture is re-imagined from within, informed by a dialogue with the world. Early works by Morimura in the exhibition restage key works from the European art canon — namely Pieter Bruegel the Elder’s Parable of the Blind 1568 and Marcel Duchamp’s Rrose Sélavy 1921 — with the insertion of his own image as a playful expression of Japan’s assimilation of Western art during its rapid modernisation in the late nineteenth century. Yukinori Yanagi toys with national symbols such as the rising sun and the chrysanthemum in the stunning lithographs of his Hinomaru Portfolio 1991, while Jun Nguyen-Hastushiba, Tsuyoshi Ozawa and Tadasu Takamine offer visions of a Japan that exists within a broader Asian region. The assertion of female sexuality appears in the work of Emiko Kasahara and Michiko Kon, as well as the irrepressible Yayoi Kusama, who re-entered the consciousness of global art during the Heisei period to become one of the best known artists operating in the world today.

Rampant consumerism also became a major subject of art-making during this time and artists integrated vernacular culture, such as comics and rock music, into their work — seen here in major pieces by Takashi Murakami and Yoshitomo Nara — or attempted to come to terms with the new modes of seeing and understanding presented by communications technologies, as in the work of Kohei Nawa and Teppei Kaneuji. Deeper philosophical strivings are a hallmark of the period, as in the ongoing work of Mono-ha mainstay Lee Ufan, the expansive installations of the post-Mono-ha generation, and the dynamic postmodern syntheses of such artists as Hiroshi Sugimoto, Tatsuo Miyajima and Rei Naito. Also present is the ongoing tension between human civilisation and the natural world, as evidenced in the striking landscapes of Toshio Shibata and Yoko Asakai.

The above list is indicative only; the exhibition includes the work of some 37 artists. Naturally, as a project composed by a specific collection, it does not purport to tell the complete history of Japanese art and is open to further interpretation and research. But such is the Collection’s depth that it does provide a fascinating overview. In developing ‘We can make another future’, the Gallery has made a number of acquisitions that are premiered in the exhibition. These will serve to enrich our understanding of Japanese art in the Heisei period, to challenge what we think we already know, and, perhaps, to send us off in new and exciting directions.

The exhibition publication We can make another future: Japanese art after 1989 is available from the QAGOMA Store and online. 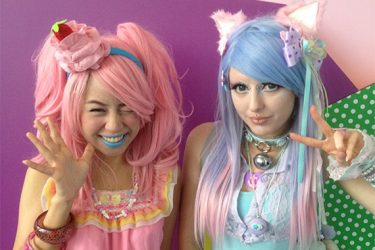