QAGOMA launches its 2020 program this summer with a significant thematic exhibition on the centrality of water to human life globally, exploring water’s cultural, ecological and political dimensions.

Program highlights in 2020 include a spotlight on the artistic legacies of two of Queensland’s greats, Mavis Ngallametta (1944–2019) and Gordon Bennett (1955–2014), followed by a survey of the work of leading Australian photographer and performance artist William Yang.

From major immersive experiences to smaller-scale treasures by Australian and international artists, the ‘Water‘ exhibition highlights this precious resource. Walk across a vast, rocky riverbed created by Olafur Eliasson; see animals from around the world gather together to drink from Cai Guo-Qiang’s brilliant blue waterhole; gaze at Peter Fischli and David Weiss’s snowman frozen in Brisbane’s summer heat; traverse a cloud of suspended gymnastic rings in a participatory artwork by William Forsythe, and reflect on the long history of our reliance on water through Megan Cope’s re-created midden.

An elder of the Putch clan and a cultural leader of the Wik and Kugu people of Aurukun, Mavis Ngallametta was one of the most well regarded senior community-based artists in Australia. She made a profound contribution to arts and culture nationally before her passing in 2019.

‘Mavis Ngallametta: Show Me the Way to Go Home’ will be the first major survey of the artist’s work, a celebration of Ngallametta’s art and life, it will feature many large-scale paintings of her country in and around Aurukun in Far North Queensland.

Gordon Bennett also made a significant contribution to contemporary art in Australia, and internationally, a prominent and critically engaged artist before his unexpected death in 2014. ‘Unfinished Business: The Art of Gordon Bennett’ explores the artist’s interdisciplinary practice from his art school years in the late 1980s through to 2014.

With rarely and never-before-seen paintings, installations and drawings, ‘Unfinished Business’ highlight Bennett’s passionate, ongoing interrogation of society and the impact of history and world views on the way individuals and cultures are understood. Additionally the exhibition will shed light on the importance of drawing as part of Bennett’s creative process.

Queensland-born, Sydney-based photographer William Yang’s significant contribution to Australian photography spans five decades. Known for his reflective and joyous depictions of Australia’s LGBTQI scene in the late 70s and 80s through to the present. Yang’s photography is informed by the cultural and political pressures of growing up as a gay man from a Chinese immigrant family in north Queensland.

This exhibition ‘William Yang‘ is a major survey of Yang’s work, which will trace his career from documentary photography through to explorations of cultural and sexual identities and his depictions of landscape. He integrates a photographic practice with writing, video and performance. The exhibition will present a newly commissioned spoken word live performance. 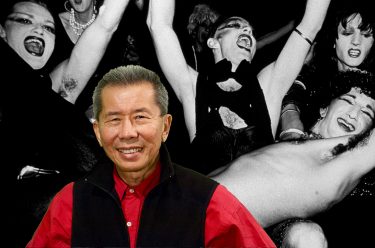