William Yang, like many of his fellow Australian photographers, cannot help but be fascinated with the beach. In 1969, Yang left Brisbane for the bright lights of Sydney, and he fell in love with the city. At a distance from his family and Queensland’s conservatism, Sydney provided an opportunity for reinvention.

It was here that he combined his two photographic passions — landscape and people. Yang embraced the bleached allure of the city’s eastern beaches and took many iconic photographs of Bondi, Tamarama and Clovelly.

Australian photography and the beach ultimately calls to mind Max Dupain’s Sunbaker 1937 (illustrated). Yang regularly took portraits of photographers in order to champion the artists behind the camera that Yang felt were often overlooked. Yang photographed Max Dupain (illustrated) in 1991 one year before Dupain’s death.

The beach captured Yang’s eye from early in his career. At the time he started exploring the beach in his new Sydney home, Yang was also a jobbing social photographer, capturing celebrities and the ‘beautiful people’ behind the scenes at A-list parties for magazines. His approach to this work was in the photo-journalist style of capturing the unguarded moment.

Of his passion for taking images of the beach, Yang is a romantic at heart and has said:

There’s an impulse in me that makes me go for the runny make-up, the unguarded moment, the Freudian slip. I mean I could photograph the plastic bags in the water, the rolls of fat, but the beach brings out the romantic in me. I’m overwhelmed by the beauty of it — the space, the surf, the sand and all that flesh. I’ve never gotten beyond the obvious.

The accompanying publication William Yang: Seeing and Being Seen explores the artist’s prolific practice. The 220-page hardcover monograph features reproductions of over 200 photographs, tracing Yang’s career from his heady early days as a social photographer in the 1970s documenting Sydney’s queer scene, family ties, sexual and cultural identity, and the Australian landscape. It also examines his deep connections to Queensland / RRP $49.95 / Special limited edition with signed print RRP $300.00 / Available from the QAGOMA Store and online 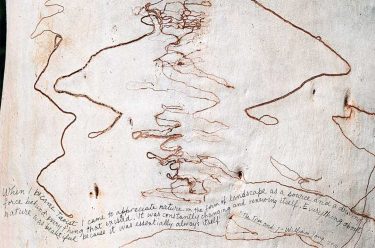