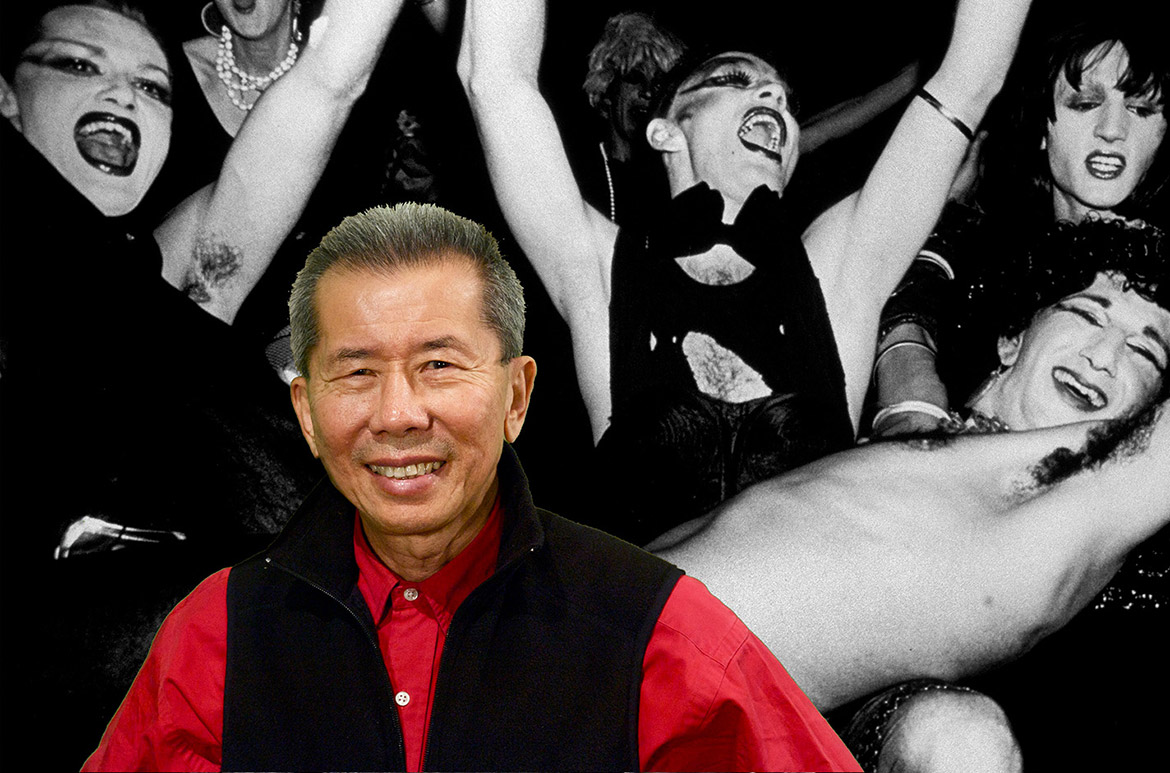 Australian photographer William Yang is a storyteller. Yang began telling the stories behind his photographs in the 1980s. What began as a slide night, showing transparencies of his work for friends became a highly developed storytelling style. Yang’s monologue performances have become a signature part of his practice.

For the exhibition ‘William Yang: Seeing and Being Seen’, QAGOMA commissioned a new performance work which became ‘In Search of Home’. In this performance, Yang discusses growing up in far-north Queensland, finding his tribe in the Sydney arts community and the places and people he thinks of when he explores the concept of home.

‘In Search of Home’ was presented on the opening weekend of ‘William Yang: Seeing and Being Seen’, you can view an excerpt of the performance.

At 10:30AM Saturday 21 August, Benjamin Law (writer and broadcaster) is joined by his friend and mentor William Yang for a conversation about their lives — reflecting on what it’s like to tell stories for a living and their shared experiences of growing up Chinese-Australian and gay. Virtual. Free. Bookings required

Screenings are free; bookings are not required | Seating will be spaced to follow COVID-safe arrangements.

The accompanying publication William Yang: Seeing and Being Seen explores the artist’s prolific practice. The 220-page hardcover monograph features reproductions of over 200 photographs, tracing Yang’s career from his heady early days as a social photographer in the 1970s documenting Sydney’s queer scene, family ties, sexual and cultural identity, and the Australian landscape. It also examines his deep connections to Queensland / RRP $49.95 / Special limited edition with signed print RRP $300.00 / Available from the QAGOMA Store and online