While the Belle Époque often brings to mind scenes of bustling bars and crowded cabaret halls, upper-class women did not participate in Paris’s lively nightlife.

The six women artists included in ‘Modern Woman: Daughters and lovers 1850-1918: Drawings from the Musée d’Orsay’ focus on domestic scenes, often intimate moments within the home and in private gardens. Furthermore, the models for female artists were frequently family and friends and, as a result, these works regularly convey a sense of intimacy and familiarity with their subjects.

One of the female artists featured in ‘Modern Woman’ is the Ukrainian-born Marie Bashkirtseff, who studied at the Académie Julian, which was one of the few schools open to women wanting to study painting in Paris in the late nineteenth century. In 1877, Bashkirtseff described the joy she found in creating art: ‘In the studio all distinctions disappear. One has neither name nor family; one is no longer the daughter of one’s mother, one is one’s self . . . one feels so happy, so free’.

Bashkirtseff was critical of the way that the best art schools, including the state-run École des Beaux-Arts, would not accept women and found her inability to explore the world without a chaperone restrictive to her art. She wrote of the constraints faced by female artists under the pseudonym Pauline Orell in the journal La Citoyenne, which was first published in 1881, and was an advocate for women’s suffrage in France.

Bavarian-born Louise Breslau, who is also featured in the exhibition, studied alongside Bashkirtseff at the Académie Julian, and exhibited at the Salon from 1879. She received a gold medal at the Exposition Universelle in 1889 and again in 1900, and was later awarded the Legion of Honor. In spite being well acknowledged during her lifetime there is relatively little published on Breslau’s life and work compared to the other major figures of the time.

‘Modern Woman: Daughters and Lovers 1850 — 1918 | Drawings from the Musée d’Orsay, Paris’, an exhibition of drawings by artists working in France in the late nineteenth and early twentieth century, is showing exclusively at the Queensland Art Gallery (QAG) until 24 June. It celebrates the changing roles of women during the Belle Époque as depicted by artists of the leading time, including Marie Bashkirtseff and Louise Breslau. These artists increasingly abandoned idealised representations of the female figure, and turned to women from a diverse range of socioeconomic backgrounds, depicting them in their family lives and domestic activities, as well as in the public realm as spectators, performers and workers. Through these fascinating drawings, we see French society undergoing radical transformation.

An illustrated publication is also available which includes an essay by the exhibition’s curator, Isabelle Julia, the Musée d’Orsay’s Curator in Charge, Department of Graphic Arts, who investigates the expressive medium of drawing and various aspects of modern life through images of maternity, women in love and alone, portraits, nudes and women at leisure — in city streets, cafes and on the stage. 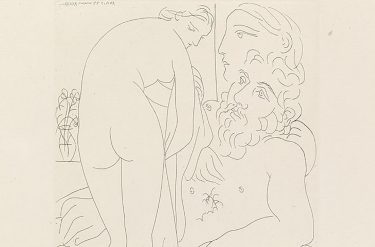