The charismatic and obsessive French sculptor Auguste Rodin (1840–1917) remains a fascinating figure, his work, the subject of numerous controversies during his lifetime, continues to inspire debate, particularly his intimate representations of the female figure. There is little dispute, however, about his importance to modern sculpture and his continuing influence on contemporary artists, writers, and even choreographers.

The Gallery’s Collection includes six works by Rodin. As a group, they offer a small insight into the remarkable practice of this artist. Born in 1840, the son of a police official, Rodin had no formal art training at an academy, but instead worked as an assistant in artists’ studios. This experience gave him a broad familiarity with mediums and techniques, and allowed him to experiment with a variety of materials — creating rich patinas by mixing copper and zinc; and using clay, wax, plaster, bronze and marble. Rodin said of this time:

Where did I learn to understand sculpture? In the woods by looking at the trees, along roads by observing the formation of clouds, in the studio by studying the model, everywhere except in the schools.1

L’Age d’airain (The Bronze Age) 1876-77, currently installed in the Queensland Art Gallery’s sculpture courtyard, was the first full-scale figure that Rodin exhibited under his own signature. Based on a young Belgian officer, it took more than 18 months to complete:

I was in the deepest despair with that figure, and I worked so intensively on it, trying to get what I wanted, that there are at least four figures in it.2

First exhibited in a Paris Salon, the sculpture was heavily criticised by the jury and audience alike, who found the figure so lifelike that they believed it to have been cast from a human body rather than purely sculpted, which seriously belittled the achievement.3 The immediacy of Rodin’s figures often confronted his contemporary audience. The expressive use of anatomy and textured surfaces were in stark contrast to the finely finished forms of the preceding generation of sculptors. Rodin’s aim was to invest sculpture with a psychological and emotional dimension, and to express a tangible realism, energy and vitality through the object itself rather than its narrative. His male figures are generally shown in poses that suggest doubt, questioning or despair. Some works are challenging to view even now — La femme accroupie (The crouching woman) 1880–82, for example, is particularly raw in its rich surface and exposed view. (Like a number of other works by Rodin from this period, La femme accroupie was part of his unfinished commission, Gates of Hell 1880–c.1890.) Critical opinions vary as to whether Rodin empowered women or objectified them by depicting them as participants in acts of desire.

Fascinated by how the human body moves, Rodin would ask female models to walk nude around the studio, rather than holding a pose. He produced thousands of sketches and drawings, and preferred street performers, entertainers, dancers and acrobats as live models because their poses and gestures were less formal, more dynamic and more complex than traditional academic models. In 1906, he followed a group of Cambodian ballet dancers from Paris to Marseille to draw them; he was also captivated by the performers of the Ballets Russes and American veil dancer Isadora Duncan. L’acrobate (The acrobat) 1909 reveals this preference. An impressionistic work, it was modelled rapidly in clay, with the pinched and pressed surface still clearly visible, before being cast in bronze. Many of these smaller works were like musical improvisations, capturing the sense of freedom that characterises much of his art. Inspired by Michelangelo and Renaissance sculpture, he also created truncated figures, of which Torse de jeune femme (A young woman’s torso) 1909 is an example.

A drypoint etching of his friend, playwright Henri Becque, would have been an early stage in the creation of a bust; Rodin often started from sketches to capture expressions before modelling the figures in clay or wax. Many of his works were not cast in bronze until after his death.

With the installation of L’Age d’airain (The Bronze Age) into the Queensland Art Gallery’s sculpture courtyard, it offers us a moment to pause and reflect on the man often described as the father of modern sculpture. The creator of iconic works such as Le Penseur (The Thinker) 1880 and Le Baiser (The Kiss) 1884, Rodin was an inspiration not just for subsequent sculptors, such as Alberto Giacometti and Constantin Brancusi, but for artists, writers and, more recently, choreographers. That he emphasised the formal qualities of the body in movement, retained the sculptural process as part of the finished work, and focused on partial figures and expression, was revolutionary in his time. His works continue to inspire.

Endnotes
1  Auguste Rodin, cited in Rachel Corbett, You Must Change Your Life: The Story of Rainer Maria Rilke and Auguste Rodin, W.W. Norton & Company, New York, 2016, p.12.
2  Cited in Antoinette Le Normand-Romain, The Bronzes of Rodin: Catalogue of Works in the Musée Rodin – Vol.1, Musée Rodin, Paris, 2007, p.123.
3  By 1880, the controversy had passed. The sculpture was later cast in bronze and purchased by the French Ministry of Fine Arts for the Luxembourg Gardens. 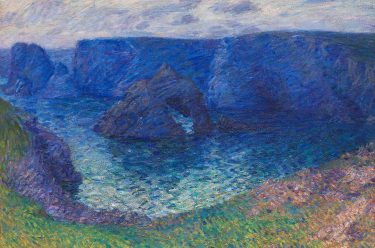