‘Murun’ — a Wiradjuri word meaning breath or life — and the English word ‘murmur’ — a low recurring sound, or soft voices — are two words born far from each other, one long of this land, one newly spoken here. They converge in this project by artist Jonathan Jones, the most recent in a series of collaborations with esteemed Elder and Wiradjuri language expert Dr Uncle Stan Grant Snr AM.

This major installation, untitled (giran) 2018, is a murmuration of winged sculptures evoking birds in collective flight. The sounds of wind, bird calls and breathing susurrate through the space as Wiradjuri speakers whisper softly. Giran (wind) is a term also describing fear or apprehension. ‘Understanding wind is an important part of understanding country,’ says Jones. ‘Winds bring change, knowledge and new ideas to those prepared to listen.’1 In his work, language is woven together with the breath over the land, the breath in and out of the body, wings in flight, and the wind through the river oaks, reeds and cumbungi (bulrush).

The artwork includes roughly 2,000 separate sculptures of six types of tool, each made from a different material: bagay — an emu eggshell spoon; galigal — a stone knife; bingal — an animal bone awl; bindu-gaany — a freshwater mussel scraper; dhala-ny — a hardwood spear point; and waybarra — a rush ‘start’ (the beginning of a woven item, such as a basket). Such tools allowed our ancestors to eat, sustain, hunt, hold, prepare and protect — to live lightly and flexibly. Each tool embodies the knowledge passed down through generations and represents the potential for change. ‘Each idea, each tool, is limitless in its potential,’ Jones says. 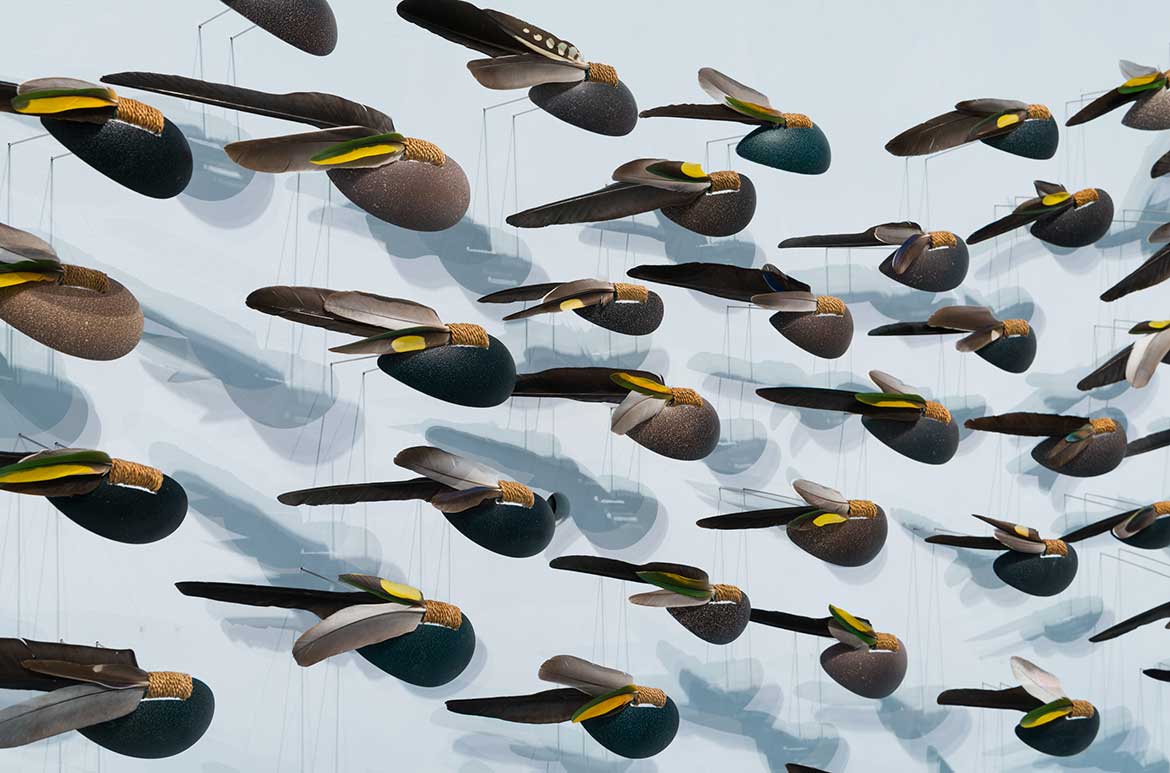 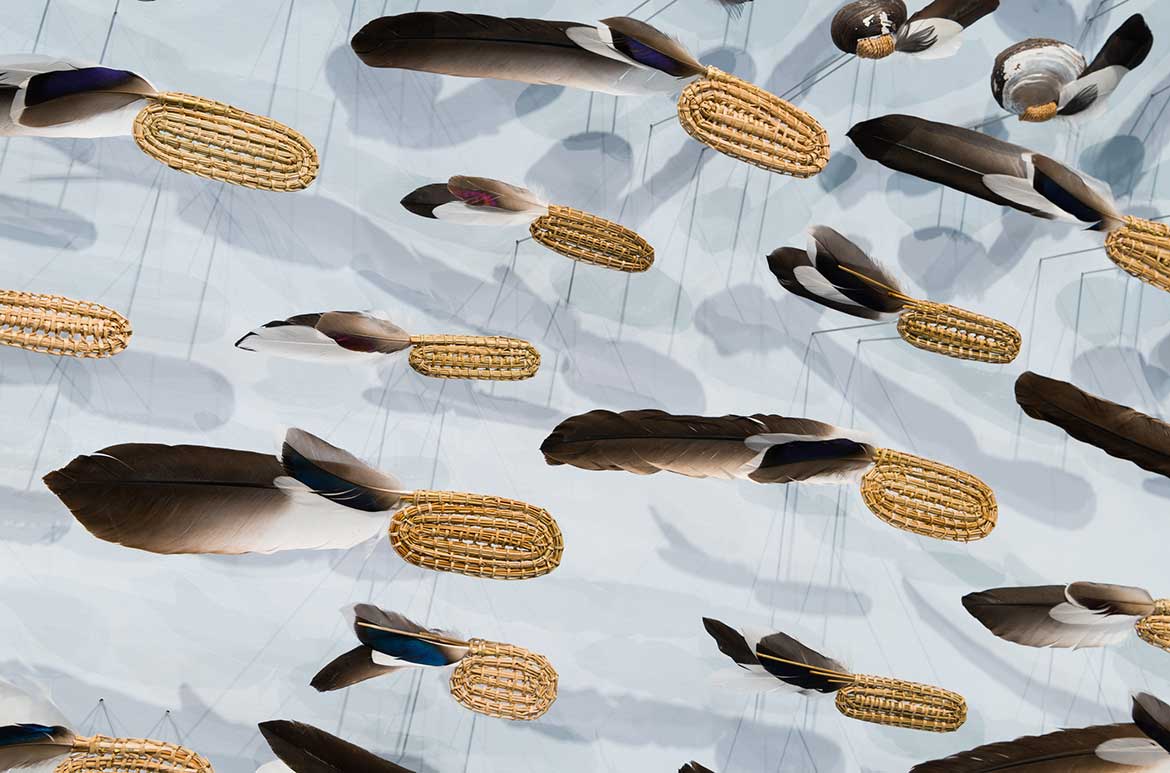 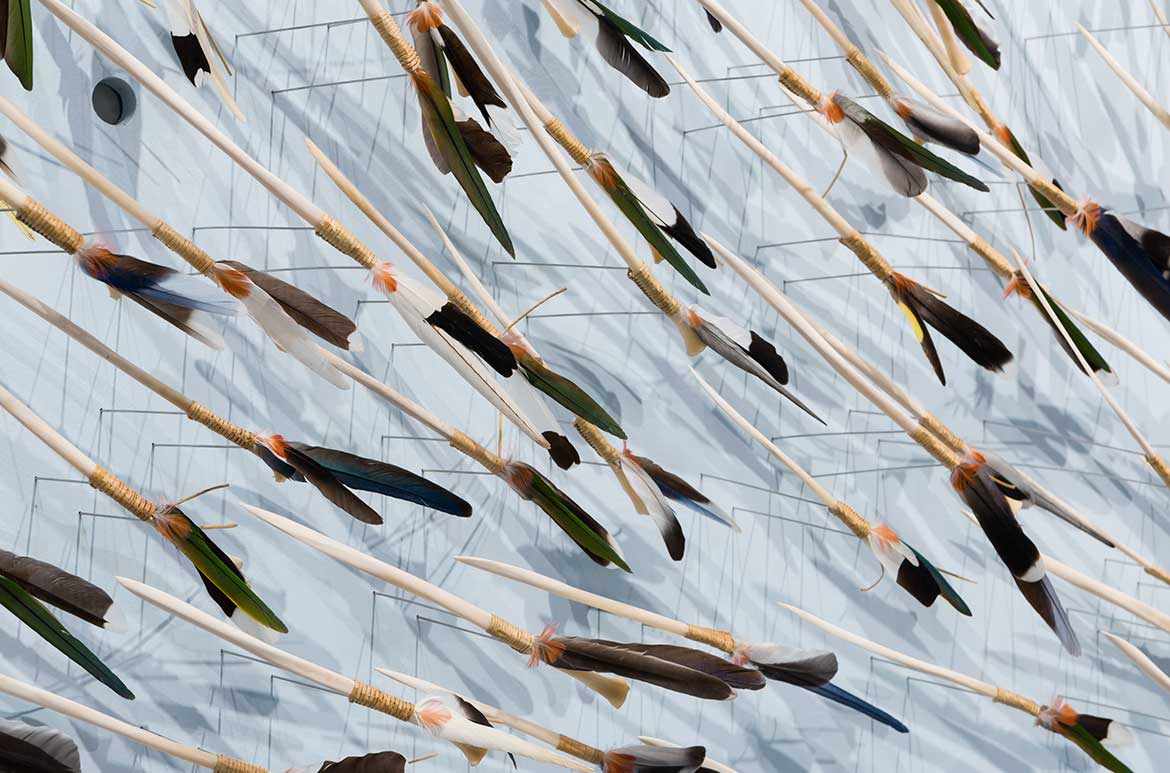 Jones has made many of the base ‘tools’ himself, as well as working with family members, Wiradjuri community and long-time artistic collaborators — including Ngarrindjeri artist Aunty Yvonne Koolmatrie — from across the country’s south east. The process of making brings people together, and enhances connections to the land, culture and language. It also strengthens ties to generations who have passed on, a counter to the darker gaps of history and the loss of knowledge that has occurred throughout Indigenous Australia. As Jones notes, ‘Knowledge isn’t a single line’.

Bound to each tool with handmade string is a small bundle of feathers, gathered from birds from the broader community. People from all over Australia sent Jones packages of feathers, many with handwritten notes.2 ‘Slow down, look around, listen to the birds,’ Jones asks of his feather-collecting collaborators, offering a quote from the late Wiradjuri/Kamilaroi artist Michael Riley: ‘I see the feather, myself, as sort of a messenger, sending messages onto people and community and places’.3

untitled (giran) shares traditional knowledge and seeks to foster change and the exchange of ideas and skills. Uncle Stan Grant Snr speaks of this work as ‘continuing the development of Wiradjuri gulbanha (philosophy), working with language and country via the artworks for the ongoing enrichment of the community’. While Wiradjuri is a language at risk, it is also in a state of renewal, and one of many hundreds of distinct Indigenous Australian languages acutely affected by colonisation.

Tactile, kinetic learning is key to this project. Language is absorbed in many layers, learnt through walking the landscape, gathering materials and working with our hands. Learning a language is much more than a process of direct word-for-word translation — we must stretch our minds to other cultures and understandings of the world, knowledge deeply encoded over generations. In the face of globalising economies of scale, Jones and Grant advocate for this country as a place of many languages, philosophies, technologies, stories, songs and treasures — a commonwealth measured not only in gold. Passed from one generation to the next, language is a vital inheritance. As is our capacity to listen to the wind.

Endnotes
1 Conversation with the artist, 28 May 2018, and quoted throughout.
2 Many sent feathers in response to a call out from Kaldor Public Art Projects, which hosted Jones’s previous major work, barrangal dyara (skin and bones) 2016.
3 Quote from the artist’s website, Michael Riley, <www.michaelriley.com.au/cloud-2000>, viewed July 2018. 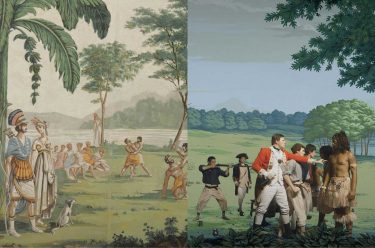