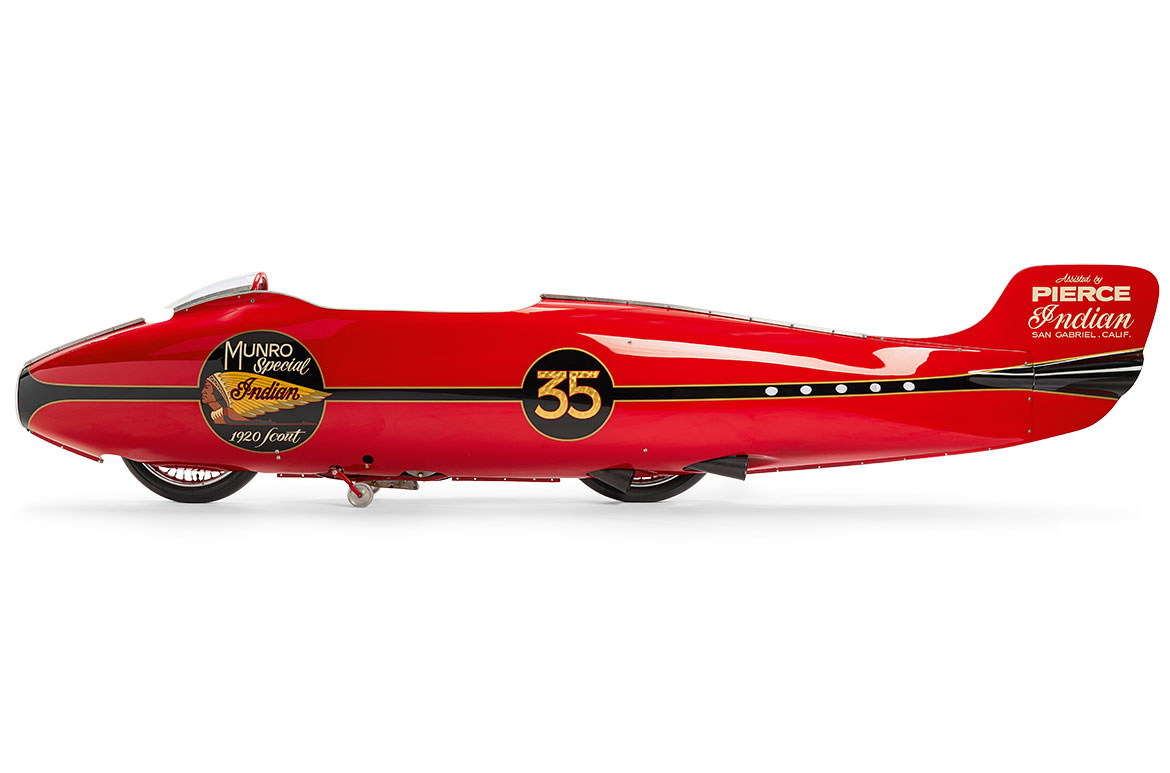 Bert Munro, a man who never let the dreams of youth fade, was 68 and riding a 47-year-old modified 1920 Indian Scout, when despite the odds, he achieved the land-speed record for a motorcycle under 1000 cc to make motorcycle history in 1967. Why didn’t he just buy a faster bike? He just liked the personal challenge of making an old bike go faster.

New Zealander Burt Munro rode this highly modified motorcycle on his final speed run at Bonneville Salt Flats, Utah, United States. On this run, Munro set the land speed record of 296 km/h for a motorcycle under 1000 cc, a record that remains unbroken. The original 1920 Scout was barely capable of a top speed of 96 km/h, but Munro continuously tuned the engine, making every single component as light as possible by hand, and installed it in a streamlined chassis of his own design.

Two original ‘Burt Munro Special’ machines were built – one in New Zealand and one in the United States – with one engine travelling back and forth according to Munro’s racing schedule. 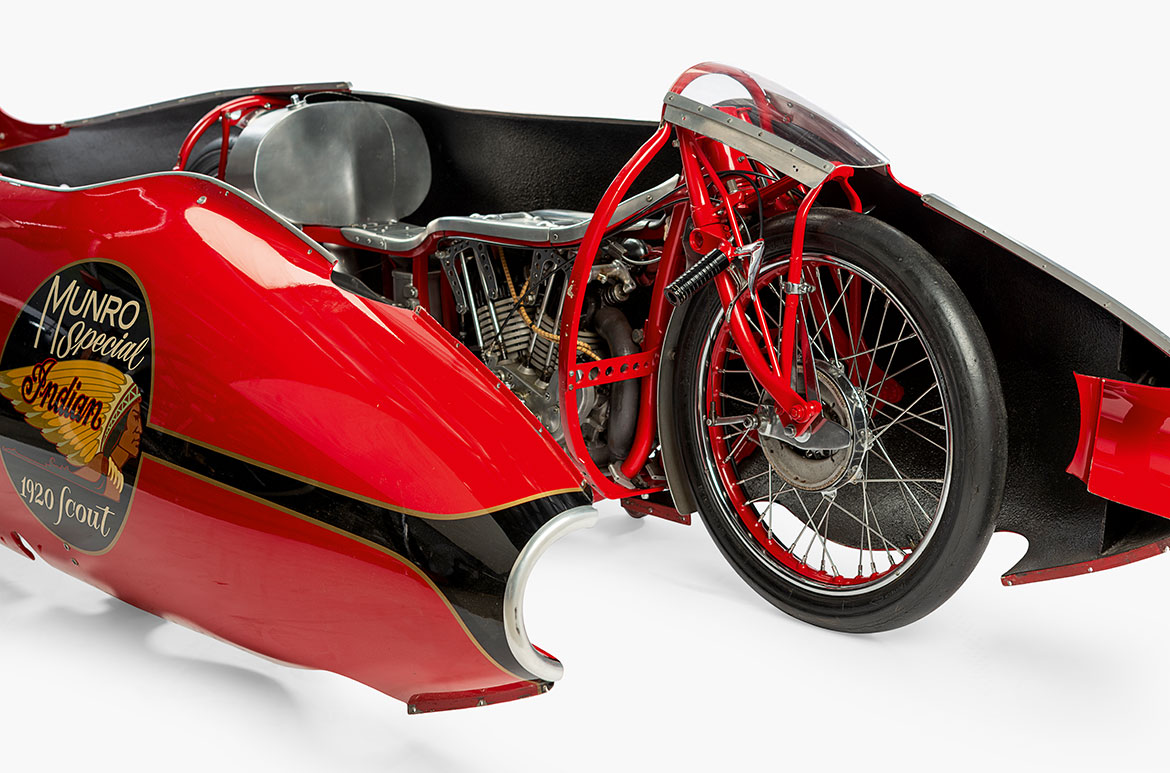 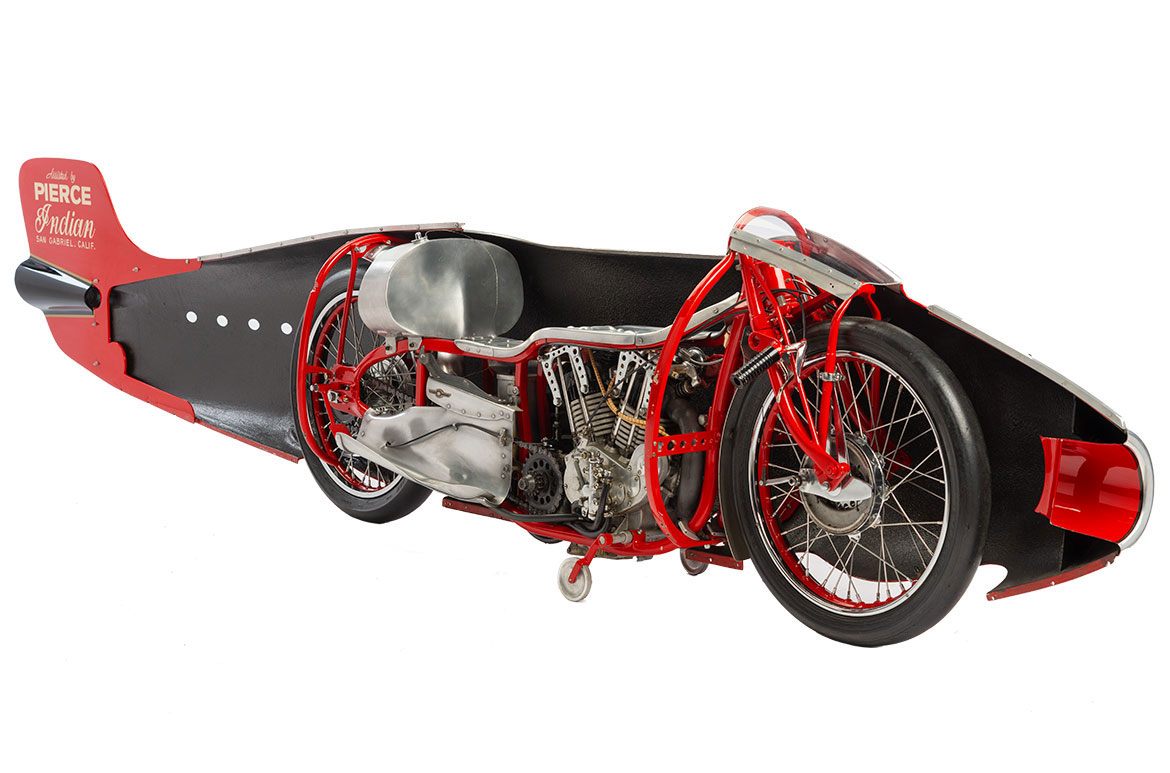 Based on the true story of Burt Munro, The World’s Fastest Indian refers to the souped-up classic Indian Scout motorcycle which carried Munro to his destiny in 1967, when he broke the world land speed record on Utah’s Bonneville Salt Flats. Getting on in years, the modest and slightly eccentric Munro (portrayed by Sir Anthony Hopkins in all of his gentle, absent-minded genius) lives alone in a small New Zealand town, where he obsessively tunes-up his motorcycle, much to the fascination of the young boy next door. Munro has dreamed for much of his life of traveling to Utah to challenge the world land speed record. Realizing that it’s now or never, he decides to make the journey