Optimized for speed, the Suzuki Hayabusa’s design holds a special place in motorcycling history. Designed for pure unadulterated speed, the Hayabusa is quite simply the ultimate sportbike.

Launched in 1999, the Suzuki Hayabusa immediately eclipsed the then world’s fastest production motorcycle, the Honda CBR1100XX Super Blackbird, with its top speed of 312 km/h. To stop the ongoing Japanese and European manufacturers’ ‘speed wars’, both Suzuki and Honda agreed to electronically limit the speed of production motorcycles to 300 km/h, meaning the Hayabusa’s claim as the ‘world’s fastest production bike’ would never be bettered.

The Indian Scout Special 1920 (‘World’s Fastest Indian’) and Vincent Black Lightning 1951 show that achieving the maximum straight-line speed possible on a motorcycle has been a quest for more than a half century. The first speed record sanctioned by the FIM (Fédération Internationale de Motocyclisme) was set a full century ago, in 1920, at 168 km/h.

Although a physically larger engine can produce more power, its increased size also brings an increase in wind resistance. Because of this, breaking speed records has been a battle to reduce wind resistance while also increasing horsepower. This machine uses the streamlined shape of the Suzuki Hayabusa along with a heavily modified engine that produces nearly three times the horsepower of the stock machine, enabling Kim Krebs to set a number of land-speed records in her class. 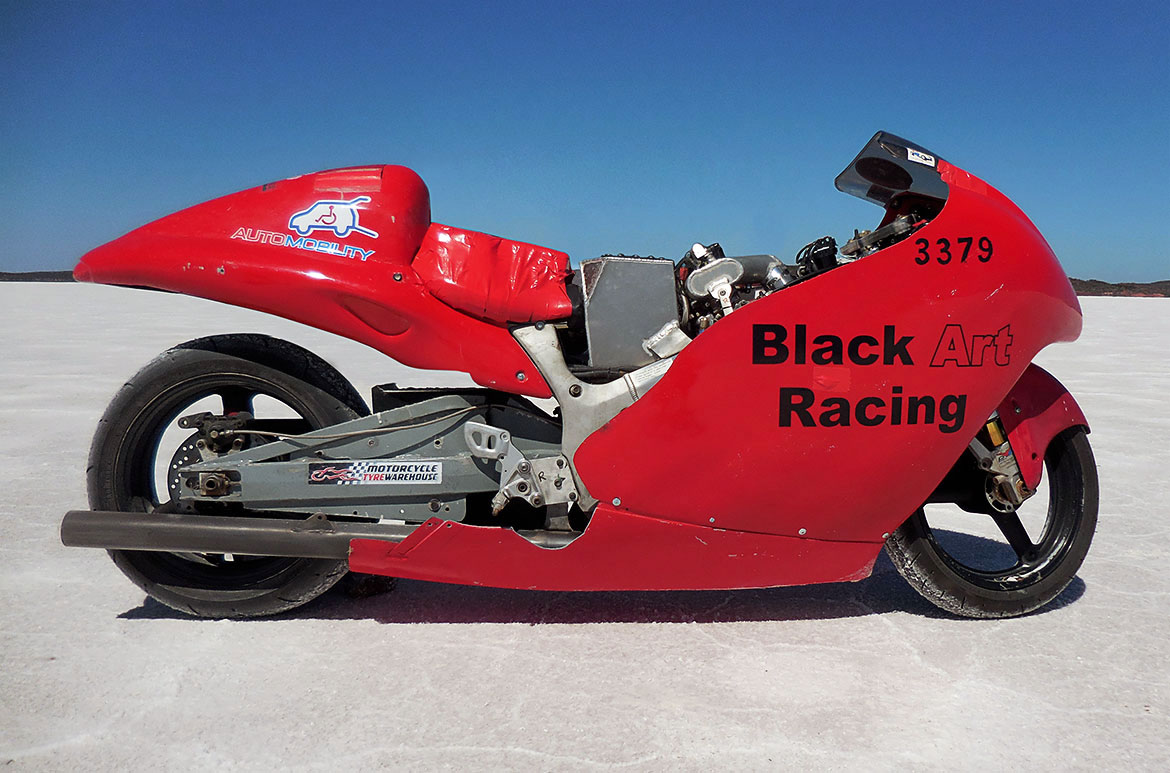 Dhoom (2004) begins in Mumbai where a sophisticated gang of robbers is sweeping through the city. They sweep and disappear on their hi-tech bikes.