This gold and pearl bracelet is a lovely example of work by the local firm Flavelle, Roberts & Sankey, and represents the jeweller’s skill as well as providing a glimpse of Queensland’s history.

This charming gold bracelet is the most significant piece of Queensland jewellery to come to the Gallery’s notice in recent years. The delicacy and refinement of the bracelet suggests that it may have been a special commission by a doting father for a favourite daughter. It consists of nine shells fashioned from Australian gold, each set with a small natural pearl, linked together with a larger detachable shell and pearl at the centre.

A newspaper advertisement in 1902 stated that Flavelle, Roberts & Sankey cut and polished gemstones and dealt in Queensland sapphires, opals and pearls; the pearls in this bracelet were probably harvested in north Queensland. Pearling was the largest industry in far north Queensland in the 1890s — in 1896, for instance, Thursday Island was home to 300 Japanese pearlers, a Japanese consul was based in Townsville, and pearling was the only industry ever exempted from the White Australia policy. The cast shell forms in this bracelet have a connection with Queensland: according to Dr John Healy, Curator Mollusca at the Queensland Museum, the shells are most likely from a Turbo snail (either Turbo brunneus or Turbo intercoastalis), as both have spirally grooved shells and a wide distribution, which takes in Queensland coastal waters.

Flavelle Bros. & Co was originally established in Brisbane in 1863. James Nash, the discoverer of the Gympie goldfields in 1868, brought the first consignment of 621 ounces of gold to Brisbane for Mr Flavelle to test and weigh. The resultant financial stimulus to the colonial economy put Queensland on the map. The firm later became Flavelle Bros. and Roberts before establishing itself as Flavelle, Roberts & Sankey in 1892, and opening a Rockhampton branch in December 1894. It moved to larger premises in the main street, East Street, within two years, and was still operating there more than 30 years later. Although largely a retail business, their silversmithing, watchmaking and optical work suggests that they were more than able to make jewellery as well as sell it, in Brisbane if not Rockhampton.

Indeed, by 1908, they described themselves as ‘manufacturing jewellers’. That year, for the Queensland Court of the Franco–British Exhibition in London, a promotional adjunct to their display of Queensland gemstones, titled ‘From Outer Darkness’, included reports of their exhibit at the ‘Melbourne Exhibition of Women’s Work’ in the previous year. This attracted the attention of Queen Alexandra. As a further mark of esteem, in 1909 the firm was appointed as gem merchant to Australia’s Governor General, the Earl of Dudley.

From the very beginning of the business, they had imported the finest English porcelains, and in later years, established a local reputation for Royal Worcester porcelain decorated with floral studies, after designs by Marian Ellis Rowan. Over the decades, Flavelle, Roberts & Sankey was a worthy competitor to rival businesses like Hardy Bros. and Wallace Bishop, but eventually closed in 1949. 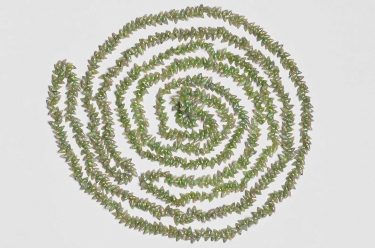