The ‘Life of Images’ an extensive exhibition of works by Gerhard Richter, one of the world’s most highly regarded and influential artists, was exclusively at the Gallery of Modern Art (GOMA) from 14 October 2017 until 4 February 2018. The exhibition reveals the scope of Gerhard Richter’s extraordinary output across six decades and captures the breadth and technical virtuosity of a creative practice operating between the twin poles of realism and abstraction. See Richter’s responses to some of modern history’s pivotal events such as World War Two, the horror of the Holocaust and the creation of a divided post-war Germany, all of which coincided with the rapid ascendancy of the mechanically reproduced image. Through the artworks we encounter Richter’s endless variation of technique and inventiveness as a painter.

Gerhard Richter: Living Artist Archive. What is it like to work in the archive of one of the world’s most successful and influential living artists?

The exhibition is supported by UAP, Griffith University, The Johnson Art Series Hotel and other corporate, cultural and Government partners.

‘Gerhard Richter: The Life of Images’ is supported by the Australian Government International Exhibitions Insurance (AGIEI) Program. Funding for insurance has also been provided through the Queensland Government Exhibition Indemnification Scheme, administered by Arts Queensland. 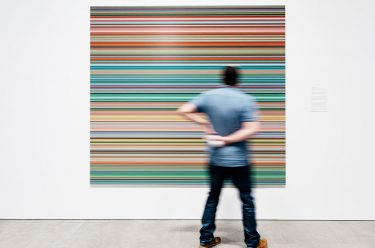