For Tracing inscriptions 2020/22, a purpose-built plotter printer is programmed by Robert Andrew to trace an undisclosed Yawuru text in Latin script, activating strings stretching over viewers’ heads that connect
to the branches and rocks opposite. Without ink, the traced letters and words are left invisible and undisclosed to the viewer. The artist seeks to upend the perceived hierarchy between written and oral languages – in this case, English and Australian Indigenous languages.

Over the course of the exhibition, swinging burnt branches and ochre-covered rocks — suspended by strings controlled by the plotter — slowly build up visible residue on the wall. The charcoal and ochre effectively write Country onto the walls, reminding viewers that they stand on Indigenous land. This undermines the trope that a gallery’s white walls create a space where artworks can be viewed without external reference points.

The 100 strings divide the central wall into one-metre squares resembling an environmental survey plan. The branches and rocks probe and subvert the grid’s limits by rubbing, jumping and crumbling over the demarcations – a reminder that nature cannot always be contained by human aspirations. 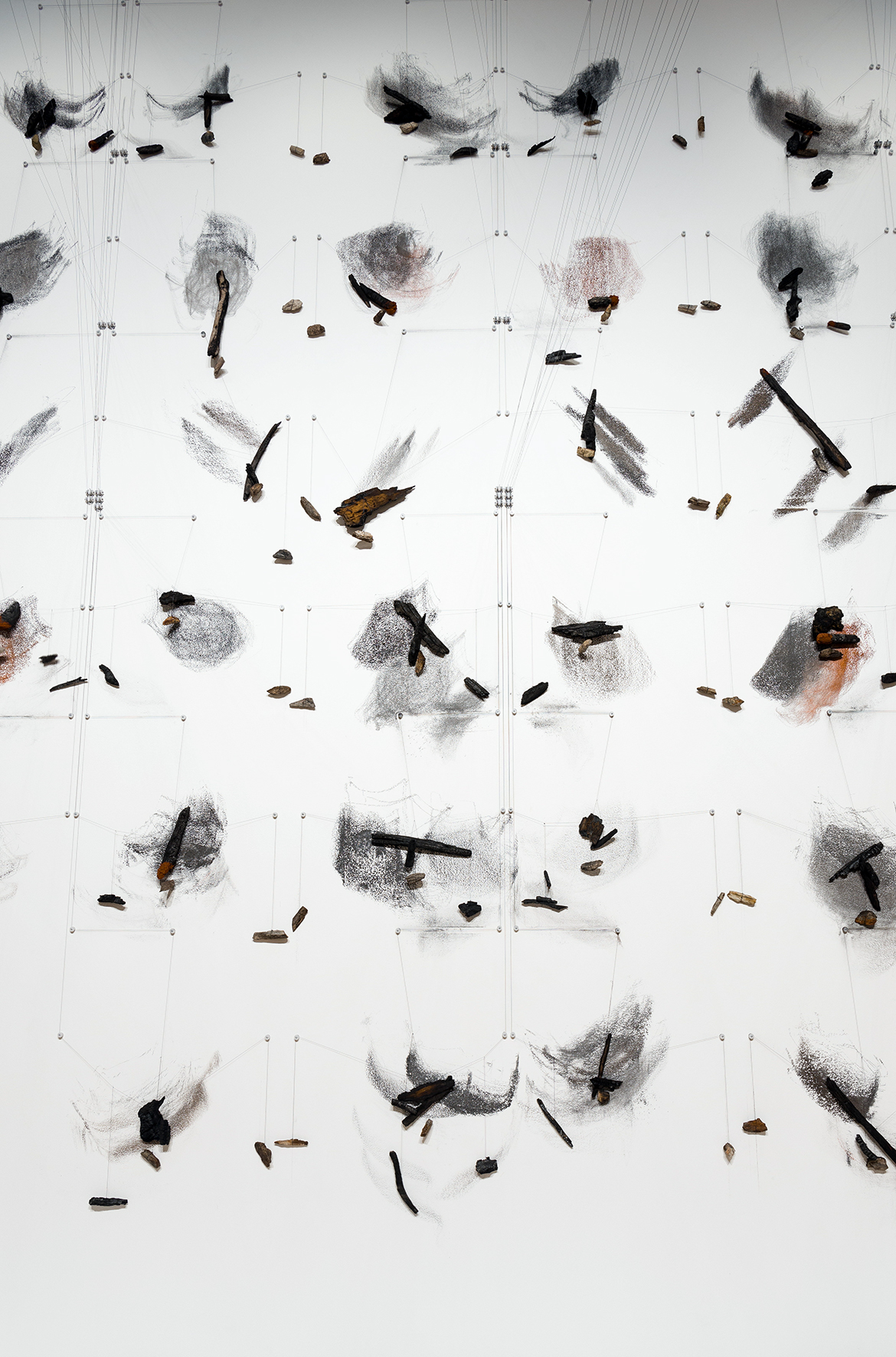 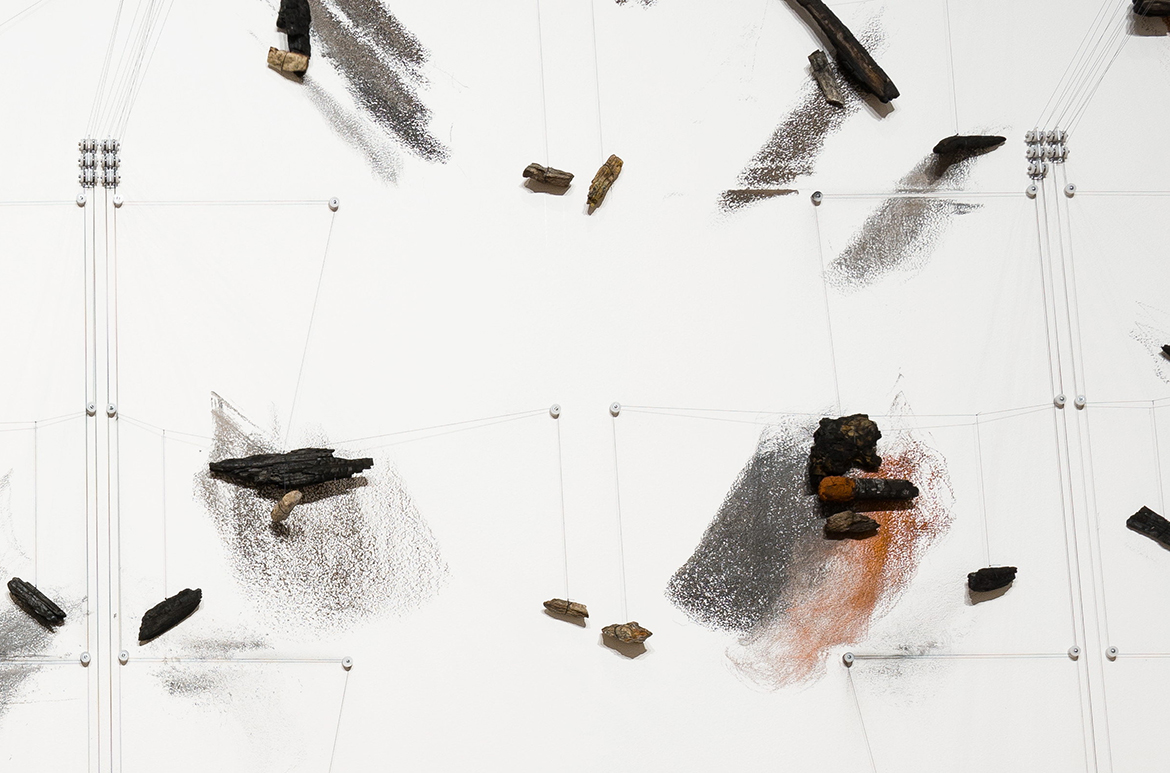 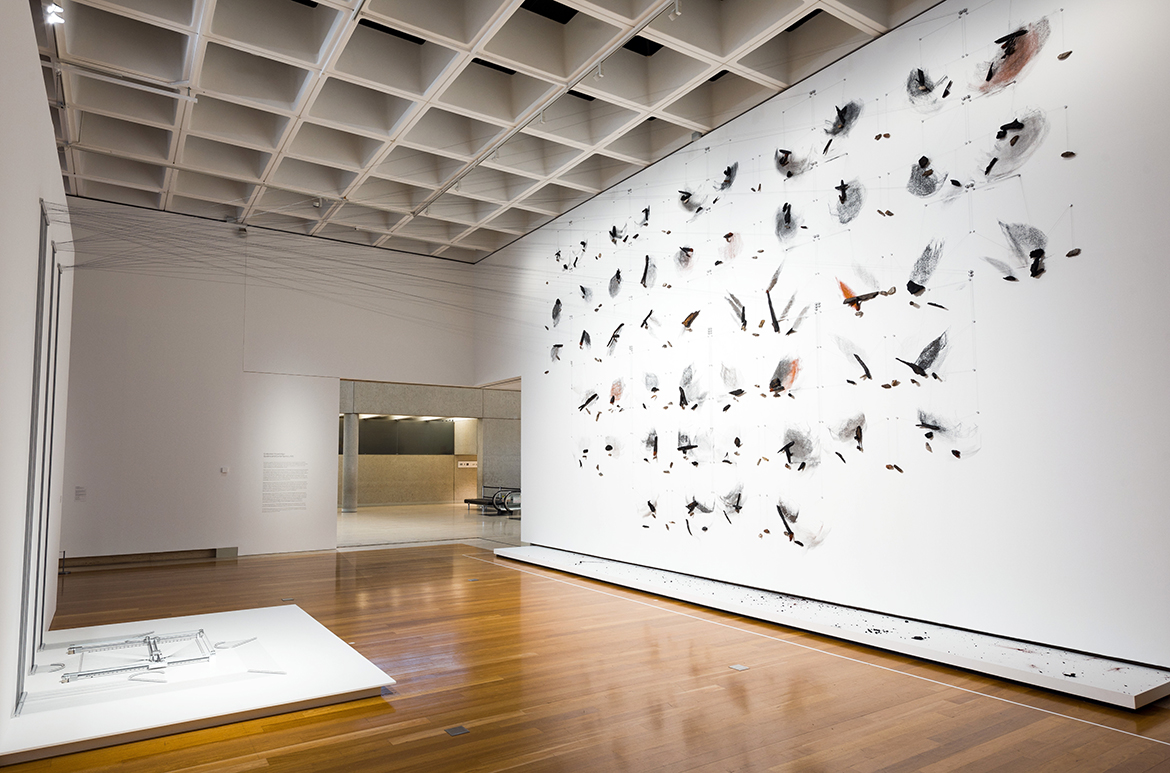 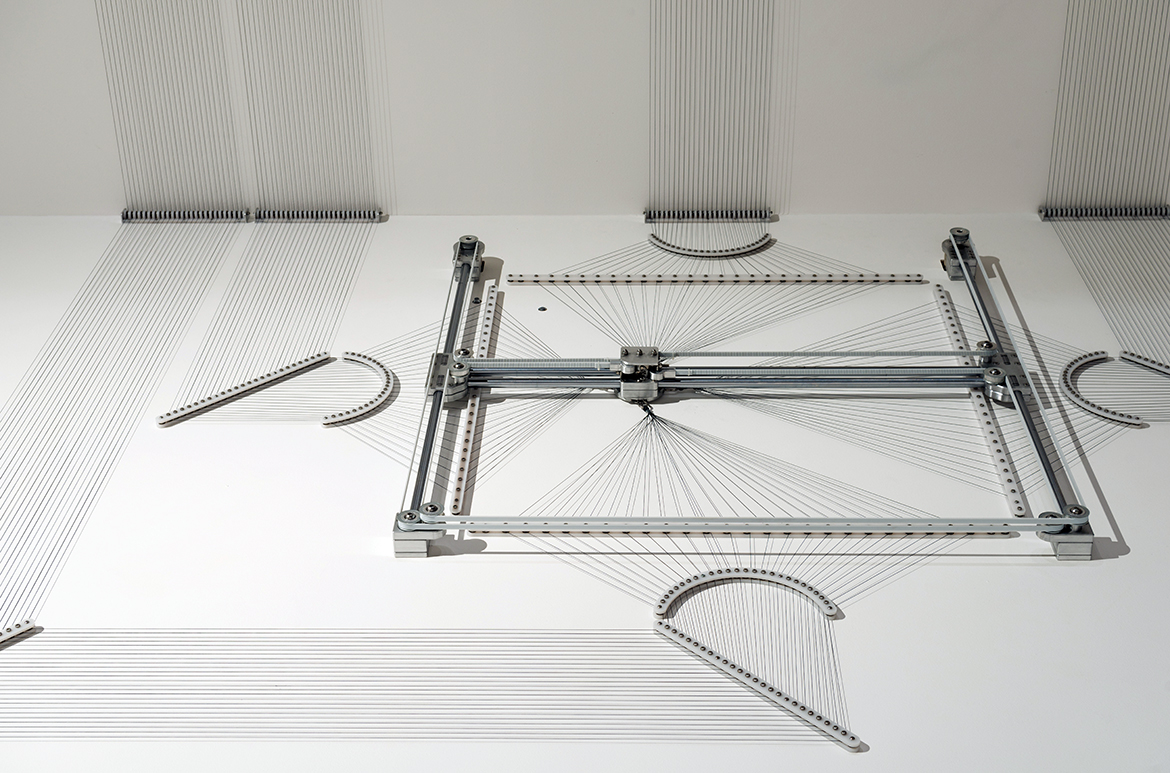