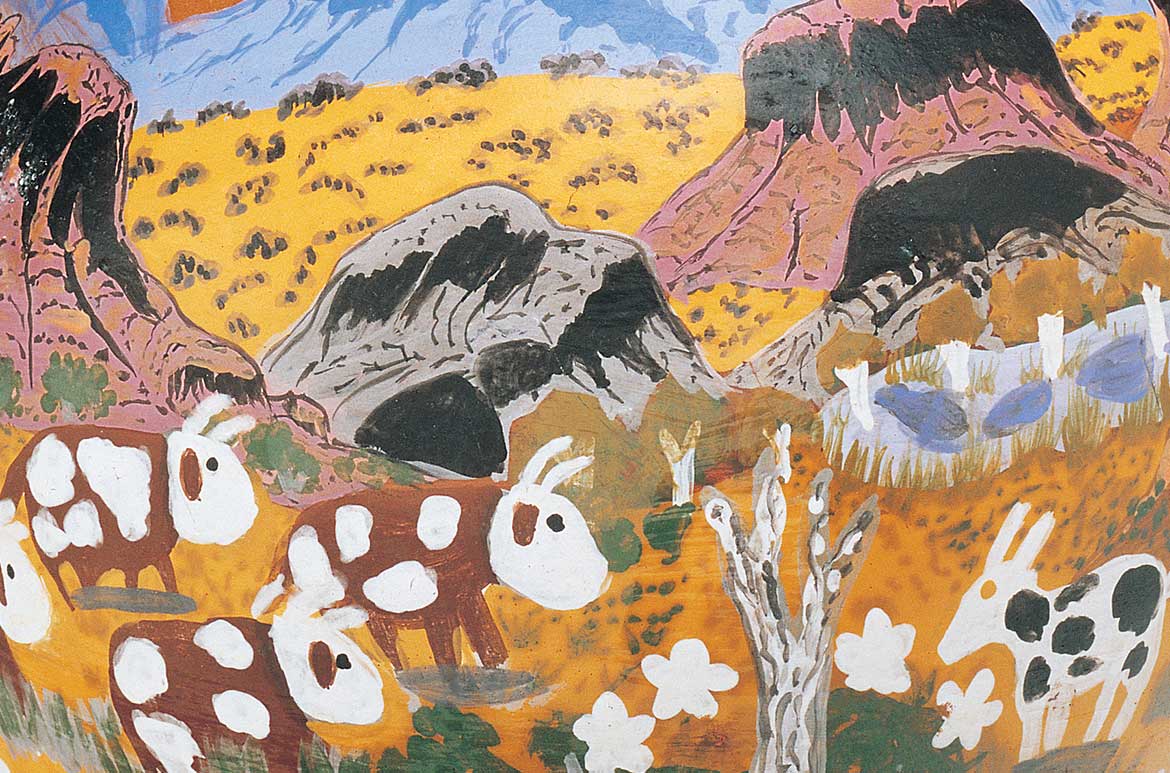 Ntaria, the former Lutheran Hermannsburg Mission, located about 130 kilometres west of Alice Springs, is now home to the Hermannsburg Potters. The Arrernte people from this area – inspired by the example of their forebear, Albert Namatjira – are famous for their watercolours of the desert interior of Australia.

When the Arrernte community took responsibility for the mission in 1982, Pastor Nahasson Ungwanaka (an important figure in the community and husband of potter Rahel Ungwanaka) sought to establish livelihoods for his people. Although he had had some experience of modelling clay figures in the early 1970s, he lobbied for more formal instruction in ceramics. This resulted in the 1990 appointment of teacher-potter Naomi Sharp and, later, the establishment of the Hermannsburg Pottery.

The Hermannsburg Potters, all women, developed a distinctive hand-coiled style, often topped with moulded figurative lids. These elements hark back to an earlier period of pottery at Hermannsburg when, in the 1970s, a kiln was installed to produce figures as part of a tourism-based craft industry. The surfaces of the pots are often painted with landscapes in the style of the Hermannsburg School, portraying the spectacular and significant places the artists belong to around Ntaria.

As pottery-making is not a traditional practice for Aboriginal people, the Hermannsburg Potters view their work as an avenue for self-expression – the richly decorated, full-bodied vessels document their culture, their history and their day-to-day lives. Their vibrant, handmade pottery, and in more recent years their paintings on canvas, have been exhibited to worldwide acclaim. 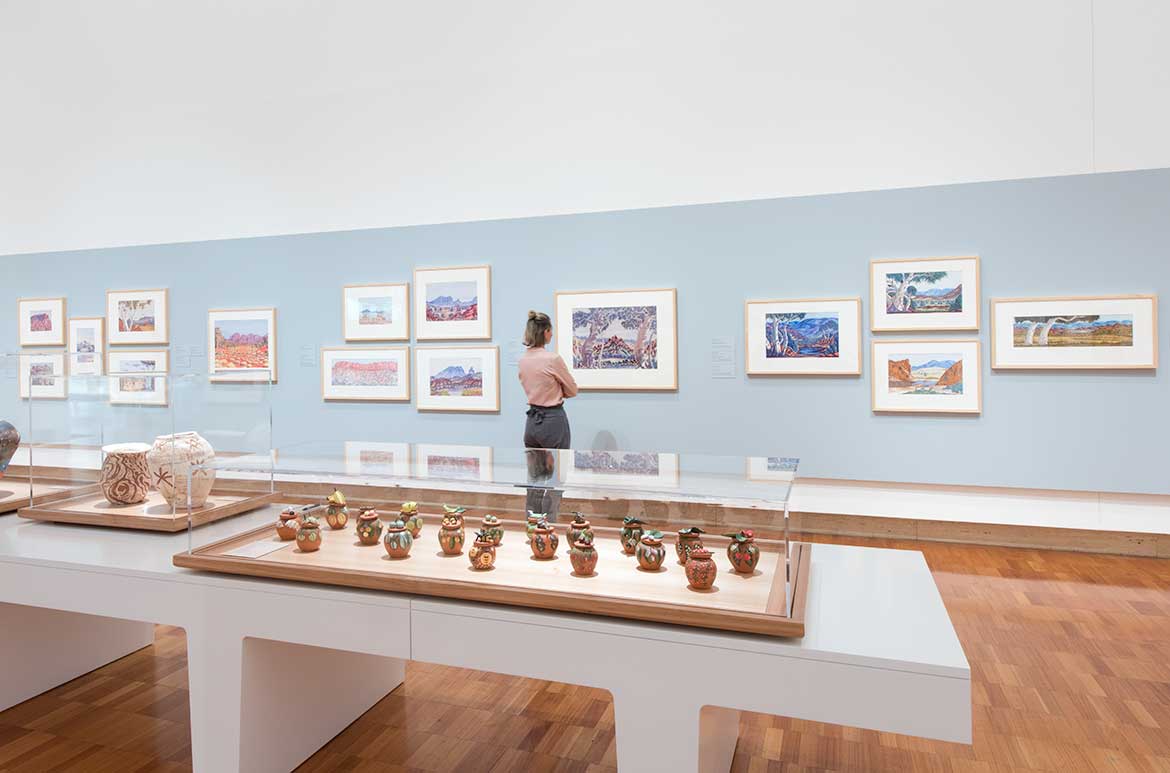