Ingmar Bergman is one of the true luminaries of post-war European cinema. In a career lasting more than half a century, he crafted films with a passion and potency matched by few other directors. His films are known for their explication of deep religious concerns, their heartfelt understanding of the intricacies of human relationships, and for their arrestingly beautiful imagery.

‘Through a Glass, Darkly: The Films of Ingmar Bergman’ is a free cinema program running from Wednesday 1 March to Sunday 19 March 2017. It explores a selection of Bergman’s key directorial works, illustrating the development and breadth of his oeuvre. These films are presented alongside a special, ticketed screening of Victor Sjöström’s The Phantom Carriage 1921, the single greatest influence on Bergman’s cinematic output, on Friday 3 March at 8.00pm.

Outside of Bergman’s work, the program also includes a screening of Trespassing Bergman 2013 on Wednesday 1 March at 6.00pm, a terrifically entertaining documentary which features a veritable galaxy of stars discussing the enduring legacy of Bergman’s films, while documenting their visits to his home on the Swedish island of Fårö. Also featured is a rare presentation of Bille August’s The Best Intentions 1992 on Sunday 12 March at 1.30pm. The Palme d’Or winning film was written by Bergman himself and acts as a study of the early years in the relationship between his parents. The Best Intentions was filmed by August after Bergman had announced his retirement (from which he would later return for Saraband 2003, screening on Saturday 18 March at 3.00pm), but is no mere imitation of the great director – it exists as its own exemplary achievement of grand familial drama.

After an initially inauspicious start in the Swedish film industry, Bergman found critical acclaim and burgeoning attention from audiences with films such as the erotically charged Summer with Monika 1953 (Saturday 4 March 1.00pm). Subsequently, the grand triumph of Smiles of a Summer Night 1955 (Saturday 4 March 3.00pm) further cemented his international reputation as a director of note. He followed up this success with the release of two films, The Seventh Seal 1957 (Friday 3 March 6.00pm and Wednesday 15 March 7.45pm) and Wild Strawberries 1957 (Wednesday 15 March 6.00pm and Sunday 19 March 11.00am), that would establish the thematic path he would follow for much of the rest of his career.

From this point onwards, Bergman focused intently on writing and directing films that dealt honestly (sometimes painfully so) with the ideas that so preoccupied his thoughts: God and faith, aging and mortality, the relationships between men and women, filial love, and the wandering escape of childhood.

However, Bergman was not a mere pedagogue and his cinematic talents were great. He could mix the harshness of realism with the logic of dreams; he could enrich surrealism with brutal sincerity. Along with his cinematographers (in particular his long-term collaborator Sven Nykvist), he produced some of the iconic images of cinema: from the two faces blending together in Persona 1966 to the knight and Death playing chess on the beach in The Seventh Seal.

His recurring repertory of actors – including Max von Sydow, Liv Ullmann and Ingrid Thulin, among others – gave life to his words with consistently powerful and moving performances. They inhabited Bergman’s characters, understanding the critical subtleties needed to render complex portraits of life. Their success was rewarded with accolades from around the world, along with four Academy Awards for Bergman as director.

This program will draw out the themes that recurred over the course of his career and explore the cinematic sphere of the great filmmaker – his work, his influences, and his continuing legacy.

Join us on Friday 3 March 2017 for a screening of Victor Sjöström’s The Phantom Carriage 1921, featuring live musical accompaniment from Brisbane band Blank Realm. The film will be screened from an archival 35mm film print, courtesy of the National Film and Sound Archive, Canberra. 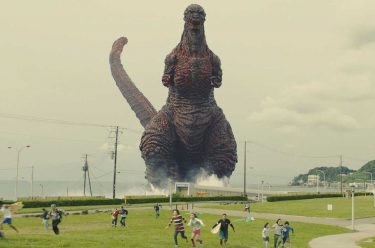