We have been saddened to learn of the passing of the art historian, critic and curator Huang Zhuan (1958–2016), who worked with the Gallery on the curatorial team for Beyond the Future, the 3rd Asia Pacific Triennial of Contemporary (APT3) in 1999.

Huang was an important observer and organiser in the field of contemporary Chinese art for more than three decades, coming of age at the height of the Chinese modern art movement. In his hometown of Wuhan, he contributed to Meishu Sichao (Art Trends), one of many small art magazines that proliferated throughout China in the mid-1980s. Graduating from Hubei Institute of Fine Arts with an award-winning dissertation in 1988, he relocated to Guangdong to join the art history department of Guangzhou Academy of Fine Arts. There, he co-organised the experimental First 1990s Biennial Art Fair (1992), served for a time as editor of the magazine Hualang (Art Gallery), and began organising exhibitions at the Shenzhen contemporary art space OCAT, where he was appointed director in 2005.

In collaboration with Claire Roberts and Wang Youshen, Huang oversaw the representation of Chinese artists in APT3, among them Li Yongbin, Xu Tan, Yin Xiuzhen and Zhang Peili. In his catalogue essay, he noted shifts from the idealistic, collectivist 1980s to cynicism and world-weariness as the political realities of the early 1990s set in, to a resurgence of optimism as Chinese artists began to appear on the world stage. In this context the challenge for Chinese contemporary art, as he expressed it, was to explore strategies that followed ‘neither old Chinese cultural and artistic forms, nor Western artistic values and rules’. Huang also contributed to the triennial conference.

His other exhibitions included the 1st Contemporary Art Academic Invitational Exhibition (1996, Beijing and Hong Kong), Re-Reading: First Guangzhou Triennial (2002, Guangzhou, with Wu Hung and Feng Boyi), State Legacy: Research in the Visualization of Political History (2009, Manchester, UK, and Shenzhen) and Thing-in-Itself: Utopia, Pop and Personal Mythology – Wang Guangyi Retrospective Exhibition (2012, Beijing). His books included Questions in Contemporary Art and The Tastes, Schemas and Values of Literati Painting (both with Yan Shanchun), Thoughts and Actions in the Art World (1991) and Politics and Theology in Chinese Contemporary Art: Reflections on the Work of Wang Guangyi (2014). 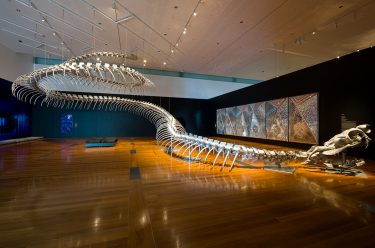