When my parents found out I had watched The Virgin Suicides (1999) at a sleepover, they created a ‘banned film’ list which ended up becoming a ‘must watch’ list for me and my film viewing was never the same again. After that, I became terrified of late night phone calls when I – think – I’m home alone (Scream 1996), demonic children and pea soup (The Exorcist 1973), falling for the wrong guy (Natural Born Killers 1994) and Anthony Hopkins with his love of a fine chianti and fava beans (Silence of the Lambs 1991).

If the kids are at home this week, these are some of the films you might want to consider hiding! What was your banned list?

The Silence of the Lambs

QAGOMA is the only Australian art gallery with purpose-built facilities dedicated to film and the moving image. The Australian Cinémathèque at the Gallery of Modern Art (GOMA) provides an ongoing program of film and video that you’re unlikely to see elsewhere, offering a rich and diverse experience of the moving image, showcasing the work of influential filmmakers and international cinema, rare 35mm prints, recent restorations and silent films with live musical accompaniment on the Gallery’s Wurlitzer organ originally installed in Brisbane’s Regent Theatre in 1929. 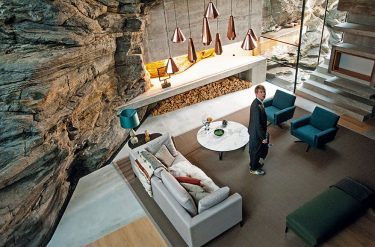