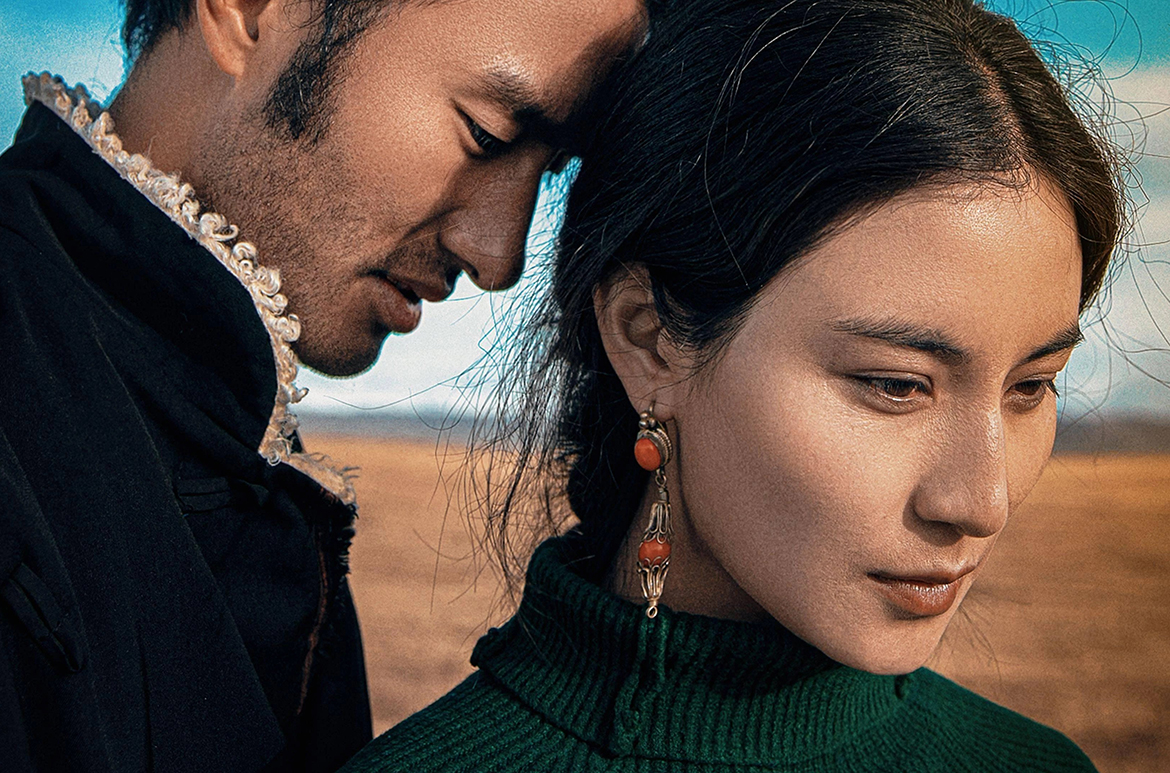 From tales of love to stories of exile, to sweeping landscapes, the current free film program from 7 October – 23 November 2022 at the Australian Cinémathèque, GOMA offers a journey through ‘The cinema of Tibet’. A filmmaking region that outputs only a small number of films, the quality of films and documentaries produced are outstanding and offer a rich insight into daily life both inside Tibet and of Tibetans in exile. Here are five films that present a window into Tibetan filmmaking.

Join us for the Australian Premiere of this exciting new documentary. As Spiritual leader of the Tibetan people, the Dalai Lama is the figurehead of Tibetan culture, yet less is known of his sister – the indomitable Jetsun Pema known as Amala (mother). This engaging look at a generous and courageous woman is a masterclass in solidarity, a life of service and the deep need for expression of identity.

Set on the stunning Tibetan steppes, Balloon follows a loving family as they navigate the challenges of their conservative farming community, spiritual obligations and China’s one-child policy with dignity and kindness. Dargye (Jinpa) and Drolkar (Sonam Wangmo) are parents to two cheeky boys, whose innocent discovery of a condom causes a stir in their rural community, to the embarrassment of the family. Tibet’s foremost director Pema Tseden deftly explores constraining gender roles and the frisson between tradition and modernity, crafting a gentle film told with humanity and humour.

Bringing Tibet Home is a dramatic, observational documentary that follows New York-based artist Tenzing Rigdol in an ambitious undertaking for his next art project. He proposes to transport 20 tonnes of soil from Tibet across three countries to a final installation in Dharamsala, India. His motivation? Not only to bring awareness to the constraints of Chinese rule in Tibet and their influence across the region but to give Tibetans in exile the much dreamed of chance to set foot on native Tibetan soil. Bringing Tibet Home is infused with Rigdol’s longing for his homeland, nail-biting moments during contentious border crossings and bold dreams that artmaking can bring people together in new ways. Bringing Tibet Home captures the Tibetan refugee experience with vivid intensity and the warmth of human connection.

Wangdrak dreams of gumboots to keep the squelching mud from his sodden feet and the cruel taunts of his schoolmates at bay. Unfortunately, his family’s financial situation can’t stretch that far and a new scythe for the impending harvest rather than new shoes are his father’s priority. A sweet and stunningly shot film by cinematographer and first-time director Lhapal Gyal, Wangdrak’s Rain Boots eloquently captures daily life in rural Tibet and the simple and raw longings of childhood.

Paris-based Fashion Designer and Filmmaker Tenzin Dasel is one of very few Tibetan women making films. In Royal Café she meditates on the filmmaking process and through candid conversations with a series of characters in cafes and bars examines the freedom and constraints of being a Tibetan living in Paris.

Also screening, Seeds is Dasel’s first short film shot on 8mm in India and combines dream sequences with a verité style of filmmaking. The film offers a fresh perspective on the restlessness of youth capturing both the inertia and big dreams of the refugee experience.

Event
Be The Mountain: Music and Conversation with Tenzin Choeyal
Ticketed

On Saturday 5 November from 1.00pm join us for an afternoon of live music and conversation with Grammy nominated musician and film composer Tenzin Choegyal, one of the world’s finest musicians with Tibetan lineages. Tenzin combines his soaring vocals and traditional folk mastery with contemporary music imaginings, his collaborations with artists throughout Australia and worldwide include Phillip Glass and Laurie Anderson.

Following the music performance, Tenzin will discuss the art of composing and capturing the emotional resonance of a film. This special music event is ticketed.

The cinema of Tibet

‘The Cinema of Tibet’ is a free film program screening from 7 October – 23 November at the Australian Cinémathèque, GOMA. View the ongoing Cinema Program.