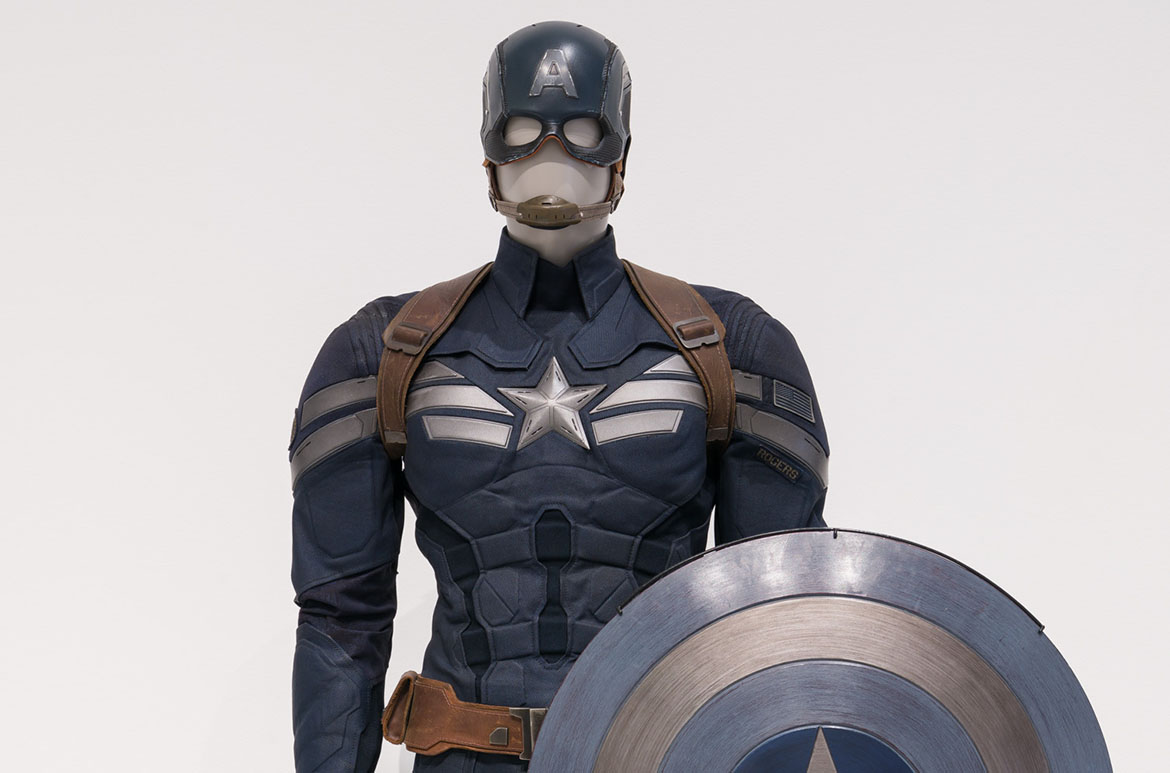 If you’re a fan of Marvel, head to ‘Marvel: Creating the Cinematic Universe’, at the Gallery of Modern Art where the Australian Cinémathèque is screening all the films from the Marvel Cinematic Universe including Captain America: The Winter Soldier 2014. This is a great opportunity to see the films and never-before-seen set pieces which have inspired the exhibition.

‘This isn’t freedom, this is fear.’
‘S.H.I.E.L.D. takes the world as it is, not as we’d like it to be. And it’s getting damn near past time for you to get with that program, Cap.’

In Captain America: The Winter Soldier Anthony and Joe Russo deliver visceral action and sophisticated plotting inspired by spy thrillers. After the events of the Battle of New York, Steve Rogers is getting up to speed with the modern world. On a hostage rescue with Black Widow, he finds she has been given a clandestine objective to reveal disloyal elements within S.H.I.E.L.D. — and that the agency is developing advanced surveillance technology at odds with his ideas of freedom. Steve goes off the grid, trusting only Black Widow and kindred spirit Sam Wilson – Falcon (Anthony Mackie). The Winter Soldier’s close-quarters combat sequences ground the film in reality, and its hero’s perspective on the layered conspiracies elevate its ‘man-out-of-time’ story to be a sharp take on spy and Super Hero alike.

DELVE DEEPER INTO CAPTAIN AMERICA AND the MARVEL CINEMATIC UNIVERSE

Go behind the scenes to experience more than 500 unique objects seen in your favourite films, including Captain America’s various suits and shields, and iconic objects which offer a glimpse into the work of production designers, storyboarding and pre‑visualisation artists, costume and prop designers, and visual effects artists alongside the original comic books which introduced the characters and influenced the films.

Purchase tickets for ‘Marvel: Creating the Cinematic Universe‘ in advance online or at the GOMA exhibition ticket desk during the exhibition period. Tickets available onsite between 10.00am and 4.00pm daily, and until 8.00pm Wednesday. ‘Marvel’ film screenings and ‘Marvel’ Up Late are separate ticketed events.