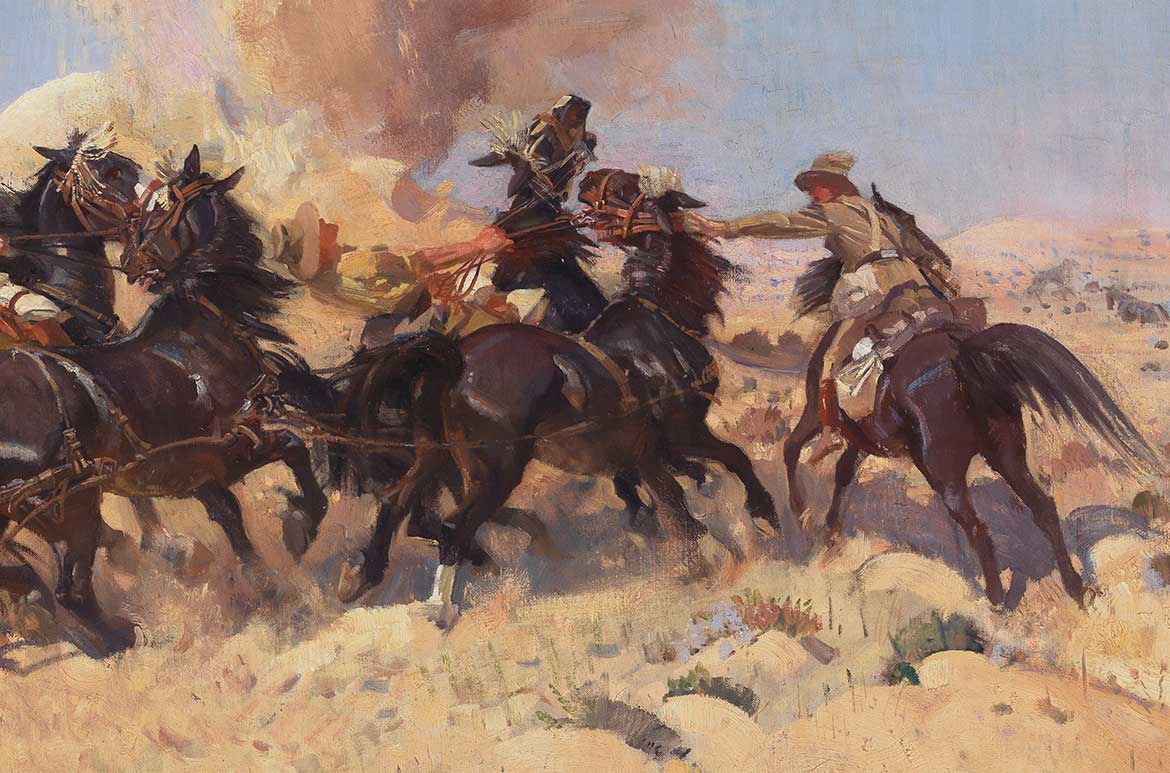 During the First World War, George W Lambert (1873-1930) served Australia as an Official War Artist attached to the ANZAC Mounted Division. He spent two terms in service, the first with the Light Horse in Palestine, and the second in Gallipoli and Egypt before his military contract discharge, when he was commissioned to paint an activity of the 2nd Australian Light Horse Field Ambulance Walk (An incident at Romani). The Battle of Romani was the last ground attack on the Suez Canal at the beginning of the Sinai and Palestine Campaign. The battle was fought 3-5 August 1916 near the Egyptian town of Romani.

The 2nd Light Horse Field Ambulance was formed in Brisbane with the majority of the unit from Queensland. It’s purpose was to provide medical transport and aid to the wounded and sick soldiers of an Australian Light Horse brigade. Consisting of a Mobile Unit and a Receiving Station, all officers of the ambulance were either medical doctors or surgeons. The Mobile Unit travelled with its brigade into combat where it would establish a Dressing Station, using stretchers or carts to retrieve the wounded before transporting them back for surgery.

The contingent sailed from Brisbane on HMAT A30 Borda on 15 December 1914. We take this opportunity to reflect on the Light Horse Field Ambulance, with one of the many stories of courage. The soldiers of the 2nd Australian Light Horse Regiment are remembered with a marble and bronze Honour Board at the Shrine of Memories, ANZAC Square, in Brisbane.

As a result of Lambert’s service during the First World War, he was offered a variety of commissions to paint scenes from significant war time events after his war contract had officially ended in 1920.

Among these was a 100 pound commission from the 2nd Light Horse Field Ambulance to paint Walk (An incident at Romani), the activity of the Field Ambulance during the Turkish attack at Romani, in the north west Sinai Desert.1 The completed painting was to be given to the Queensland (National) Art Gallery by the Light Horse in memory of their fallen comrades. Lambert received the commission in 1919, to be painted immediately after he was released from his official war contract.

At the time, Lambert wrote the following to his wife in Britain: ‘I have a job to do at Kantara of the Field Ambulance work, very interesting’.2

The incident to which the painting refers occurred during the Battle of Romani on 4 August 1916. The 2nd Light Horse Field Ambulance had deployed two sand-carts to an exposed part of the line in order to retrieve some seriously wounded men. Upon its return journey the Field Ambulance envoy came under Turkish fire and its panicked horses started to bolt.

Tragedy was averted when the corporal signalled ‘Walk’, and galloped to the front of the party to steady the teams. After the horses had been calmed and resumed their pace, the enemy apparently recognised the Ambulance’s mission and averted their fire. As a result of their bravery and composure during the incident the corporal and drivers were awarded Military Medals.3

The Light Horse units were mounted infantry with efficient mobile medical support. The Field Ambulance ensured the removal of the wounded from the front line to the advanced Dressing Station where there were surgical and resting tents. The sand carts had two wheels with tyres that were wide enough to stop the cart digging into soft sand, and could carry two or three stretchers. In heavy sand four horses were necessary to pull the cart, and the cart had to be steered by a rider on one of the lead horses.

‘Walk (An incident at Romani)’ (details) Re-enactment for ‘Walk (An incident at Romani)’

When it was decided in 1919 to give Lambert the commission to paint this incident, the actual event was already three years in the past. To enable Lambert to make sketches of the event, it was re-enacted at Kantara, Egypt in 1919. Photographs were taken of Lambert at work sketching this re-enactment. The completed painting portrays the moment when the corporal signals ‘Walk’ whilst rushing to the front of the group to steady the bolting teams.

Colonel David Gifford Croll, CBE, was an eminent Queensland doctor who served in both World Wars, and is remembered for his service in the Middle East. Upon his return to Australia Dr. Croll resumed his medical practice in Sherwood, Brisbane and was in correspondence with George W. Lambert on behalf of the 2nd Light Horse Field Ambulance for the commission of Walk (An incident at Romani) as the core of the 2nd Light Horse Field Ambulance was formed in Brisbane.

“Mr G.W. Lambert, Official Artist, A.I.F. be commissioned to paint a picture depicting an incident in the history of the ambulance, such a picture to be presented to the Queensland National Art Gallery by members of the 2nd Light Horse Field Ambulance, in memory of their comrades who will return no more.”

The picture is to cost not less than £100 (one hundred) and is to faithfully depict an historic incident in the Battle of ROMANI. Its size will be approximately 4 feet x 2 feet. 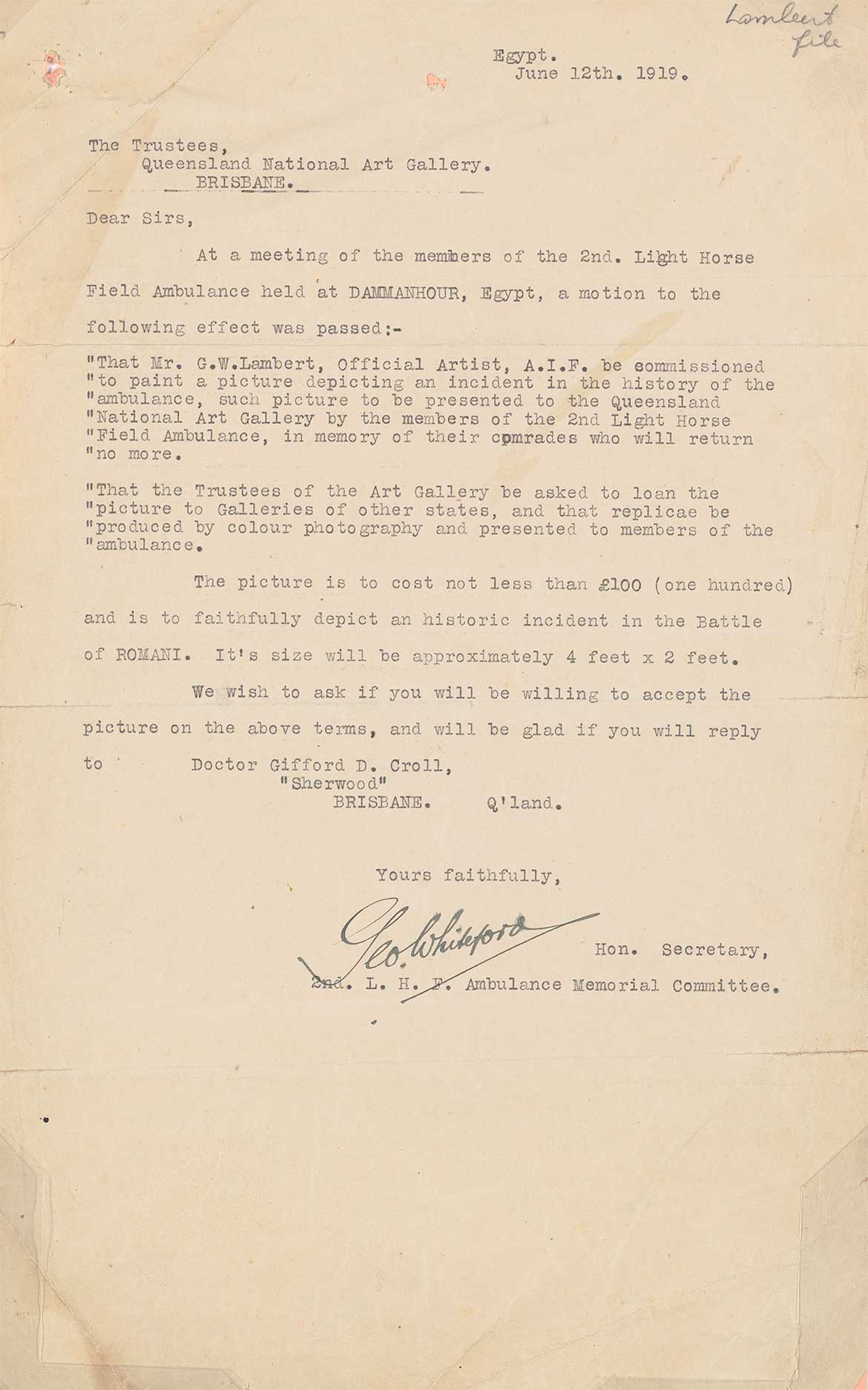 “As regards reproduction I have a job of my own being reproduced and could if you wish see about ‘the Romani Incident’ Costs. Time. etc.Again I cannot give you a day for the completion but please retain the faith which has kept you going so long. 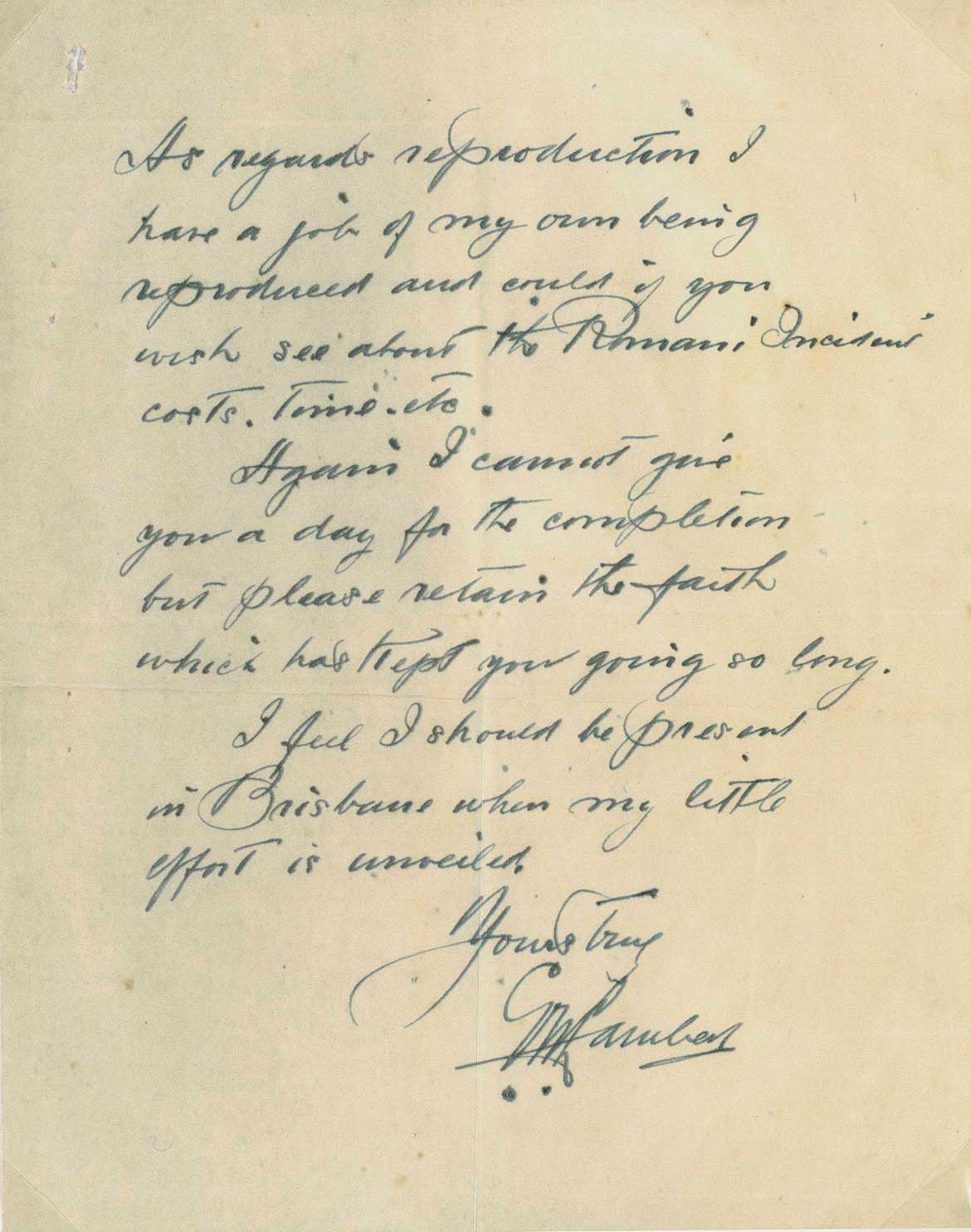 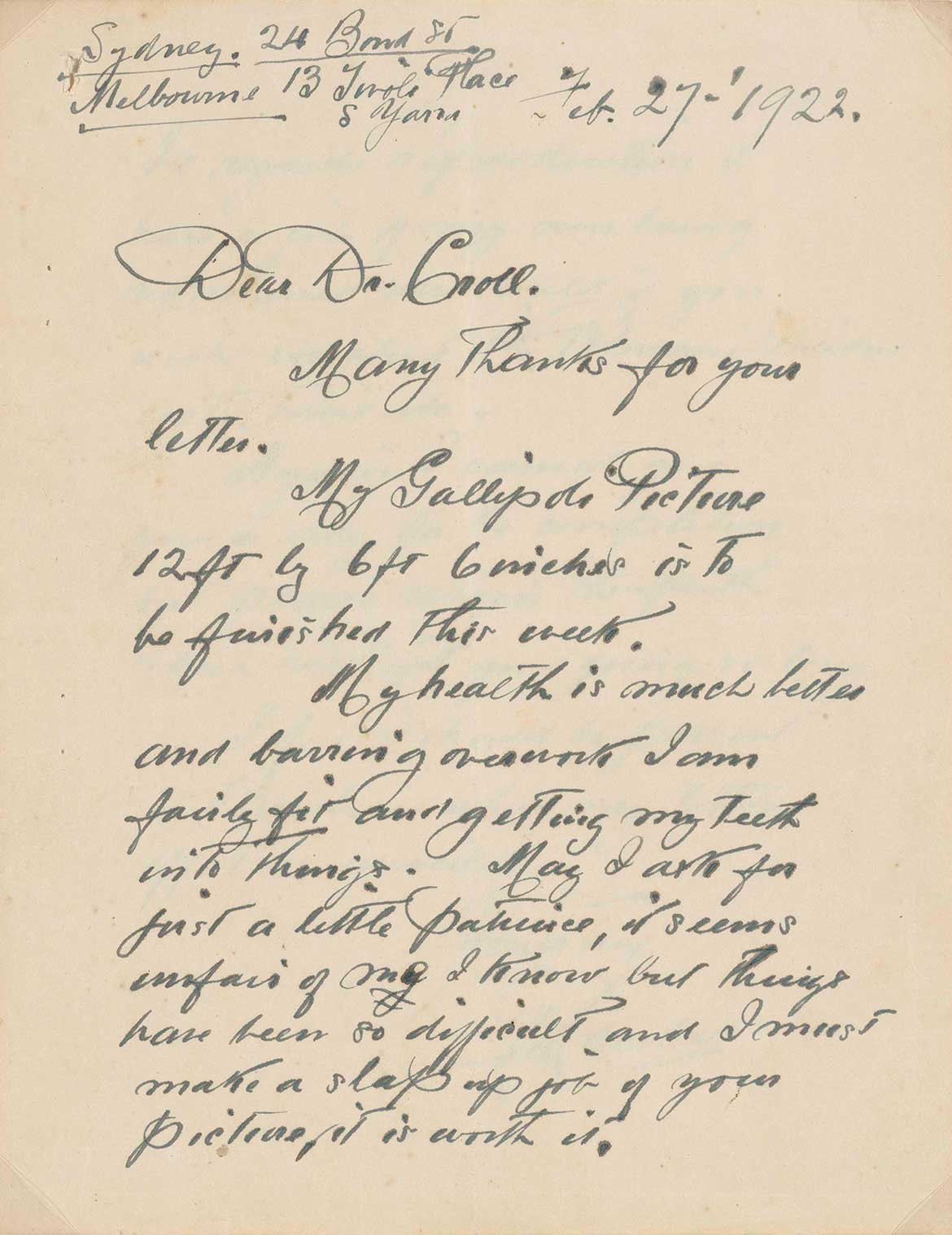 Remembrance Day marks the anniversary of the Armistice which ended the First World War, signed 11am on 11 November 1918. We still remember those who have given their lives in conflict before and since, by taking a minute to stop, be silent and remember the war that was to end all wars. 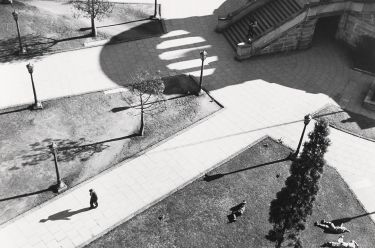