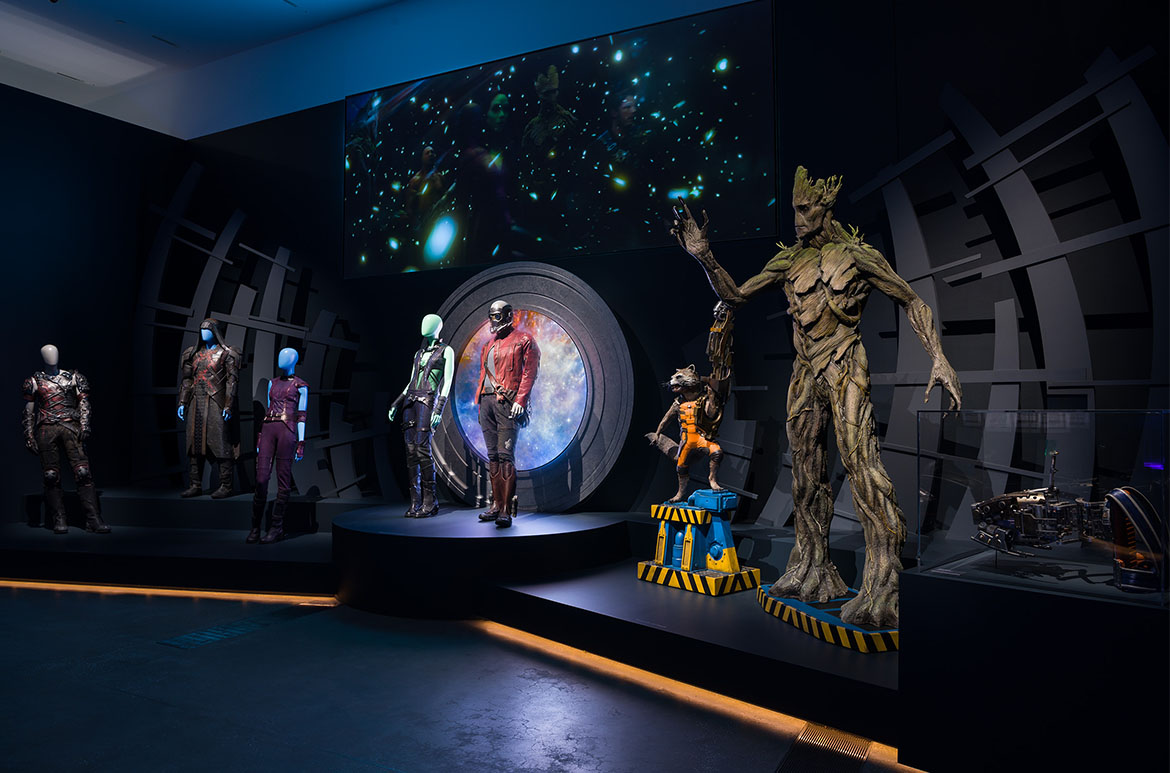 In Guardians of the Galaxy 2014 a group of intergalactic criminals are forced to work together to stop a fanatical warrior from taking control of the universe. Take the rare opportunity to see all the films from the Marvel Cinematic Universe during ‘Marvel: Creating the Cinematic Universe’ and view never-before-seen set pieces from your favourite films.

‘I’m a warrior, an assassin. I don’t dance.’
‘Really? Well, on my planet, we have a legend about people like you. It’s called ‘Footloose’. And in it, a great hero, named Kevin Bacon, teaches an entire city full of people with sticks up their butts that, dancing, well, is the greatest thing there is.’

With its ‘Awesome Mix Vol. 1’ soundtrack — in the film, a gift to Quill from his dying mother — Guardians of the Galaxy revels in far-out locations and high-impact space battles, and brings Thanos to the fore as the manipulator behind the greater machinations of the Cinematic Universe.

Go behind the scenes to experience more than 500 unique objects including iconic objects which offer a glimpse into the work of production designers, storyboarding and pre‑visualisation artists, costume and prop designers, and visual effects artists alongside the original comic books which introduced the characters and influenced the films.

Purchase tickets for ‘Marvel: Creating the Cinematic Universe‘ online or the ticket desk 10.00am and 4.00pm daily, and until 8.00pm Wednesday. ‘Marvel’ film screenings and ‘Marvel’ Up Late are separate ticketed events.