For art to be truly modern, the French writer Charles Baudelaire urged in 1846, it must reflect its own time.

By the second half of the nineteenth century, the artists featured in ‘Modern Woman: Daughters and Lovers 1850–1918: Drawings from the Musée d’Orsay, Paris‘ turned away from traditional subjects and techniques that had dominated French and European art for centuries.

Influenced by political upheaval and the seething urbanity of Paris, they fixed their attention on scenes of everyday life, from the dynamic and rapidly changing urban environment and quiet recesses of the private home, to sites of leisure far beyond the sprawling city.

These artists also strove to capture the changing nature of encounters between men and women of different social classes, the exhilaration or solitude of feeling lost in a crowd, and the new anxieties thrust upon the modern individual.

One subject served as a crucial vehicle for navigating the unfamiliar terrain of modernity: depictions of women. Previous academic conventions had relegated women in art to being virgins, saints or idealised allegorical figures, and notions of femininity were now being challenged in life as well as art. In this exhibition, we will see the multiple aspects of women, from the elegant ‘Parisienne’ to women in the workforce and the independent ‘new woman’, to mothers, sisters and lovers. Often pictured in contemporary dress, the figures in these drawings are glimpsed in private spaces, but also city streets and cafes. Daringly erotic or hauntingly enigmatic, such portrayals speak to the complexity of the modern world, and the new social relations emerging within.

The image of woman, in all its ambiguity and diversity, becomes the face of modernity, and in the unrehearsed immediacy of these drawings we can glimpse a sense of the fleeting sensations that characterised La Belle Époque.

‘Modern Woman: Daughters and Lovers 1850–1918: Drawings from the Musée d’Orsay, Paris’ opens at the Queensland Art Gallery on Saturday 24 March and can be viewed until Sunday 24 June. The exhibition has been curated especially for Brisbane and many of the works have never been seen together and most probably will never be seen together again, so don’t miss this rare opportunity. The accompanying publication is available from the Gallery Store or online. 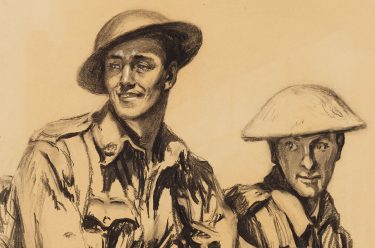