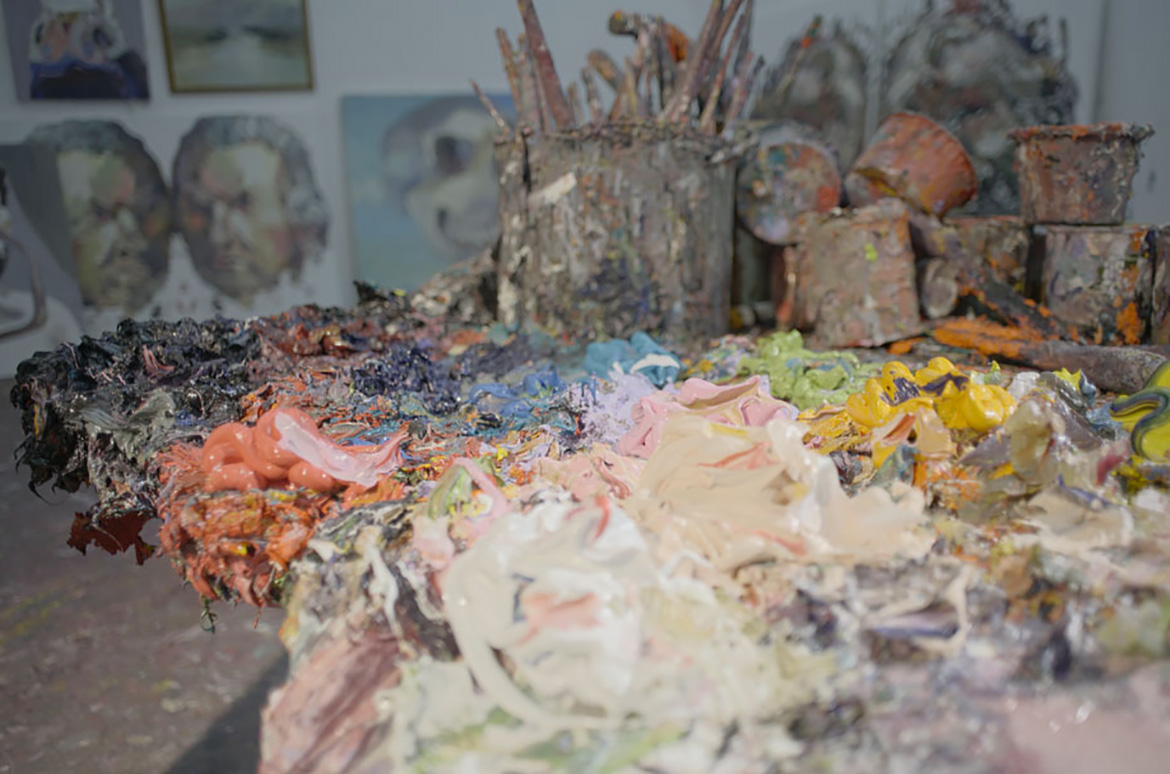 Ben Quilty reflects on his work, art practice and career at the opening of his exhibition ‘Quilty’ at the Gallery of Modern Art (GOMA). Quilty is in conversation with friend and exhibition curator Lisa Slade, Assistant Director, Artistic Programs, Art Gallery of South Australia.

Quilty gives us an insight into his day, his working practice at his studio in the Northern Highlands of New South Wales, his place of solitude, and his current and future projects. He also fondly remembers Margaret Olley (1923–2011), the subject of his 2011 Archibald winning portrait, and her lasting influence.

Quilty has created a series of site-specific, hand-drawn portraits of Margaret Olley. These large-scale chalk drawings are based on preparatory sketches he made for the Archibald portrait. Quilty has cast in chalk some of the objects Olley gave him over the years; teapots, jugs, and vases, and used these to produce the wall drawings.