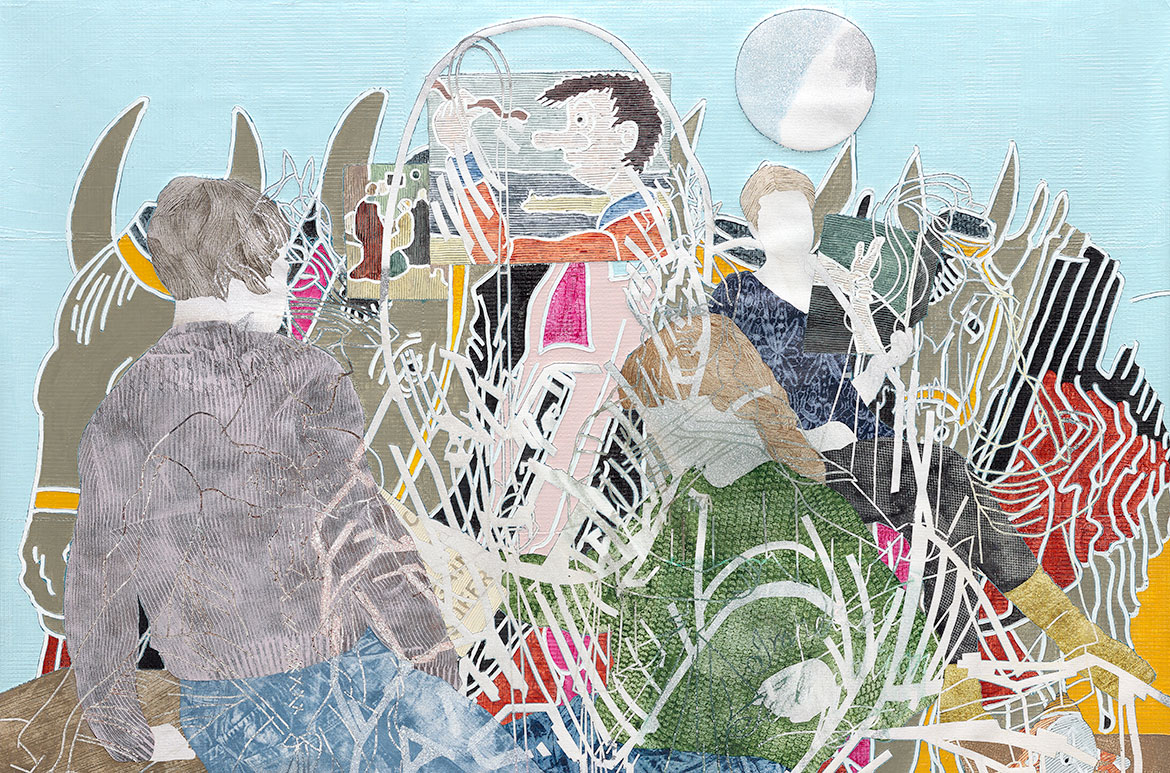 Future Collective member Belinda Elderton reports on the art, the tough decisions, and the collective camaraderie of the group’s recent project pitch event

At a time when the marriage equality survey is causing the Australian people to question the value of their vote, the QAGOMA Future Collective members demonstrated the uplifting power of democracy at our annual pitch event.

Now in its third year, the pitch is the culmination of the year’s memberships and sees the group decide how to direct their donations.

The pitch has been an integral part of the growth of the Future Collective, as members value the ability to have a real say in acquisitions made by QAGOMA. As in previous years, three curators were provided a platform to deliver their case for funding a programme or acquisition to the Collective.

After a stirring introduction from Simon Elliott, Deputy Director, Collection and Exhibitions, highlighting the ever-expanding Future Collective membership and providing a recap of the two prior acquisitions made with funds from the group – Abdul Abdullah’s ‘Coming to terms’ series and most recently Helen Johnson’s ‘Women’s work’ –  it was Bruce McLean, Curator, Indigenous Australian Art, who talked first.

Tony Albert is an artist whose politically engaged practice uses vintage kitsch ‘Aboriginalia’. The Gallery owns Sorry, a major work by this artist, and McLean outlined how building Albert’s presence in the Collection is a priority as he is a significant artist from Queensland with increasing prominence nationally and internationally. McLean proposed a commission for a group of card towers which would allow the Gallery to introduce a new and different aspect of the artist’s practice to the Collection.

Simon Wright, Assistant Director, Learning and Public Engagement, was up next with a pitch that tugged at the heartstrings: a new early childhood development program. Surely, in a more pressured environment, Wright’s use of cute baby images would have been scandalous, but the ‘oohs and aahs’ in the room gave an early indication of a solid tactical gambit. The second part of the presentation included support for other children’s programming as well as a digital publishing and learning initiative.

Finally, past winner, Peter ‘it’s not all about winning’ McKay, Curator, Contemporary Australian Art, gave us a veritable light-bulb moment with a pitch for a major installation work for the Gallery.

With the pitches finished, tours for the group of the newly upgraded storage space and the Australian Collection rehang (which features the new works commissioned from last year’s pitch winner Helen Johnson) gave time for the Collective to deliberate prior to the vote.

The voting was a highly regulated and officially scrutinised affair conducted by the AEC using Australia Post to deliver . . . sorry, wrong vote!

With a show of hands and a quick count of absentee votes, the winner, by a narrow margin was to commission a new work by Tony Albert! Albert is sure to continue to be an influential artist as his practice develops and the Collective’s ability to add the new work to the QAGOMA Collection lays a strong platform for the future of contemporary Indigenous art at QAGOMA.

The Future Collective has again demonstrated the power of the group with many individual contributions allowing for a substantial acquisition. Over time, as the group continues to grow, there is hope that more than one pitch can be awarded funding at each pitch event.

Thanks to all the Gallery staff that organised, presented at and attended the event.

The QAGOMA Future Collective brings together a group of young professionals who share a passion for arts and culture. Members support the Gallery by providing philanthropic support to the QAGOMA Foundation.