Composed of 270 000 crystal pieces, Boomerang is an imposing example of internationally renowned Chinese-born artist Ai Weiwei’s strategy of working playfully across cultural contexts. Shaped after the iconic Aboriginal throwing tool, this oversized, intensely lit, waterfall-style chandelier fills the soaring space above the water in the Queensland Art Gallery Watermall as if it were in a hotel’s grand foyer. Ai Weiwei has a history of bringing everyday things into art museum settings. He has long acknowledged the influence of early-twentieth-century artist Marcel Duchamp, who famously brought otherwise banal objects – including a men’s urinal and an upturned bicycle wheel – into a gallery and declared them art, thereby creating the ‘readymade’.

Duchamp’s challenges to convention opened up new possibilities for art, highlighting the ways in which an object’s value and meaning can shift when it changes context. Accordingly, Boomerang takes the chandelier, with its connotations of wealth and opulence, and enlarges it to absurd scale, shaping it into the motif of an object associated with exotic conceptions of Australia.

Watch: Be a Kids Art Explorer

Boomerang was the centrepiece of Ai Weiwei’s participation in ‘The 5th Asia-Pacific Triennial of Contemporary Art’ (APT5) in 2006–07, and he gifted the work to the Collection.
#QAGOMA 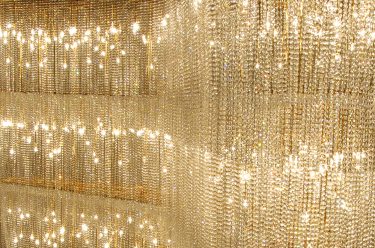 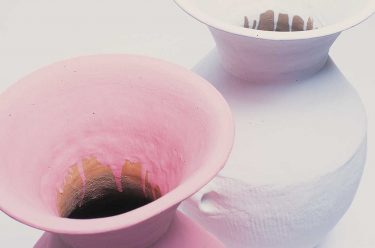