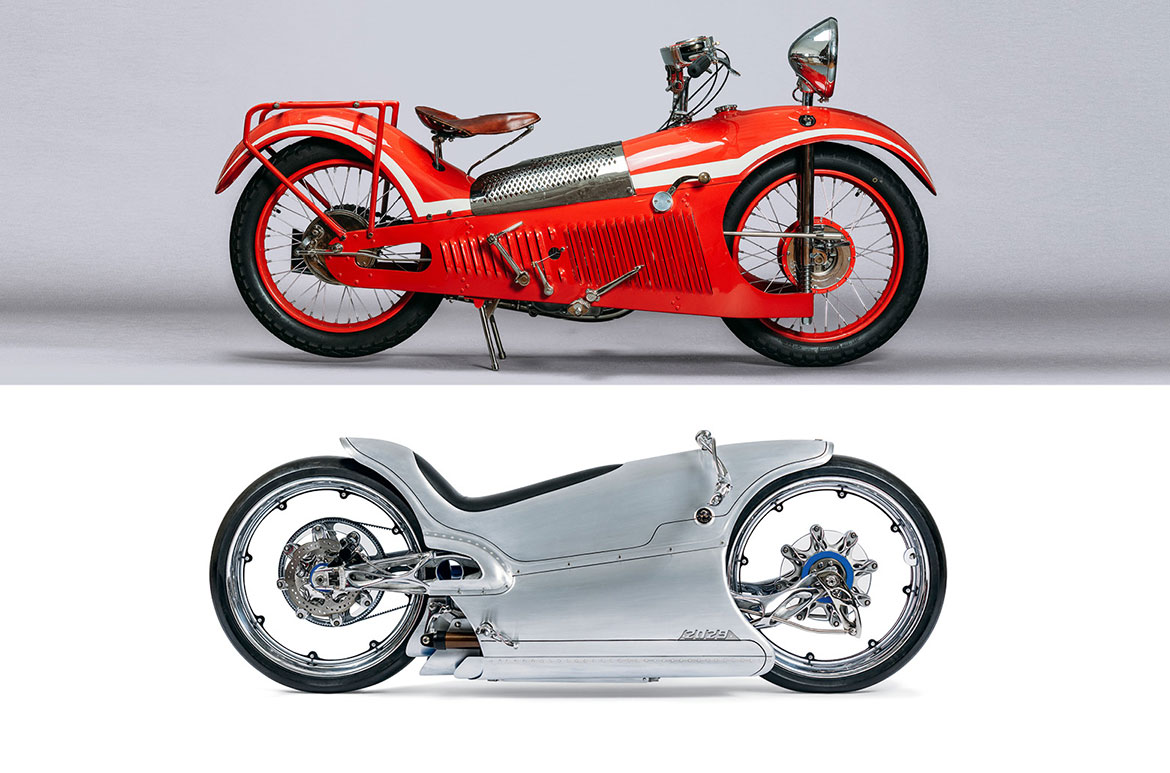 If you’re a lover of all things motorcycles, escape to ‘The Motorcycle: Design, Art, Desire‘. We look to the future with the Fuller Moto ‘2029’, while honouring the past, an eclectic tribute to a century old classic, the Majestic c.1929. The exhibition looks at 150 years of ground-breaking design that shaped one of the most iconic objects the world has ever seen and flaunts the future of these road machines.

DELVE DEEPER: Dip into the full list of Motorcycles

The Majestic is perhaps the greatest of all French motorcycle designs, although it had little impact upon its release. Designer Georges Roy was inspired by Art Deco to create the motorcycle’s flowing lines, and its curvaceous pressed-steel bodywork enclosing the entire frame and engine, standard in car manufacturing, was unheard of in motorcycle design at that time.

The Majestic’s design embodies a sense of speed, modernity and luxury emblematic of the 1920s. Its chassis is enclosed in riveted pressed-steel panels, which allowed sophisticated riders to travel without getting messy, unlike other dirty, loud motorcycles of the era. When all motorcycles were black, Roy also offered the Majestic in several bespoke colour schemes.

The motorcycle is not only an aesthetic marvel but also a technical triumph. The hub-centre steering is an example of Roy’s mechanical prowess — looking forward, as it does, to modern-day Yamaha, Bimota and BMW steering and suspension designs.

All of this bravura thinking was expensive to produce, and the Majestic failed to sell in significant numbers. Today, we look at it with a sense of wonder. Commissioned by Bobby Haas to explore possible new directions for custom motorcycles, Bryan Fuller looked to the past while designing and fabricating for the future. This motorcycle was built in anticipation of the 100-year anniversary of the classic 1929 Majestic. Just like the Majestic, the streamlined torpedo shape recalls the Art Deco style of the 1920s.

While the external streamlined shape of the Fuller Moto 2029’s aluminium body mirrors that of the Majestic of 90 years ago, its heart is an electric motorcycle of the twenty-first century with clear polycarbonate wheels and titanium parts produced by Computer Aided Design (CAD) and 3D printing technology.

Like the Majestic, it has the unusual, but innovative, hub-centre steering shared by only a few motorcycles over the years, due to its complexity. However, unseen under the bodywork is the electric motor and battery of a Zero electric motorcycle, a company only in existence since 2006, flipped upside down to work with the low profile of this machine.

The Fuller Moto 2029 looks backwards in order to look to the future of customs. 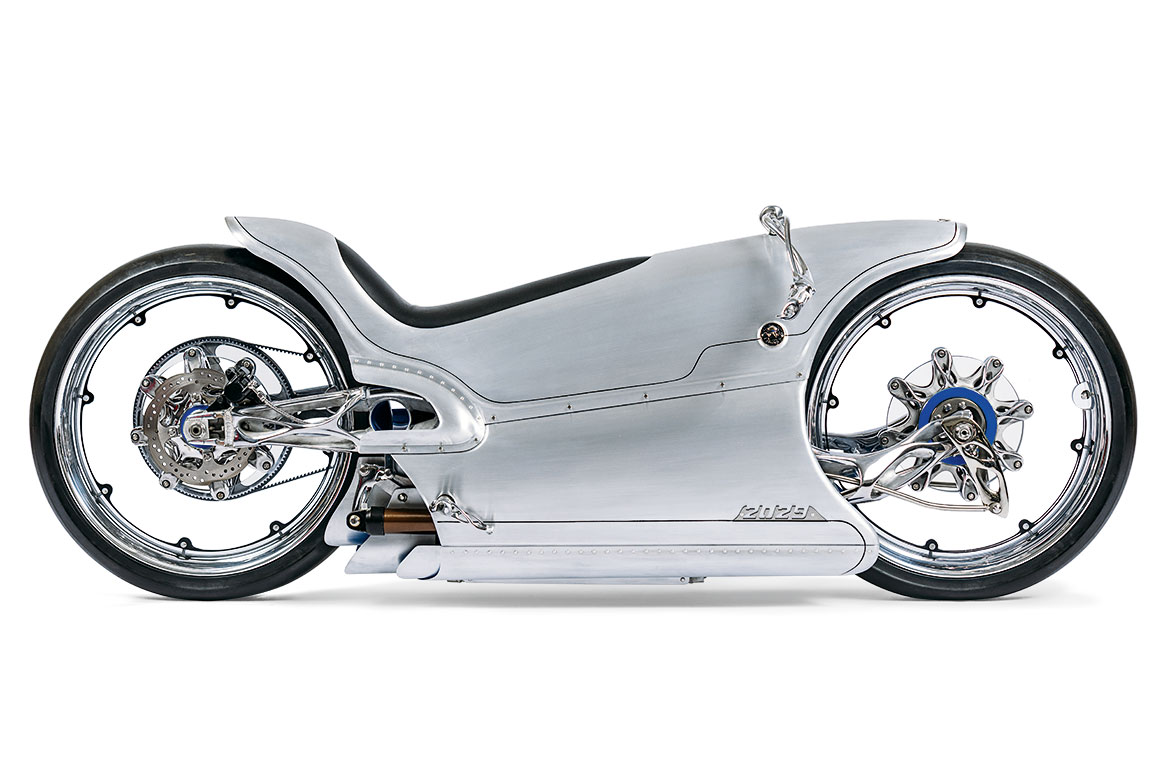