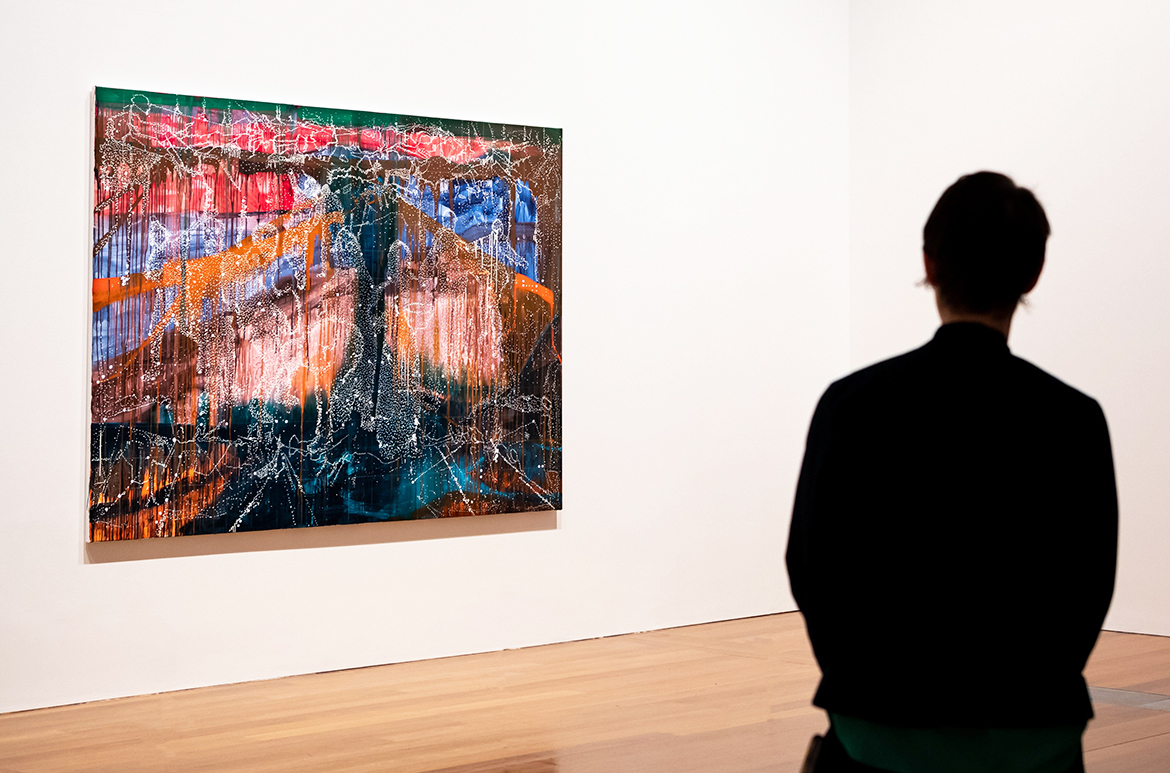 Time and again, James C. Sourris AM has collected work by artists who display immense courage in their creations: artists who assert their difference and independence, and who bear the light of truth, often at incredibly difficult moments, when the tide of opinion is moving counter to their own.

In 2011, the Gallery curated an exhibition that celebrated ten years of contemporary art and revealed how Sourris’s first decade of collecting, and then gifting, to the Gallery had evolved. He has sustained that support: ‘Courage and Beauty: The James C. Sourris AM Collection’ at the Gallery of Modern Art from 3 September 2022 to 25 June 2023, is a sequel, comprising works gifted and supported in the subsequent decade, with a great number never having been publicly exhibited until now.

DELVE DEEPER: The symbolic potential of colour, shape and gesture

The exhibition ‘Courage and Beauty’ is curated in three strands — Transcendental, Symbolic and Elemental. Here we profile the Transcendental strand, the first in our series.

The exhibition commences with an exploration of the transcendental, and appropriately, with the work of the artist that first caught Sourris’s eye — the paintings of Albert Namatjira.

I remember clearly when I first became interested in art. The year was 1954 and I was selected by the school Principal to be in charge of the library. On three of four walls were works by Albert Namatjira, donated to the college by a wealthy grazier. I was so enamoured with the paintings that I was determined that one day I would own a Namatjira. Little did I know it would take me 31 years to achieve my ambition . . .1

To convey the violence he witnessed in 1945, on the frontline of World War Two, German–Australian artist Udo Sellbach created his principally abstract painting Untitled (April-May) 1968. Its flat, often black shapes with irregular, complex edges, recall the devastated cityscapes that surrounded him like a void, obliterated by intense bombing.

In contrast, Gareth Sansom’s monumental painting Metamorphosis 2017 (illustrated) is filled with imaginative and colourful shapes and structures that, on closer inspection, teeter on the precipice of formlessness. In its entirety, Metamorphosis appears to picture a psychic landscape, with the main abstract elements floating on an oceanic horizon, framed by figures mimicking mountainous terrain. In a similar vein, Jon Cattapan’s The Bowl 2018 (illustrated) considers subtle aspects of the universal, as well as gesture at its most elusive.

Grounded in both time and place, James Fardoulys’s quixotic painting Blue roses 1964 is an expression of community and Greek culture in Australia.

Given the title of the exhibition, we might be inclined to group these works across a strict divide of courage and beauty; however, it is the spillage and slippage across these categories that animates each work. What strengthens them as a collection is their demonstration that beauty can be understood in displays of courage, and courage can be derived from an internalisation of beauty.

Looking back over 20 years, the growth of both collection and collector is plain to see. It is a growth of vision and insight that, in the case of James C. Sourris AM, is to be generously shared with us all.

Peter McKay is Curatorial Manager, Australian Art.
The accompanying publication Courage and Beauty: The James C. Sourris AM Collection is available at the QAGOMA Store and online. 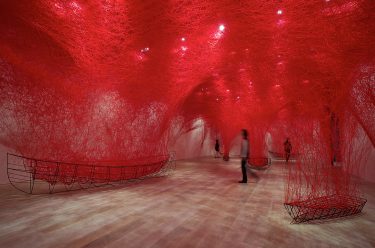