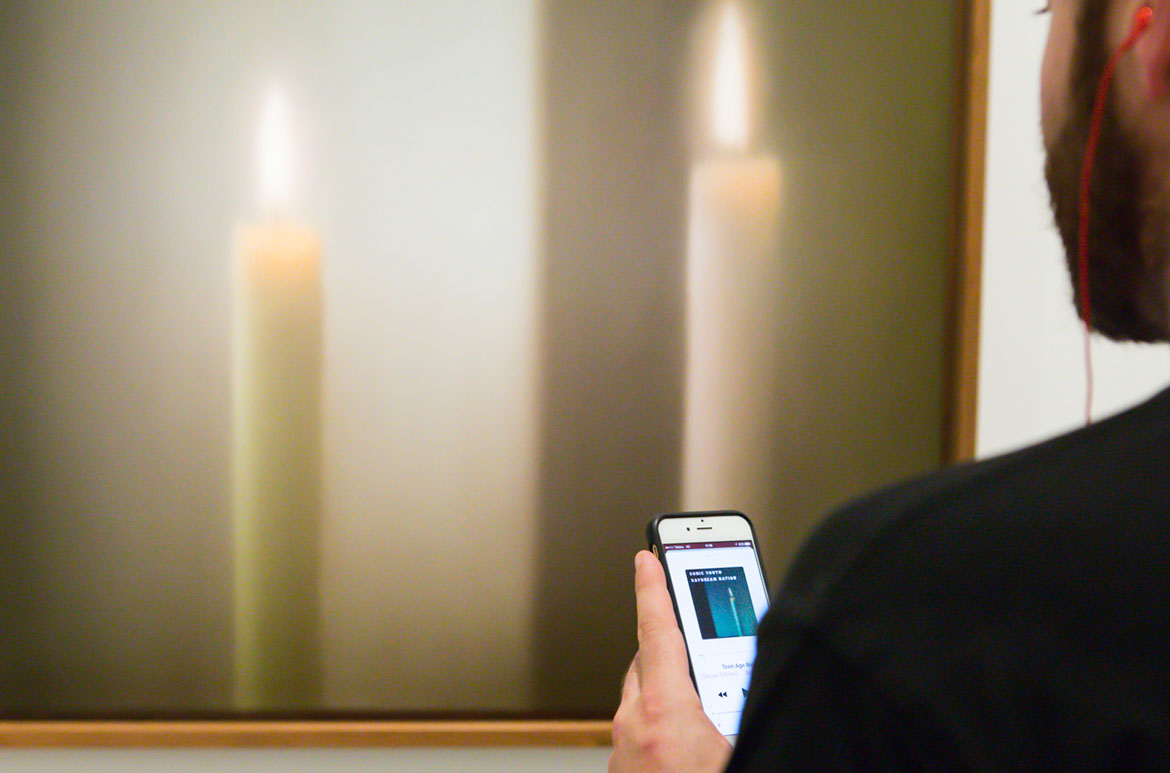 Gerhard Richter’s Two candles (499-4) 1982 belongs to a series of vanitas-inspired images that were a focus for Richter in the early 1980s. The vanitas tradition and the closely related concept of memento mori, at their height in the seventeenth century, used symbolic objects to remind the viewer of their mortality and the worthlessness of worldly goods and pleasures.

Still-life painting was the vehicle by which this concept could be communicated visually. Motifs, such as skulls, the hourglass, rotting fruit and wilting flowers, were emblematic of the passage of time and the inevitability of death and decay. Similarly, the candle is a familiar vanitas motif, reminding the viewer of their mortality. The candle’s flame will burn for a finite time, then, as the wax melts away, the light will be extinguished.

A similar painting Candle 1983 was used by American band Sonic Youth for the cover of their 1988 rock album Daydream Nation and references the name of one of their songs. Daydream Nation‘s title came from a lyric in the song ‘Hyperstation’, also considered was ‘Tonight’s the Day’ a lyric in ‘Candle’. The album is considered to be the band’s best work. Do you know of other recent album covers designed by artists?

‘Gerhard Richter: The Life of Images‘ was at the Gallery of Modern Art (GOMA) from 14 October 2017 until 4 February 2018 and featured over 90 works from six decades of Richter’s career. Drawn from major museum and private collections, as well as Richter’s own personal archive, the exhibition provided a unique opportunity to view the diverse range of his exploration of painting.