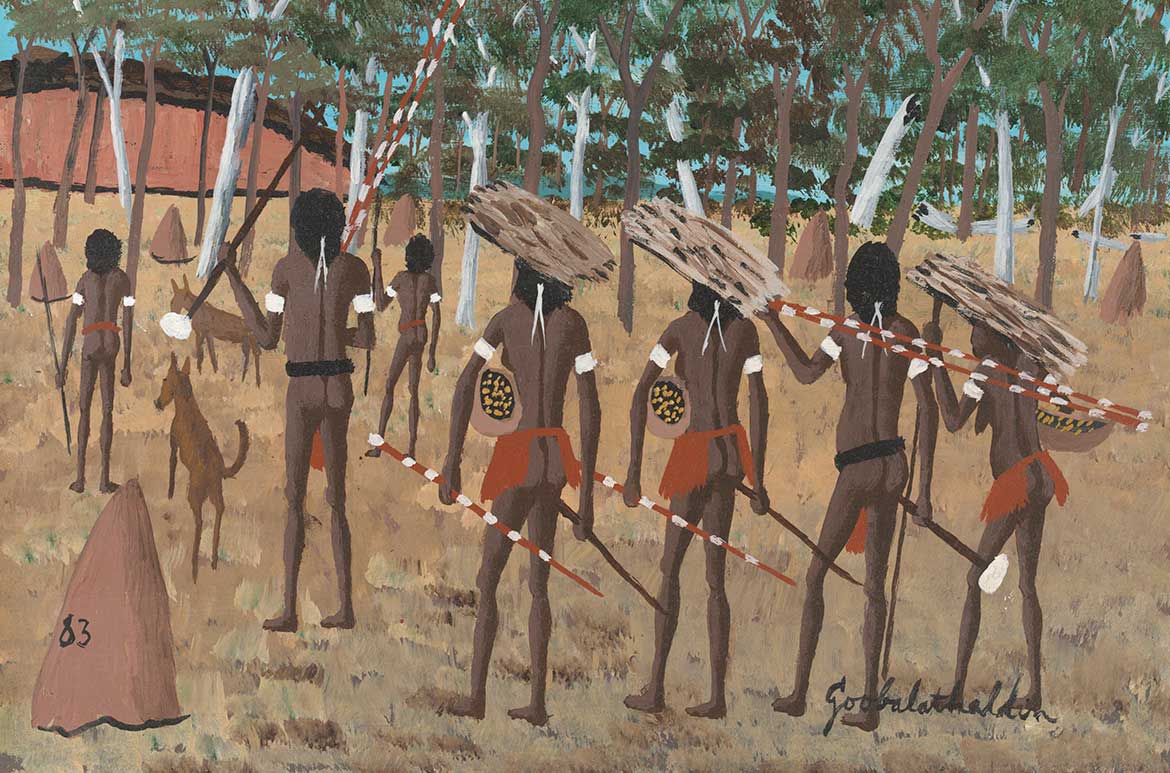 The first major retrospective celebrating the life and work of artist and Lardil man Goobalathaldin Dick Roughsey (1920–1985) opens at the Queensland Art Gallery (QAG) from 30 March 2019. ‘Stories of this Land’ recognises the artistic and social contributions of Roughsey, a revered elder, artistic pioneer and legend of Queensland Aboriginal art. The exhibition features more than 70 of the artists works, including early barks, paintings, ceremonial and historical objects, original illustrations from his picture books and three story book films.

Roughsey was well-known for his landscape paintings featuring North Queensland ancestral narratives and scenes depicting life on Mornington Island both before and after European contact. He is probably best known for his illustrated children’s books, notably The Rainbow Serpent – first published in 1975 and still in print today. Roughsey truly understood the power of storytelling, for thousands of children The Rainbow Serpent remains an important first encounter with Indigenous Australian culture and an introduction to some of the key Indigenous narratives of this land.

Born in 1920 at Gara Gara (Karrakarra), a remote site on the coast of Mornington Island, his extraordinary life over sixty five years had taken him on journeys throughout Cape York and Far North Queensland, to major cities in Australia and internationally.

As a young boy Roughsey was removed from his family and taken to the newly established Presbyterian Mission dormitory on Mornington Island. Growing up he worked on cattle stations, as a deckhand and then as a yardman on the coast of the south-eastern Gulf. It was here that a chance meeting with the pilot and artist Percy Trezise would develop into a lifelong friendship, with Trezise encouraging him to further explore art-making practices.

Soon after, together with his brother Burrud Lindsay Roughsey, he began to develop a unique style of Lardil bark painting which is now well-known for its stark white background over which traditional Lardil stories are painted in a unique silhouetted figurative style. In 1971 Roughsey was among the first Aboriginal people to publish an autobiography and in 1974 he became the first chairperson of the Aboriginal Arts Board of the Australia Council.

Feature image detail: Goobalathaldin Dick Roughsey’s Tribe on the move in the past, Cape York 1983
#QAGOMA 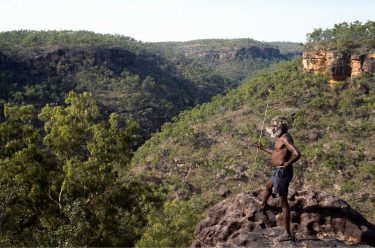