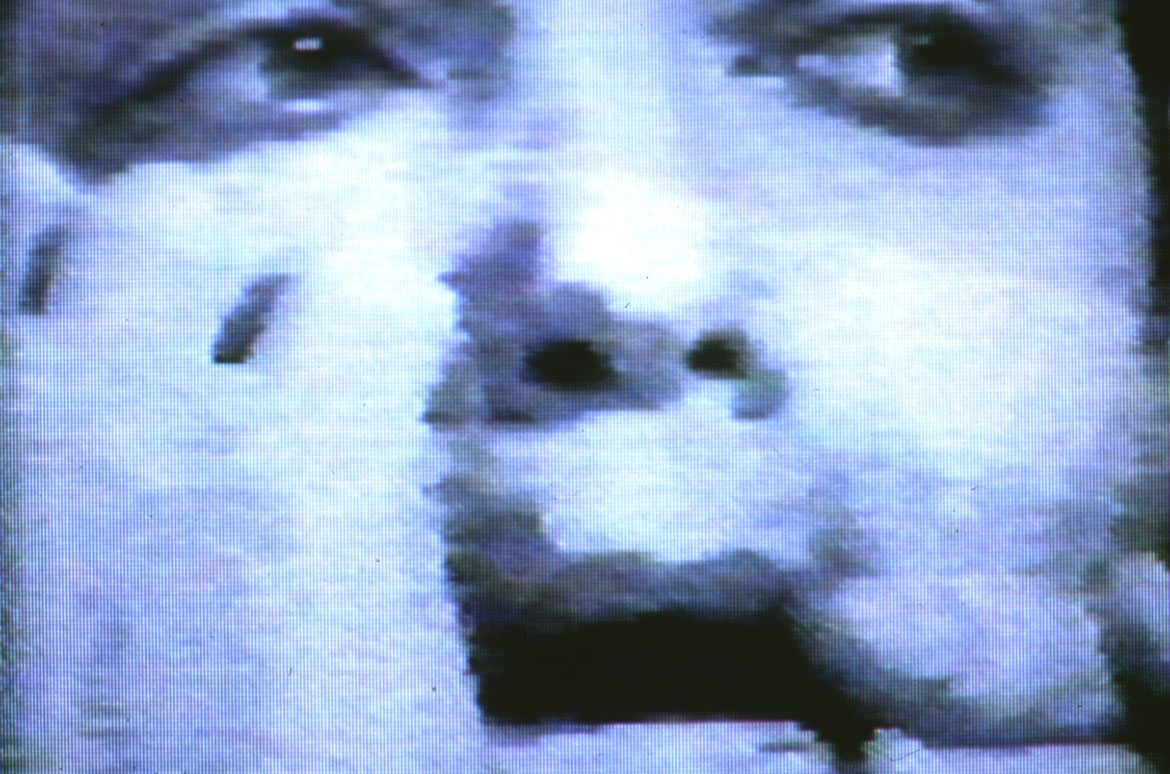 As we all struggle with the impact of COVID-19, unanchored from our usual schedules and habits of a lifetime, we look at new ways to reach out to art lovers in Australia and around the globe to showcase our Collection. Since QAGOMA temporarily closed its exhibitions in late March, we’re taking social distancing to a fine art, and we’d like to welcome you to our first #homewithQAGOMA exhibit where our curators bring the Gallery to you.

At times we have all struggled to speak, knowing the frustration and confusion when language momentarily fails us. How often do we have a word on the tip of the tongue, stutter, confuse words, or choke up at the very moment we most need to communicate?

Miscommunications abound in the COVID-19 pandemic: video calls freeze, national and state guidelines become lost in translation, all while medical misinformation spreads across the Internet. Taking its title from Mona Hatuom’s video work, ‘So much I want to say’ evokes the isolation and unease many of us are feeling as we try to find the words during this highly unusual time.

So much I want to say

In Mona Hatuom’s video So much I want to say we watch a rotating montage of still images; each showing a pair of male hands gag and obscure the artist’s face. As these images flick through, a soundtrack of the artists voice continuously recites the phrase: ‘so much I want to say’.

Made at the time of the Lebanese Civil War when the artist could not return to Lebanon from England, Hatuom felt this barrier of communication acutely. The hands that inhibit her speech may represent global political powers or the British cultural establishment, muffling the voices of those alienated because of their race, nationality or gender. 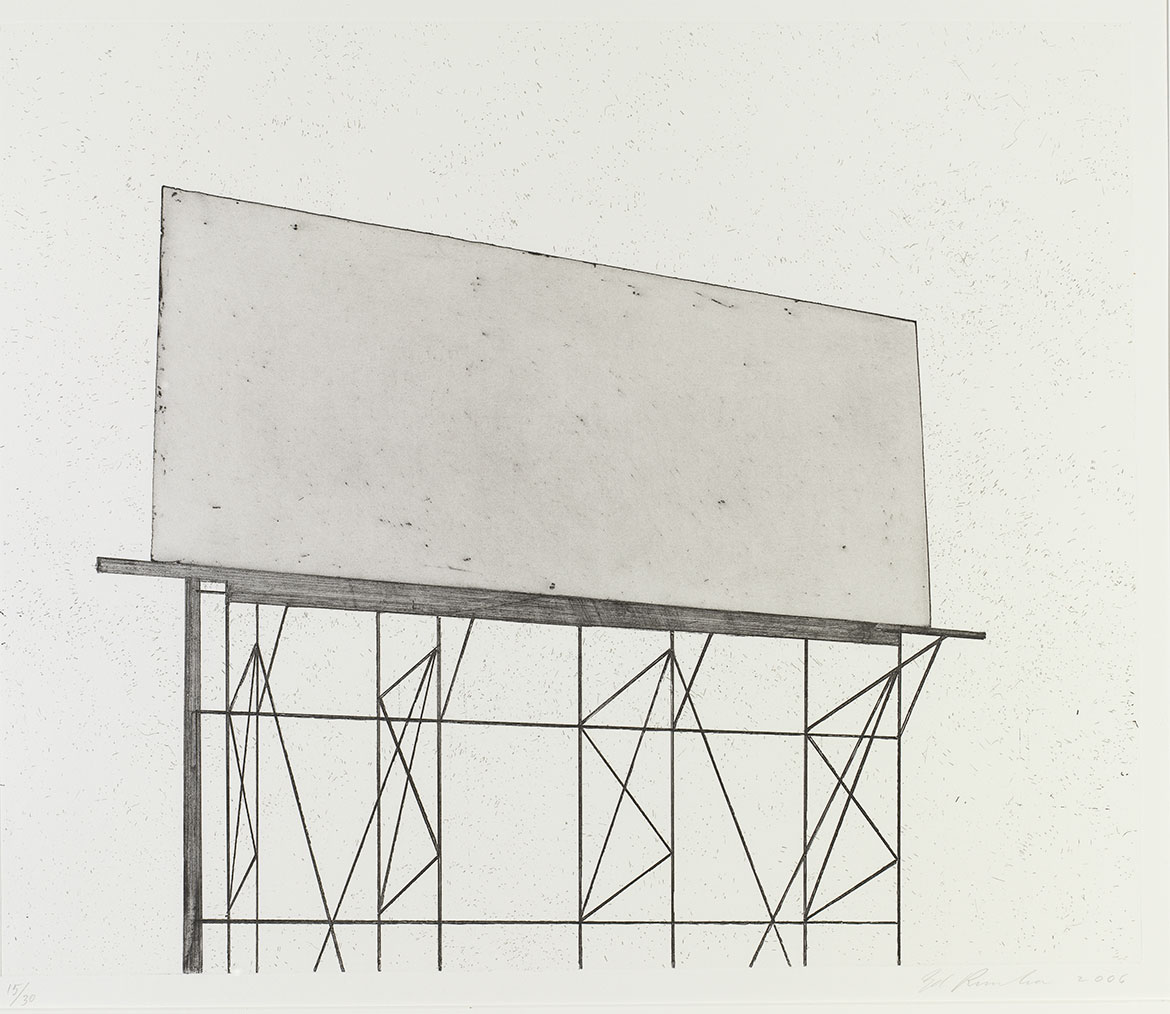 Edward Rushca’s empty billboards promise to sell us something, or direct us somewhere, but instead tell us nothing. Throughout his career, Ruscha has depicted commonplace infrastructure in the vast deserts along the West Coast of America. Roadside billboards punctuate these long routes across the west, with bold font convincing drivers to buy this, visit that town, turn on this exit and so on.

Yet, in this series, grey billboards are as empty as the landscapes in which they reside. If billboards are used to entice us on the drive, then these blank signs give us nothing to anticipate or desire. In Ruscha’s images, the flat planes and steel supports of the billboard remain, but their message is unnervingly absent.

For each stencil a revolution

Latifa Echakhch takes sheets of carbon paper used for political posters and transforms them into an abstract colour field. Sprayed with alcohol, the paper drips blue pigment, completely drained of content. A chaque stencil une revolution (For each stencil a revolution), refers to the organised strikes and demonstrations of the 1960s, when carbon paper and stencil machines were used to reproduce political flyers in the absence of photocopiers. As the blue pigment drips from the paper, these ‘flyers’ are emptied of their political power, such that each sheet in the grid becomes a ghostly monument to revolutions past.

Echakhch’s installation asks: how can we protest effectively today? Can new technologies hold those in power to account without resistance fading into empty rhetoric. 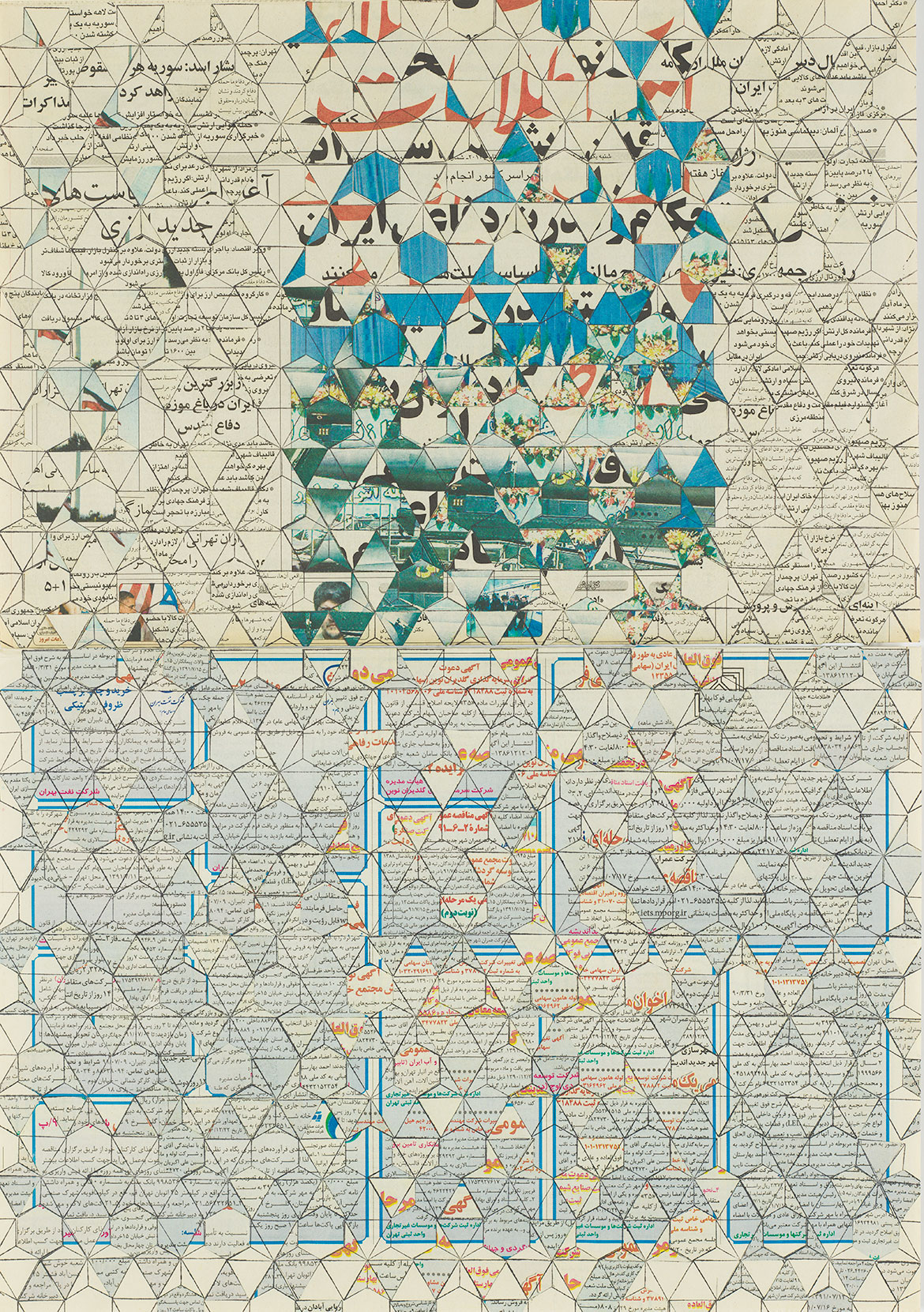 Nazgol Ansarinia cuts newspaper pages into an intricate grid, twisting information into disorienting patterns. In these works, she uses two different newspaper articles published on the same day and combines them to form a paper mosaic. What should be an objective record of current events instead becomes a kaleidoscopic network of nonsense. Discussing the series, the artist notes:

When you look in a mirror, you expect to see a true reflection of yourself. But what you see in these mirror mosaics is a kaleidoscopic distortion of reality. Similarly, the role of a newspaper is to reflect the reality within society. But when you read two different perspectives in two different newspapers, it becomes evident that reality is subjective and depends on the storyteller’s perspective. Like the mirror mosaics, my newspaper mosaics are visually attractive, but do not give us a true picture of the event.

Feature image detail: Mona Hatoum So much I want to say (still) 1985 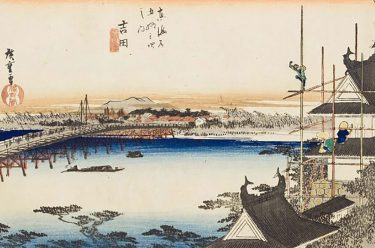 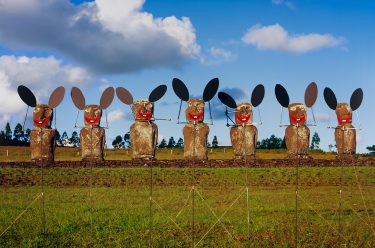