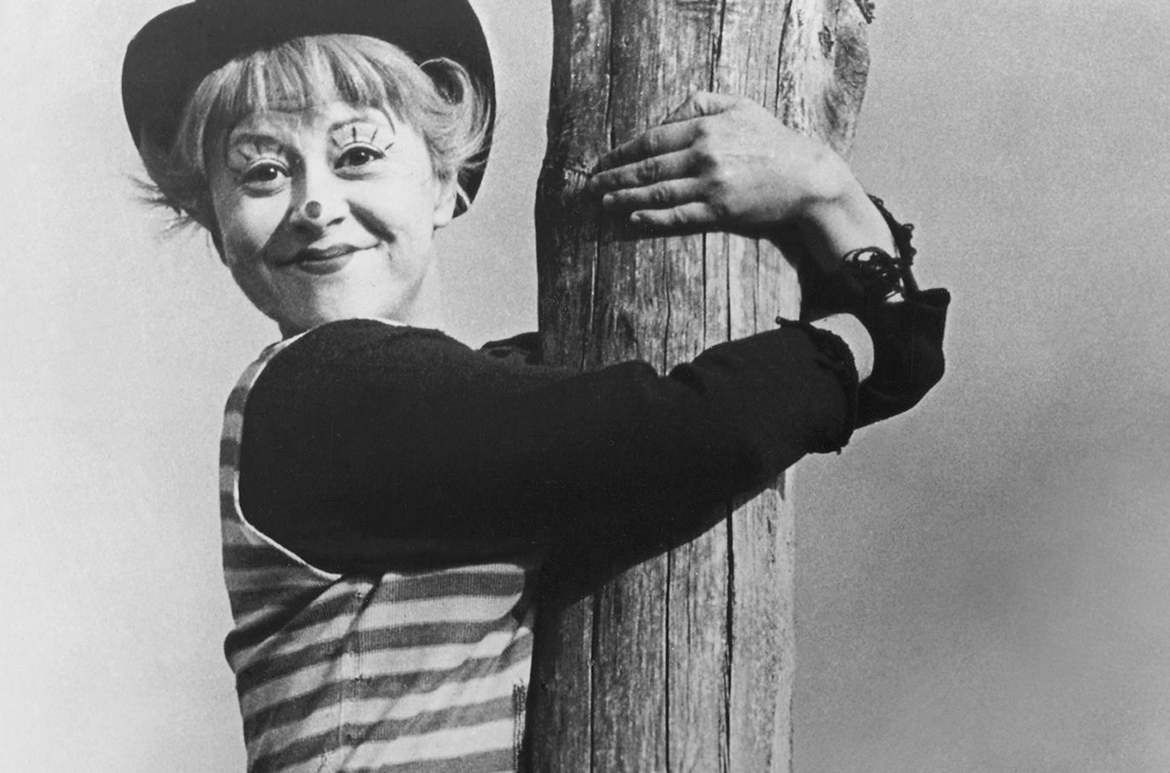 The current film program at the Australian Cinémathèque in GOMA is a complete retrospective of all the films made by Italian master filmmaker Federico Fellini. It’s a tough choice for which films to see, where do you start? There are some Fellini films that just cry out to be seen on the big screen, here’s my top 5 Fellini films not to be missed.

The seductive yet damning La Dolce Vita 1960 follows journalist Marcello (played by the infinitely cool Marcello Mastroianni) as he drifts across Rome on assignment and through complicated romantic entanglements. The film stars some of Fellini’s most notable acting collaborators including Mastroianni, Anouk Aimée and Anita Ekberg playing film star Sylvia Rank, who famously wades into the Trevi fountain in a ballgown, coaxing Marcello after her.

Actress Giulietta Masina, and wife of Federico Fellini, delivers an exquisitely expressive and layered portrayal of Cabiria, a sex worker in the back alleys of Rome. Through betrayal and disappointment Cabiria’s resilience and good heart shines. Masina won the Best Actress prize at the 1957 Cannes Film Festival and Nights of Cabiria won the Academy Award for Best Foreign Language Film the same year.

One of Fellini’s most highly influential and acclaimed films, La Strada 1954 follows a small travelling circus in this poetic tale that meditates on the possibilities of sweetness or cruelty in life. Celebrated actress Giulietta Masina is a revelation as Gelsomina, the innocent and melancholy clown sold into servitude to the travelling strongman, Zampanò, played by Anthony Quinn.

Fellini’s Satyricon 1969 is based on the collection of stories by Petronius (one of Emperor Nero’s advisors) and is the director’s interpretation of ancient Rome through the lens of what he termed ‘science fiction’. The scale of Fellini’s cinematic vision, achieved with elaborate production design and costuming, is staggering. Brimming with sexual liberation and experimentation — orgiastic banquets, gilded bodies, minotaurs — the film’s extravagance and decadence is both a magnetic spectacle and a damming critique of excess.

The iconic 8 ½, made in 1963, is Fellini’s masterpiece. An exploration of filmmaking and the creative spark, it examines the terror of a director out of ideas, with a team of film professionals waiting on him for a project to commence. Marcello Mastroianni brilliantly acts as Fellini’s alter ego, Guido, in a turmoil of romantic confusion, bombarded by intrusive memories and outrageous fantasy sequences.

6 (Our wild card) Juliet of the Spirits

Can you imagine making a film — the premise of which is about your innermost thoughts, draws from your own dreamscapes, you’re being directed by your husband (a famous filmmaker) and the story is primarily about your husband’s adulterous nature? This is what the phenomenal actress Giulietta Masina did. Juliet of the Spirits 1965 is a lavish and wild film in hyper-colour that was written specifically for Masina which does actually draw from her own dreams and memories. Juliet of the Spirits is a deeply brave undertaking by a radiant and strong Masina.

The films of Federico Fellini

‘The Films of Federico Fellini’ is at the Australian Cinémathèque, GOMA from 16 August until 2 October 2022.