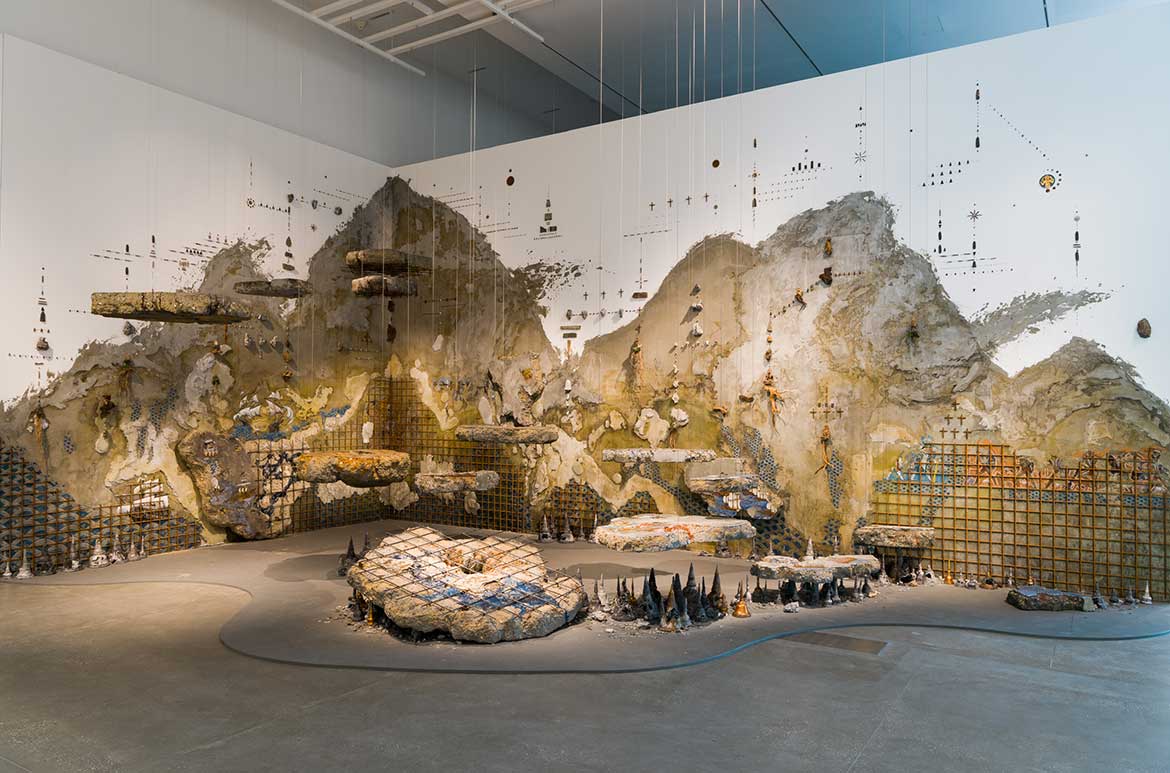 Yodmanee’s In the Aftermath is a complex, immersive installation, presenting delicately painted stories in vivid temperas, gold pigments and mineral paints on the uneven surfaces of a constructed ruin. 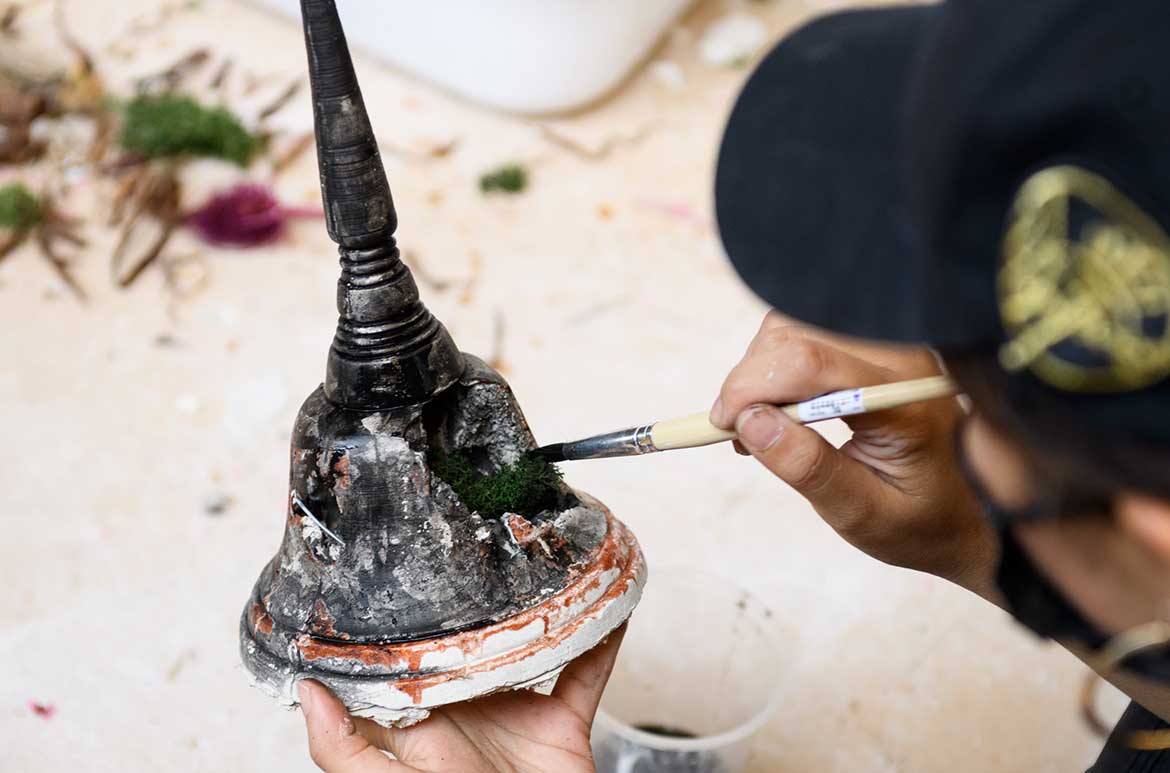 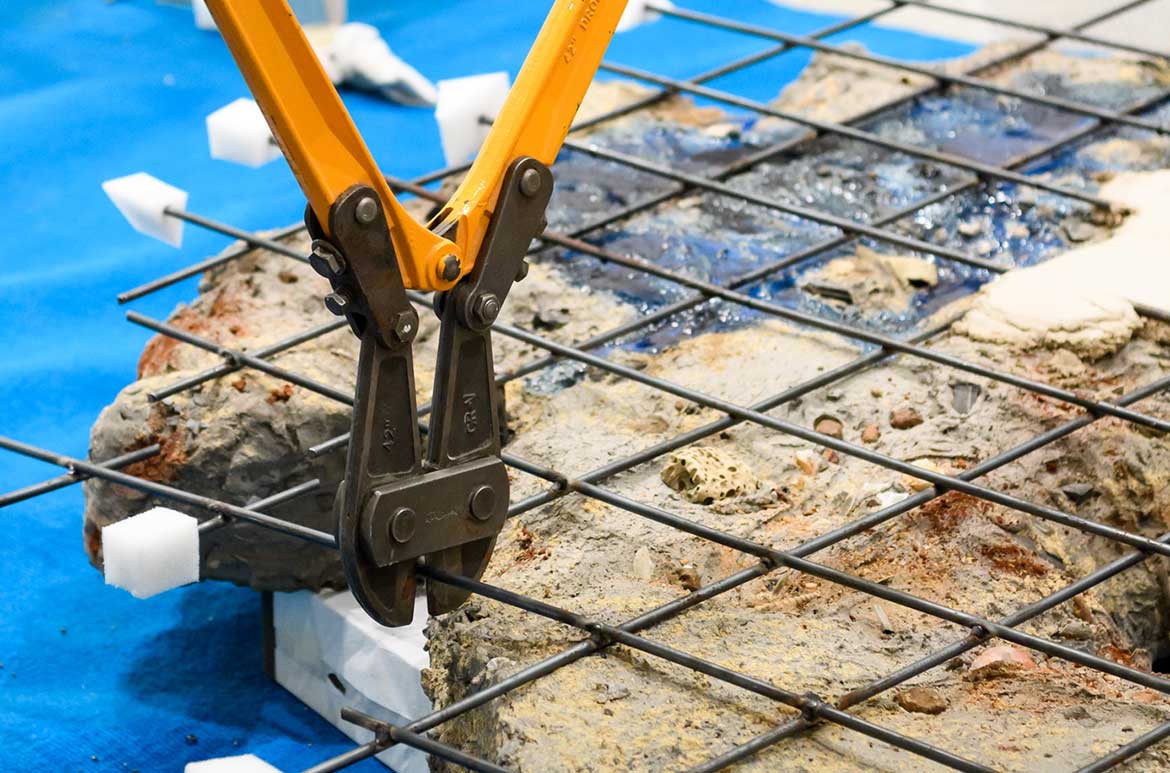 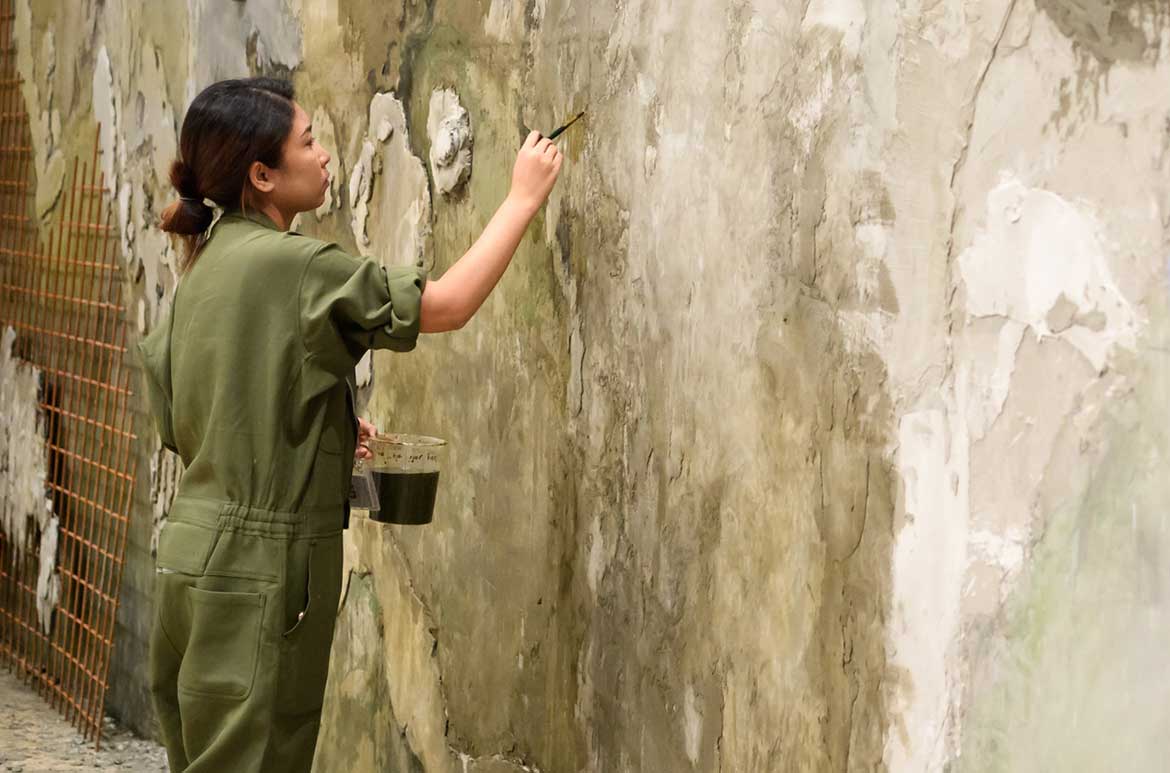 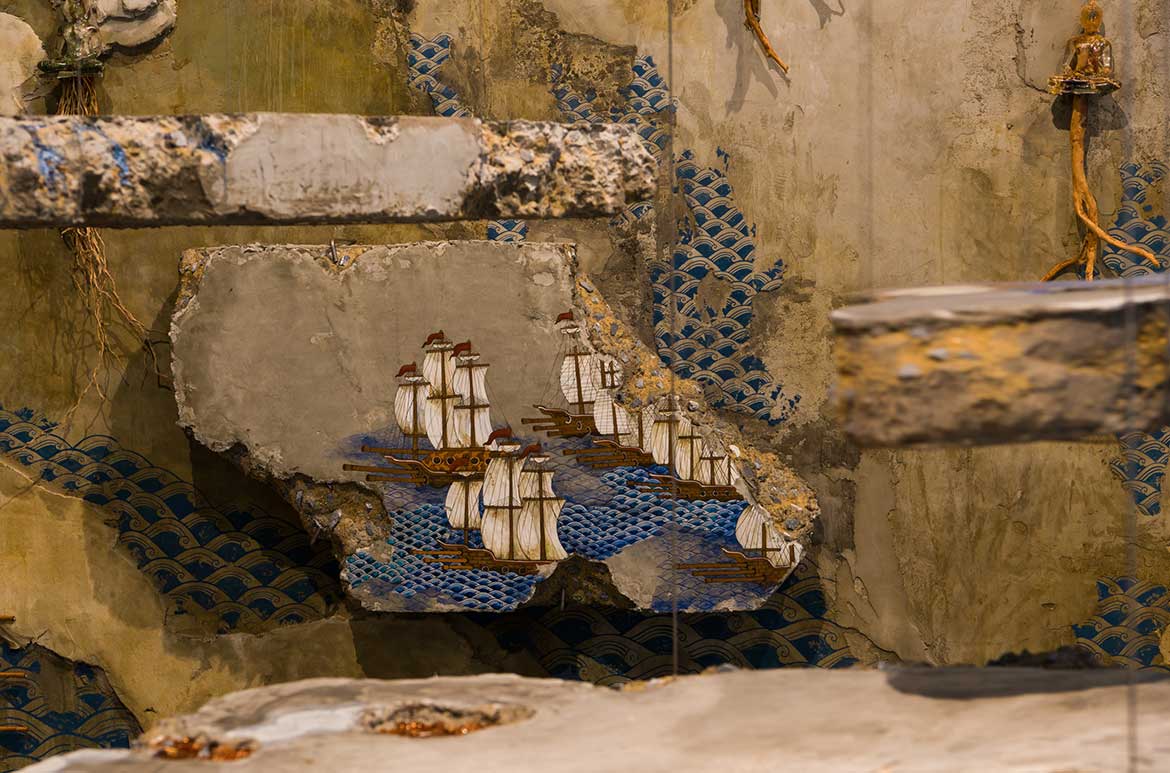 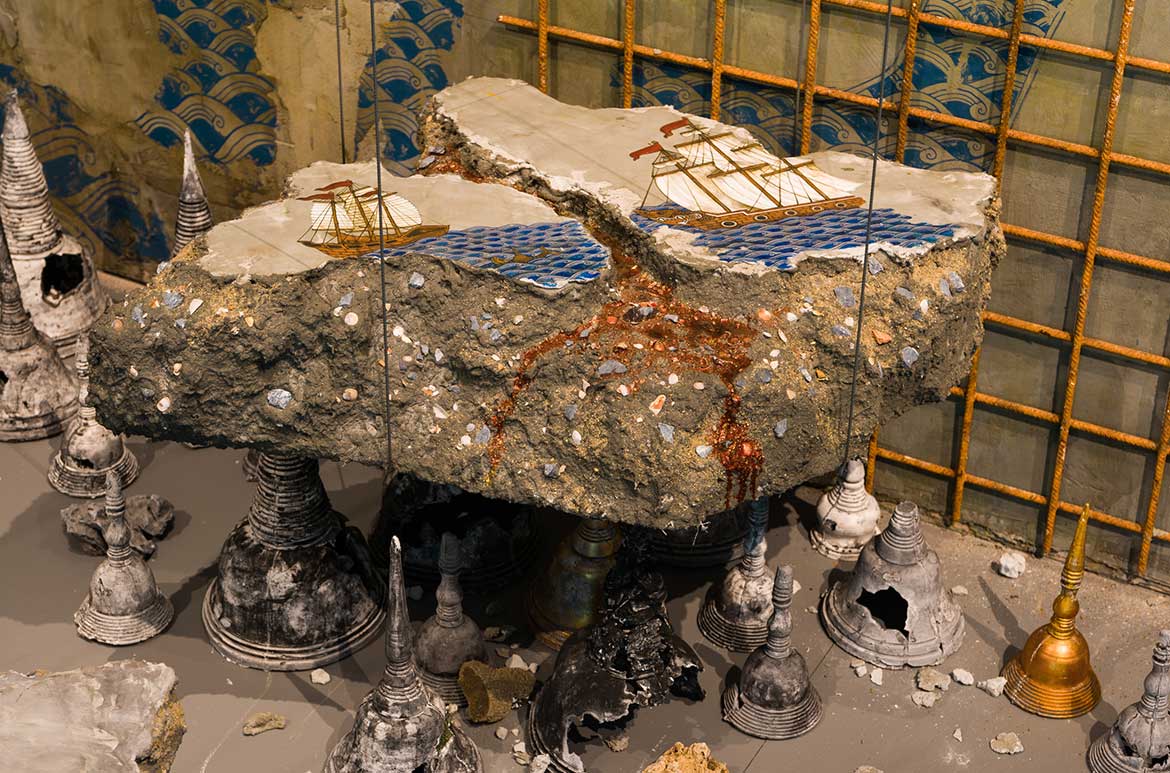 Read more about Pannaphan Yodmanee in the publication The 9th Asia Pacific Triennial of Contemporary Art available in-store and online from the QAGOMA Store. 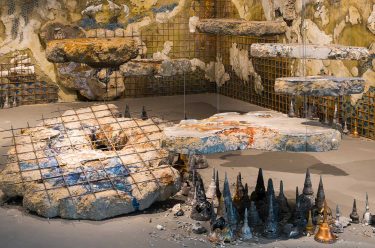