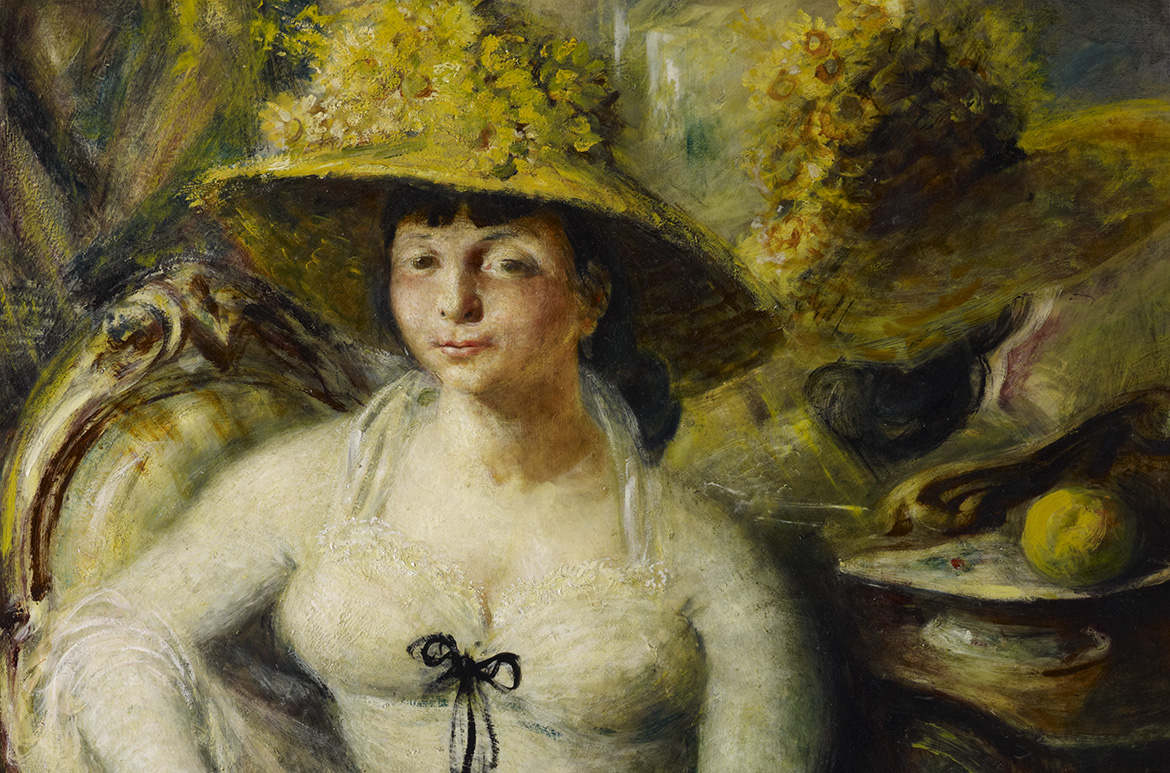 No other subject has won the Archibald twice (self-portraits by Brett Whiteley and William Robinson aside), and the 63-year span between Dobell’s and Quilty’s pictures is a true reflection of Olley’s enduring influence on other artists.

Olley had a great capacity for friendship, not only with other artists — with whom she made many convivial sketching and painting excursions — but also with supporters and dealers. These lifelong friendships were strengthened by a process of exchange and mutual recognition.

Early friendships with artists in Sydney found expression in Dobell’s 1948 Archibald Prize–winning portrait Margaret Olley, which made Olley an unwilling art-world celebrity. Dobell picked Olley for his famous 1949 Archibald Prize–winning portrait after Loudon Sainthill had an exhibition at Macquarie Galleries in Sydney. He sent her an invitation saying, ‘Darling Olley, please come dressed as a duchess’. Fabric, however, was in short supply after the war — only parachute silk was available. Fellow artist Fred Jessup gave Olley the sleeves from his grandmother’s wedding dress, and she pieced them together with parachute silk to make herself an outfit. In the end, she was a very successful duchess. After the exhibition there was a party until dawn at Russell Drysdale’s place in Rose Bay. When Olley and Dobell were going back in the tram together to Circular Quay, he said he’d like to paint her. So she went along to his studio wearing an ordinary beige dress and one of her rather extravagant hats. She only had one sitting. When she finally saw the painting, Dobell painted her in the duchess dress.

Her friendships extended to a later generation, too, as she acquired the works of younger artists, including Cressida Campbell, Nicholas Harding and Ben Quilty.

These artists, in turn, also created portraits of Olley, including Quilty’s 2011 depiction of her which, like Dobell’s before it, won the Archibald Prize. While Dobell’s portrait presents Olley in an almost full-length fancy dress and an elaborate hat, Quilty’s is an unflinching close-up of a sun-damaged and truthfully aged face. In both, Olley’s bright eyes command the viewer.

Olley liked Ben Quilty’s work, she judged Quilty in the Brett Whiteley Travelling Art Scholarship when he was only 29, she loved his thick use of paint. The Archibald Prize–winning portrait he made of Olley in 2011 just thrilled her so much. She said, ‘I’ve got life bookends — an Archibald at the beginning and an Archibald at the end’.

Olley is also present in Ian Fairweather’s cryptically titled painting MO, PB and the ti-tree 1965, and was one of only a few people invited to visit the reclusive artist on Bribie Island. A bridge connecting Bribie Island to the mainland had opened in 1963, making the pilgrimage to Fairweather’s studio faster and easier for his artworld acquaintances. Olley respected Fairweather’s privacy, and only ever visited him with a few other people she felt would be of interest to the artist.

RELATED: The life and art of Ian Fairweather

Olley was a very popular figure in the Australian art scene, her portrait was painted by several Australian modernists. Olley was also the subject of Russell Drysdale’s portrait in 1948, the same year William Dobell won the Archibald Prize, while much later Jeffrey Smart would paint Second Study for Margaret Olley in the Louvre Museum 1994–95.